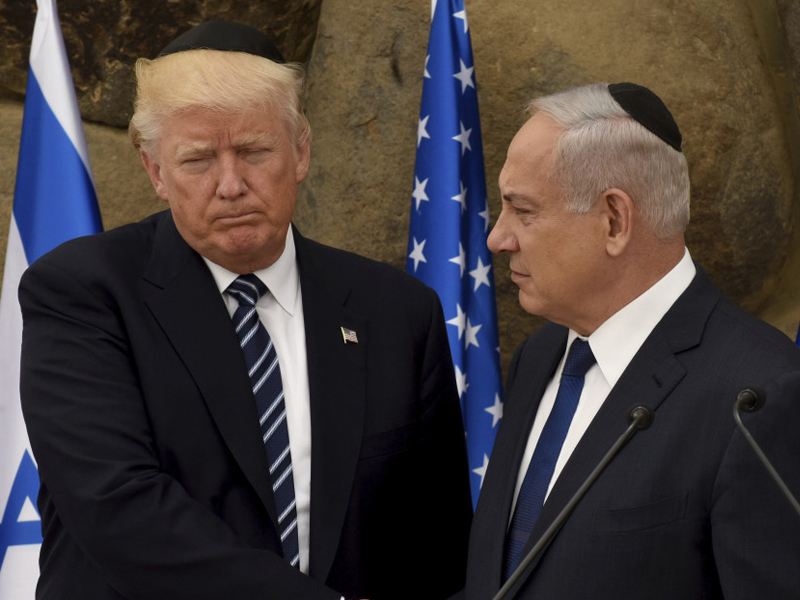 When President Trump on 6 December 2017 declared unilaterally Jerusalem as the capital of Israel to where the US Embassy shall relocate, he violated UN Resolutions, international law, common sense and went against all diplomatic efforts to eventually bring peace to the region, not to speak about 130 countries that have already voiced opposition to such a decision. And this, before the Peace Process is coming to an end, at which point the 1993 Oslo Peace Accords would play out. They are also called the Road Map for Peace, between Palestine and Israel, which foresees a two-state solution and accordingly a mutual decision on Jerusalem becoming the capital city for both Palestine and Israel. These Oslo Peace Accords are still valid today.

But Mr. Trump may not have a clue that such a Peace Accord even exists. And his handlers obviously had no interest of telling him. – And even if they did, it would make no difference, because the exceptional nation has no scruples demolishing any agreements of the past, regardless whether or not it – the US of A – were party to the shaping of them. – See also the Iranian Nuclear Deal.

By the same token, Washington does not give a hoot about international law and UN Resolutions. We are talking about the only and perfect rogue state the world has known in the past two centuries, by far surpassing, actually without any comparison with the western customarily accused villains, like Zimbabwe, North Korea, Iran, Syria, Venezuela, Cuba – and all those that refuse to bend to the Chief-Rogue-State, the United States of America.

In fact, what Trump has done, was just confirming what previous US Administrations had already as an objective, namely following the so-called “Jerusalem Embassy Act of 1995“, with which the US Congress already 20 years ago, requested and prepared this step by legislation that says, “Since 1950, Jerusalem is the Capital of the State of Israel…”. Never mind and, of course not reported by the mainstream media, that immediately after promising the US Embassy would be moved to Jerusalem, Trump signed a “waiver” postponing the move indefinitely, or until the international situation becomes “clear(er)”. – Who does the US Congress think they are – God the Almighty? To decide over the “Holy City”, Jerusalem, the historic centre of the three-religion monotheist culture of 5,000 years of Judo-Christianism, also incorporating Islam, is an act of arrogance without comparison.