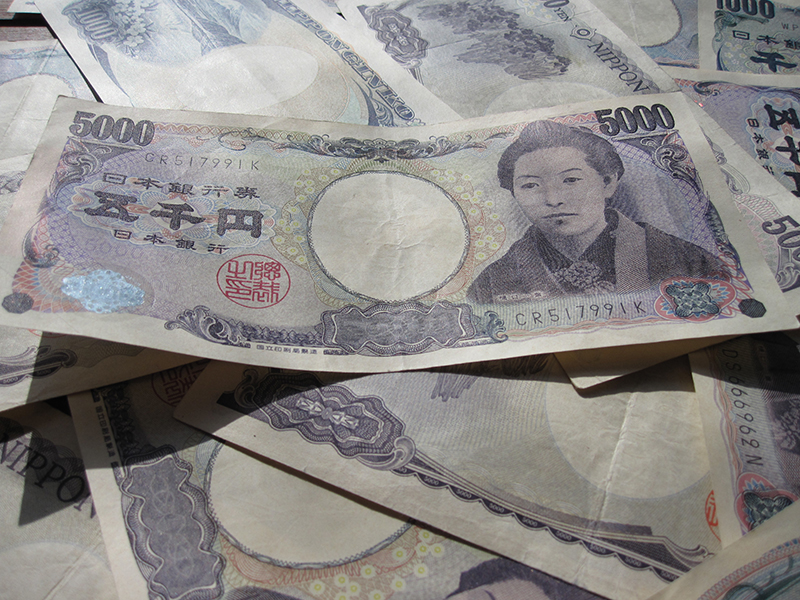 With 1970s galloping inflation threatening to bring down the US economy and with it the US dollar based global trading order, Milton Friedman proved correct in his policy advice that rapidly curtailing the money supply and restricting credit creation would halt the rot. But as Japan is painfully discovering, monetarist faith that following the opposite course will raise price levels to resuscitate growth is a fool’s errand.

When Milton Friedman acolyte Ben Bernanke was a Professor at Princeton University, he had lectured Japan during a 2000 visit on the role of monetary policy in combating deflation. Bernanke, weighing in on what was then Japan’s first so-called “lost decade”, opined: “monetary authorities can issue as much money as they like…money issuance must ultimately raise the price level, even if nominal interest rates are bounded at zero”.1 Bernanke, like Friedman, however, holds two problematic assumptions about “money issuance” which, in the end, serve to vitiate this simple story. Firstly, there is the important question of the difference between “commodity money” of 19th century financial systems and current state “fiat money”. Secondly, Friedman and Bernanke never imagined structural impediments materialising to thwart “supplied” money from being “activated” in the “real” economy. Let us treat these as a prelude to exploring the predicament Japan faces in the global economy today.

Global finance under the commodity money gold standard engendered a seamless integration of international, national and local monetary relations of states connected to its trading order with central banks superintending unrestricted import and export of gold, which national currencies were fixed to. The state had no policy role in regulating the money supply. The gold reserve of each country, secured in respective central bank vaults, constituted the foundation for both credit creation by commercial banks and the “legal tender” or banknotes issued by the central bank. Money issuance, whether for discounting bills of exchange or to meet cash payment needs, occurred “automatically” in response to ebbs and flows in buying and selling of goods. If defaults hit an economy, gold reserves were drained from central banks besetting economies with deflation and austerity until gold stocks were replenished.

Under fiat money regimes marking economies from the 1950s, and the global economy with the 1971 demise of Bretton Woods, state debt security IOUs serve as monetary reserves. It is the holding of these government securities or bonds between the central bank and commercial banks connected to it that determines the level of the “monetary base” and extent of credit creation in the economy. Crucially, the role central banks play in fiat money regimes’ buying and selling securities to grow or shrink the monetary base conjures up the notion of central bank “independence” with the illusion that money issuance is solely a matter for “monetary authorities”. However, unlike the gold standard, the arrival at an “optimal” supply of money in fiat money regimes can only be achieved through state policy. It is simply the case that states delegate to central banks the power to determine the level of the monetary base – which is itself a state policy decision. It is precisely the need for maintaining policy flexibility which moved major economies in the post World War II (WWII) period to abandon the gold standard.2

Our second question, of money pooling “idly” in the financial system, and not being “activated” in real economic activity, is something Friedman and Bernanke along with the whole mainstream economics profession never countenanced. As has been strongly emphasised of late, neoclassical macroeconomic theory blithely assumes saved funds will always be borrowed and spent, and never problematises the financial system in its models.3 From the perspective of Marxian economics, however, the very efficiency of capitalist economies required banking systems play a “capitalist social” role. That is, in capitalist economies, the banking system holds funds rendered temporarily “idle” by businesses during the course of business cycles. Idle money deposited by a particular business is then made available to any business to realise profitable investment opportunities or to commercial capital which purchases goods wholesale, clearing inventories and enabling rapid reinvestment of profits.

Richard Westra received his PhD from Queen’s University, Canada in 2001. He is author or editor of 14 books. His work has been published in numerous international peer reviewed journals. He is co-editor of Journal of Contemporary Asia. His most recent single authored book is Unleashing Usury: How Finance Opened the Door to Capitalism Then Swallowed It Whole (Clarity Press, 2016).

1. Bernanke, B., “Japanese Monetary Policy: A Case of Self-Induced Paralysis?” in Mikitani R., and Posen A. (eds.), 2000 Japan’s Financial Crisis and Its Parallels to the U.S. Experience, Institute for International Economics, , p.158.

2. Sekine T., “Fiat Money and How to Combat Debt Deflation”, in Yagi K., et al. (eds.) 2012, Crises of Global Economies and the Future of Capitalism, Routledge.

3. Koo R. C., 2016, “The Other Half of Macroeconomics and the Three Stages of Economic Development”,http://www.paecon.net/ PAEReview/issue75/Koo75.pdf.

4. Sekine, “Fiat Money and How to Combat Debt Deflation”.

5. See on this and what follows, Westra R., 2012, The Evil Axis of Finance: The US-Japan-China Stranglehold on the Global Future, Clarity, Chapters 2, 4 and 5.

7. Wincoop E. van and K-M Yi, “Asia Crisis Postmortem: Where Did the Money Go and Did the United States Benefit?” https://www.newyorkfed.org/medialibrary/media/research/epr/00v06n3/0009vanw.pdf.

8. Sauga M. and Seith A. “Out of Ammo? The Eroding Power of Central Banks”, http://www.spiegel.de/international/business/central-banks-ability-to-influence-markets-waning-a-964757.html.

9. Bloomberg View, “China’s Fall, Not Rise, Is the RealGlobal Threat”,http://www.bloomberg.com/news/2011-10-04/china-s-fall-not-its-rise-is-the-real-threat-to-the-global-economy-view.html.

13. Durden T., “How Central Banks Are LBOing The World In One Stunning Chart”, http://www.zerohedge.com/news/2016-09-05how-central-banks-are-lboing-world-one-stunning-chart.

16. Koo, “The Other Half of Macroeconomics and the Three Stages of Economic Development”.