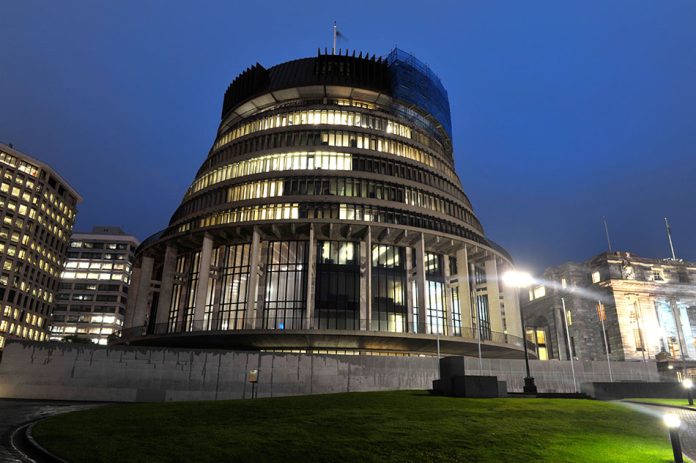 “Uneasy lies the head that wears a crown”, wrote Shakespeare, way back in the 1500s. It’s not a new idea that top-level leadership jobs are intensely stressful and pose a heavy toll. Extended periods of stress are known to put people at risk of burnout.

Yet probably few of us can ever grasp just how unrelentingly demanding and difficult leading a country actually is. Especially in times of crisis and with our modern media and online environment, every statement and every move a leader makes is subject to extensive scrutiny and commentary.

Increasingly, a troubling feature of the commentary about New Zealand Prime Minister Jacinda Ardern has been its abusive, violent, sexist and misogynistic tenor.

In the last two years the misogyny and violence directed towards Ardern has increased in volume and become more dangerous.

“The language and imagery used to talk about the Prime Minister has become more violent, more vulgar, more crude and repetitive.”https://t.co/fjuy9q0qYM

While she has not focused on this as a reason for her decision to resign yesterday, being targeted in this way, and knowing her partner and even her child were also targeted, must surely have made an already difficult job so much more challenging.

Crises have long been understood as the most intensive tests of a leader’s skill and character. They involve making weighty decisions, at times about matters that quite literally have life and death implications. Decisions have to be made at speed, but often with insufficient information to confidently predict the consequences of the choices made.

Ardern’s premiership has thrown crisis after crisis her way. And time and time again, she has displayed a strength of character and considerable leadership skills in responding to them.

Her handling of the Christchurch terror attacks won global admiration for her composure, compassion and decisive resolve to ensure such heinous acts could not be repeated here.

Her response to the Whakaari White Island eruption garnered similar praise, showing yet again her intuitive grasp that a leader offering support to those caught up in such a distressing event actually makes a difference. That Ardern has sought to combine compassion and kindness with the courage to make tough decisions is a key feature of her style.

Unrealistic expectations of a leader

Throughout the pandemic, Arden has repeatedly proved her willingness to make courageous decisions. Combined with her prowess at mobilising the public’s understanding and support for the government’s COVID response, this was critical to the success of the elimination strategy. Many lives and livelihoods have been saved due to her leadership.

When Delta and then Omicron emerged, Ardern sought to continually adapt the government’s policies to a changing context. While tenacity and resilience may number among her many strengths, dogmatism is not one of her weaknesses.

Of course not all decisions proved to be optimal – expecting them to be so would be wildly unrealistic. Some of her decisions have sparked a strong negative response. But it’s foolish to expect perfection from leaders, and the job unavoidably means making tough calls not everyone will agree with.

Rise in sexist and mysogynistic abuse

No leader is omnipotent, especially in a democracy and in a globally interconnected world.

The latest crisis Ardern has been grappling with – the cost of living – is in large measure driven by global forces far beyond the control of any New Zealand prime minister. New Zealand’s situation is better than many other countries, but unfortunately for Ardern this holds little sway for some people.

The reality, then, is that her growing unpopularity has in part been rooted in people having unrealistic expectations of what leaders can and can’t actually do, and needing someone to blame. But there’s also no getting away from the fact that far too much of the criticism directed at her has been coloured by sexist and misogynistic attitudes.

There’s a continuum in how this is expressed. It starts with one C word – Cindy – which is a sexist attempt to belittle her authority and status as an adult woman who is the elected leader of our country.

It ends with the other C word. Research by the Disinformation Project shows its usage is enmeshed within a wider discourse that denigrates other aspects of her identity as a woman and extends to fantasising about her rape and death.

This kind of behaviour is simply inexcusable. It should be to New Zealand’s eternal shame that Ardern has been subjected to this. It cannot be justified by arguing her policies have been controversial and she “deserves” this abuse: that line of reasoning simply replicates the defence long used by rapists and domestic abusers.

Ardern is New Zealand’s third woman prime minister. The glass ceiling for that role is well and truly broken. We now also have equal representation of women within parliament. But the sexist and misogynistic nature of so much of the criticism and abuse directed at Ardern also shows we are a very long way from having equal treatment of women in leadership.

This article was originally published in The Conversation on 20 January 2023. It can be accessed here: https://theconversation.com/jacinda-arderns-resignation-gender-and-the-toll-of-strong-compassionate-leadership-198152