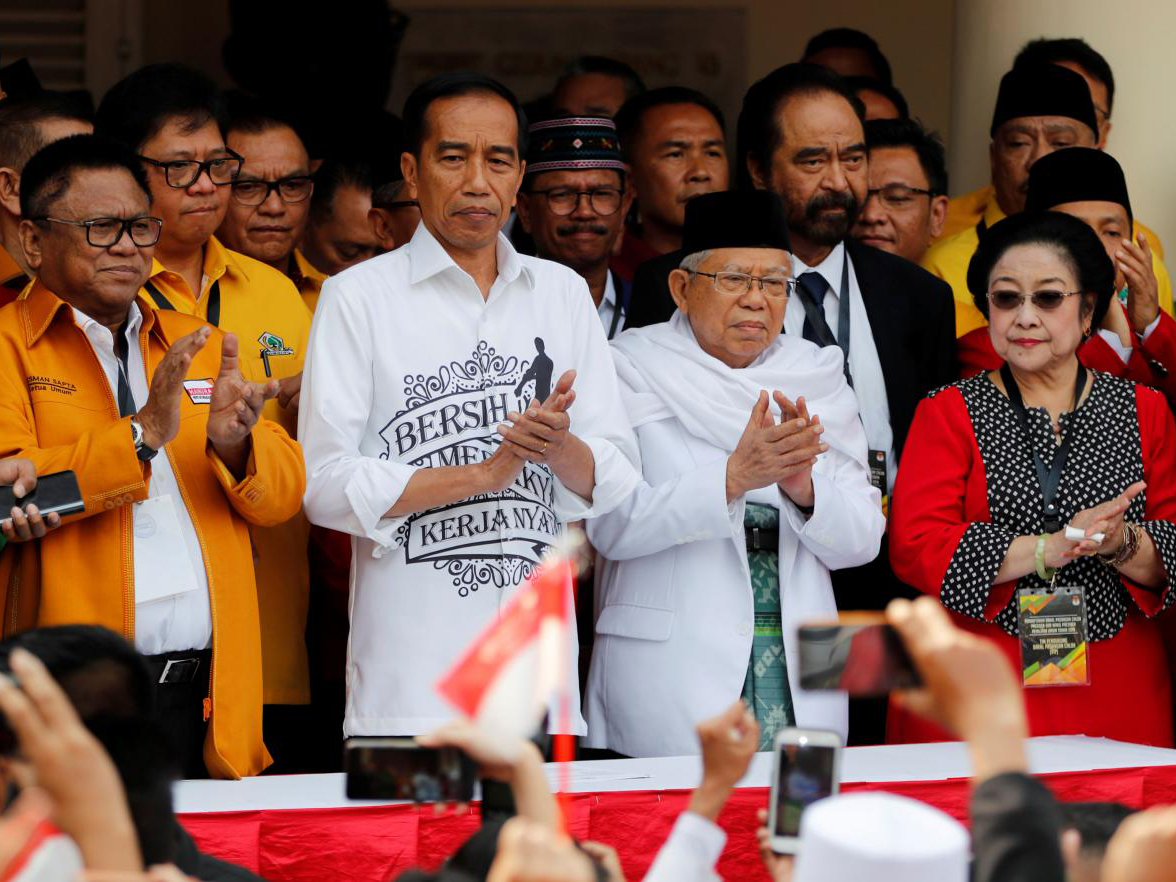 The issue of political Islam and the state in Indonesia apparently continues to roll ahead of the 2019 presidential election as President Joko Widodo from the Indonesian Democratic Struggle Party (PDIP) took Professor Ma’ruf Amin as a vice presidential candidate. Ma’ruf Amin is an ulema, scholar, and an expert in Islamic economics.

The declaration of cleric Ma’ruf Amin as President Jokowi’s running mate in next year’s presidential election has surprised many as the announcement occurred just hours after former Consitutional Court chief justice Professor Mahfud MD appeared to confirm he was the vice presidential choice of Widodo.

What also made the decision astonishing is the fact that Jokowi was nominated as a presidential candidate by the Struggle Indonesian Democratic Party (PDIP), the ruling party which had been perceived as a nationalist-red party and not too open to Islamic policies, although in the past presidential election, PDIP was supported by a mass Islamic-based party, particularly the United Development Party (PPP), the National Awakening Party (PKB), and several NU cadres.

Is the election of Amin as Jokowi’s Vice President candidate aimed at alleviating tensions over political Islam within the country or Jokowi is purely  seeking victory?

Ahmad Dahlan is a doctor in Islamic Economics and Finance, and a lecturer at the Faculty of Economics and Islamic Business, IAIN Purwokerto, Indonesia. He wrote many books, articles, competitive researches; was active in the Sharia Economic Community Expert Council (MES); and served as a Deputy Chair of the Indonesian Economists Association (IAEI), Banyumas Regency. His article, “Political Economy of Islamic Banking in Indonesia,” was recently published in the American International Journal of Social Science (June 2018).

5. Karnanen Anwar Perwaatmadja, interview, Tuesday, July 12, 2016 at Jakarta. The sentence were processed by the author.

6. At that time invited PP No. 70, 71 and 72 concerning banking based on profit sharing principle.