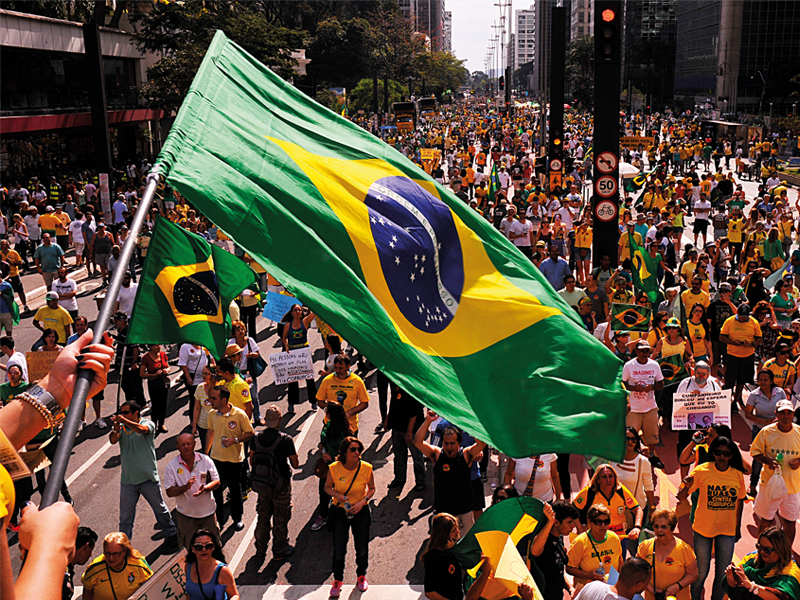 In this article Manoel Bittencourt argues that corruption is killing economic growth and prosperity in Brazil. Using standard economic theory and data he shows that the demonstrations taking place in Brazil are a natural reaction of a population that wants a brighter present in “the country of the future”.

Back in the early 1980s, when I was a kid growing up in Brazil, my late father would tell my brother and I that Brazil was “the country of the future”. Fast forwarding in time, in 2005, when I was a PhD student, I flew from Bristol to Frankfurt and the British Airways aircraft was a Brazilian Embraer 190. As a Brazilian, I confess that at first I felt a sense of trepidation, but then I felt proud that Brazil was already exporting that sort of technologically-advanced equipment to a company such as British Airways. Moving in time again, in 2013, when I was a visiting Professor at Heidelberg University, I watched on TV the massive demonstrations taking place in Brazil and, if I remember well, the main grievances at the time were corruption and poor public services delivery. Moving even closer in time, in 2015 more demonstrations are taking place and the main grievance this time is, well, corruption again (by now everybody has heard of the Petrobrás scandal). Coincidentally enough, in 2005, when Brazil was flying high, the economy was growing at a respectable 3.14% and in 2014, when the demonstrations had already kicked in, at just 0.14% per year.

Coincidentally enough, in 2005, when Brazil was flying high, the economy was growing at a respectable 3.14% and in 2014, when the demonstrations had already kicked in, at just 0.14% per year.

Given the above, the first question one would ask is: does economic growth matter? I would argue that it does. For instance, using the 70/g rule one can easily predict that an economy growing at a mere 2% per year doubles its income per capita every 35 years (no small feat). Thus, growth matters for economic (and all sorts of) welfare.