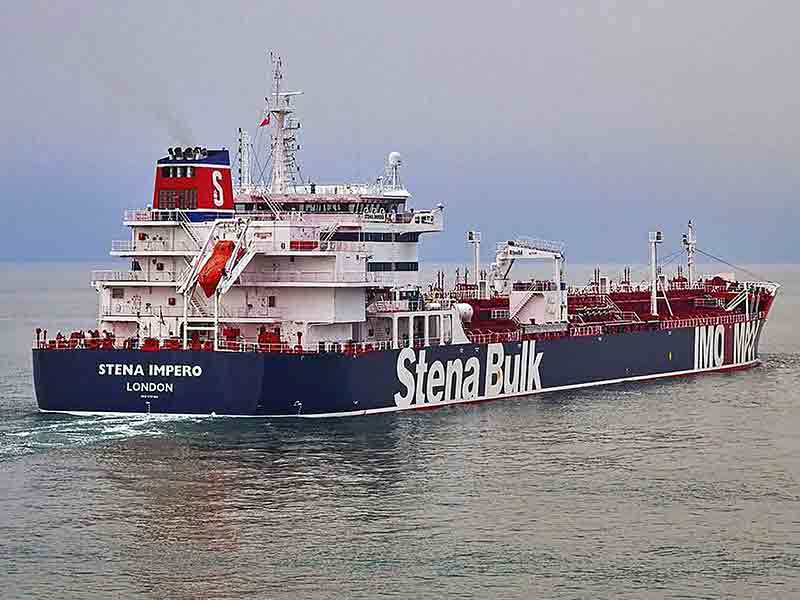 The British-flagged tanker “Steno Impero”, heading for Saudi Arabia, was seized on Friday, 19 July 2019, by the Islamic Revolutionary Guard Corps (IRGC), in the Strait of Hormuz, after it rammed an Iranian fishing boat, whose distress call it ignored.

The tanker was taken to an Iranian port, because it was not complying with “international maritime laws and regulations,” Iran’s Revolutionary Guard said. Most importantly, the ship did not respond to several warnings from helicopters and Iranian boats, as apparently it turned off its transponder. How could that happen under control of professional sailors, other than as an open provocation.

Shipping safety in the Strait of Hormuz is crucial. Between 20% and 30% of the world’s hydrocarbons are shipped through this narrow passage of international water way before entering the Gulf of Oman. The strait is closely watched by Iran, as it is of utmost security concern for Iran. If this passage were to be closed due to conflict, it could bring down the world economy.

Do those that play these provocations, the UK as a handler dancing to the strings pulled by of Washington, realize what’s at stake? – Do they want to bring the Middle East to the brink of war? A regional war that could easily convert into a world war?

That may well be the longer-term intention. In the short-run, though it looks like pushing the escalation to a point where US ‘Client Europe’ may be discouraged from insisting on maintaining their part of the Iran Nuclear deal, or the Joint Comprehensive Plan of Action (JCPOA), and to blackmail Iran into a bilateral negotiation with the US on Iran’s nuclear program.

The first objective may be achieved; the second – no way. Iran is not falling for such fraud, especially with the country that pulled unilaterally out of the deal that was negotiated for two years (since November 2013) before it was signed in Vienna, Austria on 14 July 2015, by the 5+1 (the five permanent members of the UN Security Council – China, France, Russia, UK and US – plus Germany – and the European Union, and of course Iran).

Not only did President Trump, guided by his buddy, Israel’s Netanyahu, tear up the agreement unilaterally, but he also reinstated one of the most severe economic sanctions programs on Iran, plus all the western lies and smear propaganda launched against Iran. It is sheer insanity to believe that Iran would under these circumstances go to the negotiating table with her hangman. That will not happen. But war tensions are being further raised which is fully in the direction of the war criminal-in-chief, John Bolton’s dream, ever since the invasion in 2003 of Iraq which he also helped to engineer. It is like this sick man’s raison d’être. Mass killing by war and conflict is in his genes. The world can only hope that Trump, or those who pull the strings behind Trump, will eventually dismiss Bolton.

Iran has already said that they will launch a full investigation into the British tanker’s, Steno Impero’s, sailing off course and ramming a fishing boat – and that the UK is invited to participate in the investigation.