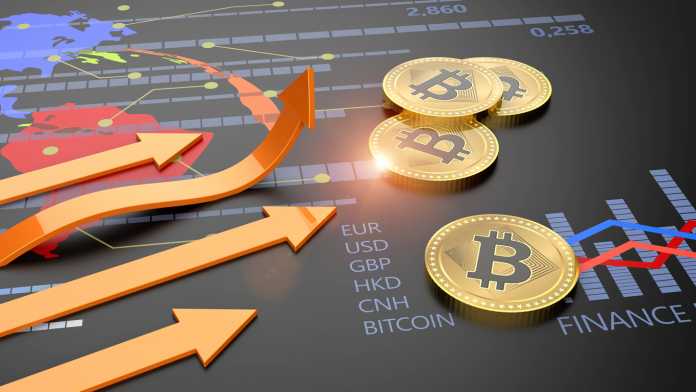 Bitcoin is a peer-to-peer electronic cash system or cryptocurrency. Bitcoin was founded in 2009 by Satoshi Nakamoto, an anonymous person or group of people whose identity still remains obscure. Bitcoin is the largest cryptocurrency in terms of market cap.

Bitcoin has no physical form because it stores itself as entries in a database called blockchain, which are transfers of value between Bitcoin wallets, which are basically accounts that allow users to send and receive Bitcoin to other users. Bitcoin can be used anonymously by sending one-way cryptographic hash IDs called hashes, instead of the whole sensitive information like wallet addresses when creating transactions using the Bitcoin network. You can explore bitcoin buyer software, if you want to get proper tips and tricks for stepping in bitcoin trading.

Bitcoin as an Open-Source Currency

Bitcoin operates on open source software so anyone with knowledge about how programming languages work can contribute to Bitcoin protocol development. This also means changes to the Bitcoin protocol can only be made if all Bitcoin users agree on the changes, instead of a central governing figure like a king. Bitcoin also has no geographical boundaries and is not bound by any one country’s financial rules and regulations.

Bitcoin is popular for its pseudo-anonymous transactions that follow Bitcoin protocol which makes Bitcoin transactions irreversible and impossible to fake or cancel. Bitcoin is easily transferred anywhere in the world within minutes without having to pay transaction fees because Bitcoin is not under the rule of any central authority like banks, governments, or other companies like VISA who can charge transaction fees because they provide services such as identifying buyers and sellers with their personal information. Bitcoin is very volatile, especially when compared to government-issued currencies since it doesn’t have an issuer whose job is to produce more Bitcoin when the Bitcoin demand rises and vice versa when Bitcoin demand is low. Bitcoin’s price can fluctuate wildly in a short period of time, such as from $11000 USD to $9000 in less than a month because Bitcoin isn’t controlled by any government or institution. Bitcoin has been criticised for not being backed by anything physical like gold but Bitcoin does have value in that it is an internet protocol and anyone with knowledge about programming languages can contribute to Bitcoin protocol development and anyone in the world with an internet connection also has access to Bitcoin which makes it an important part of global commerce despite its volatility.

Bitcoin was invented because users wanted a currency whose value wasn’t dependent on trust, which is one of the reasons why Bitcoin has no central authority. Bitcoin was invented so users can have complete control over their money without having to trust anyone else, even if they are fully anonymous which is why Bitcoin transactions are irreversible. Bitcoin was also invented so the middleman, third party institutions like banks, governments, and companies like VISA who charge transaction fees because they provide services that Bitcoin doesn’t need because Bitcoin allows for direct peer-to-peer transactions without the need of a third party.

The decentralised nature of Bitcoin makes it practically impossible to take down Bitcoin unless you shut down the Internet itself because Bitcoin servers are hosted by people called miners who contribute their own computing power to verify Bitcoin transactions by solving mathematical problems through encryption during block validation to sure everyone on all computers connected to Bitcoin is running Bitcoin software that enforces Bitcoin protocol rules which makes Bitcoin proof of work. Bitcoin was invented by an anonymous individual or group of individuals under the pseudonym Satoshi Nakamoto and Bitcoin went live on January 3, 2009.

Bitcoin is a cryptocurrency and payment system. Bitcoin was created in 2009 by pseudonymous developer Satoshi Nakamoto, who called it “a Peer-to-Peer Electronic Cash System.” Bitcoin creation and transfer is not managed with central authority like Banks or government but depends on even distribution networks. Bitcoin provides a way to transfer money electronically between two persons without involving a third person or bank; the transaction fee is much lower than other electronic systems such as credit card charges.

Bitcoin has gained popularity during the past few years and its value went up too. Bitcoin has the potential to be the future of web transactions and people are beginning to realise it for this reason Bitcoin’s value keeps increasing day by day.