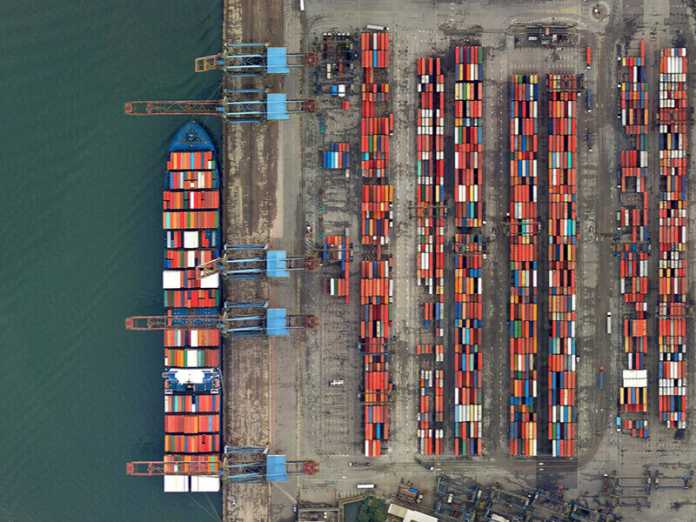 What does 2021 hold in store for international trade? The trading environment presents a complex picture, with issues such as the COVID-19 pandemic, trade rivalry between the US and China, and increased demands for services being among the myriad variables. Charles Hollis of Falanx Assynt gives some perspective on what to look out for in the coming year.

The past few years have witnessed increasing geopolitical instability, posing greater uncertainty for international trade and investment. The advent of the global COVID-19 pandemic in 2020 has massively compounded the challenge to globalised economic networks and contributed to economic instability. The World Trade Organisation (WTO) projects a 9% decline in trade of goods for 2020.

One impact of the pandemic particularly damaging to emerging economies is volatility in the prices of raw materials as demand has declined in the face of lockdown. Hydrocarbon prices have been notably hard-hit, creating significant political problems for countries where hydrocarbons have been a major source of government revenue – the Gulf producers, such as Saudi Arabia and Iraq; Libya, Algeria and Russia; Nigeria and Angola in sub-Saharan Africa; and Venezuela in Latin America. The revenue shortfalls and resulting budget deficits will add to uncertainty, economic hardship and political instability in these economies. Popular protests have already broken out in states such as Iraq, Algeria and Russia as the effects of declining revenues exacerbate underlying political tensions.

One impact of the pandemic particularly damaging to emerging economies is volatility in the prices of raw materials as demand has declined in the face of lockdown.

Political instability will continue to increase globally, with greater impact on emerging markets. Lebanon, a previously stable state, is sinking into an ever-greater malaise. Ethiopia, for a number of years seen as one of Africa’s success stories, is looking an increasingly risky market, with conflict and disruptions posing major challenges for movement of goods.

The pandemic has led to a drastic rise in sovereign debt across emerging markets, which means that restructuring will be a priority for heavily indebted countries. However, many of these debts, particularly in Africa, are owed to Chinese entities who are proving more reluctant to participate in multilateral restructuring mechanisms, such as the IMF and Paris Club (which have proved to be the most effective channels for debt relief in the past), and consequently the necessary debt-relief programmes are more difficult to agree.

But the outlook for international trade and investment is not all negative. The political shift towards climate policy and a green recovery will create new jobs and trade opportunities in the longer term. The global trade in services is on the rise, with the WTO predicting that service exports will overtake goods trade exports in the next decade. This shift will benefit nations in the west, as the service industry is a key strength of many developed economies.

The new US administration is likely to be positive for international trade, as Biden will restore predictability to international relations, although bipartisan agreement in Congress on a robust approach towards China and Russia will ensure that tensions will persist at the “Great Power” level. Despite this, there remains a high likelihood that the US will seek rules-based outcomes rather than confrontation, in an effort to ease overall tensions.

The role of China generally, the increasing focus on its human rights record and its growing stand-off with the US and other states in the Asia region and beyond will pose a growing and generalised political risk that should colour the thinking of any business with an international presence and interests. This will be the overarching geopolitical dynamic over the coming decade. It is likely to have spill-over effects across secondary markets and on domestic public opinion, which may affect trade and investment opportunities for companies globally.

It is therefore critical for businesses to take account of political risks and ways to anticipate them, understand them and mitigate them. We at Falanx Assynt deliver this to global companies through our rigorous, reliable and highly respected predictive analysis of key emerging markets and critical global themes.

For more insight on Assynt’s intelligence predictions for this year, access our top five global forecasts for 2021. Falanx Assynt 2021 Predictions

Charles Hollis is the managing director at Falanx Assynt Ltd, global intelligence consultancy and leading provider of geopolitical, strategic and business risk analysis. Charles spent fourteen years serving at home and overseas with the British Foreign and Commonwealth Office. He has led client projects on market entry, business intelligence and investigations, as well as political risk and government affairs issues.