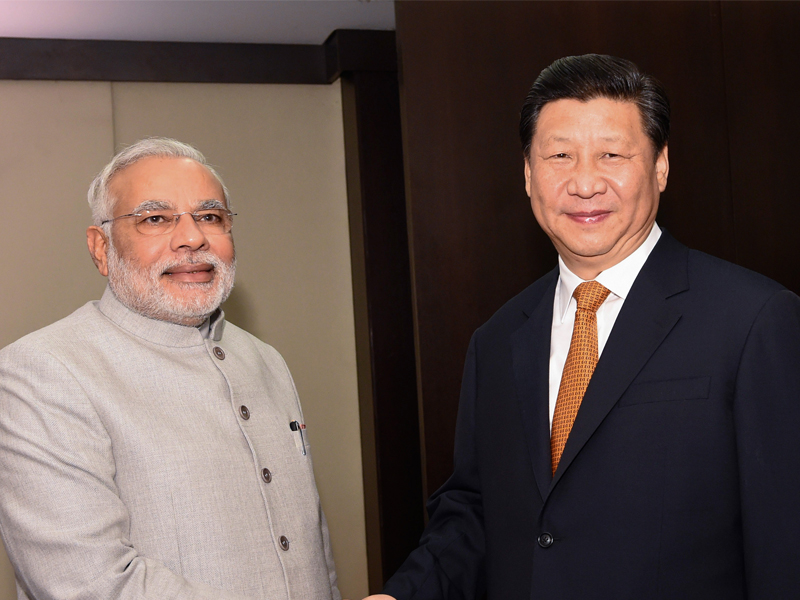 In the coming years, China and India must decide whether their bilateral ties will be based on economic cooperation, political facilitation and strategic trust – or economic walls, political barriers and strategic containment.

However, fringe groups went further and a unit of the Indian right-wing Hindu nationalist organisation, Vishwa Hindu Parishad, torched a pile of 200 Chinese-made electronics in West Bengal. For now, opportunistic political attacks remain marginal but there are concerns that determined fringes could aim higher. In turn, these efforts are compounded by past mistrust on the quality of some Chinese goods, and deliberate hoaxes.

Today, China is India’s largest trade partner. However, New Delhi has a huge trade deficit with China, which many Indians also perceive as the key partner of Pakistan.

How serious are these threats to boycott, ban and embargo Chinese products by Indians?

Despite recent calls against Chinese products, China has currently a dominant position in many sectors and Chinese investments are sought and welcomed by companies of all sizes across the vast India. Exports from China are estimated at $2.3 trillion (of which a fourth is accounted by electronic equipment), up over 20 percent since 2011.

Industry and bilateral lobbies see strong trade relations as vital to both nations but hope and expect that trade will grow more balanced over time. But official trade and investment cooperation remains fairly new between New Delhi and Beijing. While Chinese are concerned for potential trade barriers, Indians fear that overcapacity challenges could pave way for dumping by China.

Affordable but quality products made in China can provide immense consumer welfare.

Nevertheless, banning or boycotting Chinese products would be the wrong thing in the wrong time. It would harm India economically, politically and strategically.

Economically, it would hurt India more than China, especially over time. In development, India is now where China was some 10-15 years ago. It needs aggressive modernisation, industrial expansion, infrastructure investment and inclusive urbanisation to lift hundreds of millions of people from abject poverty. In this quest, affordable but quality products made in China can provide immense consumer welfare.

The potential of a great takeoff has existed for decades; it can only be realised through focus on economic reforms at home and peaceful external relations regionally. As long as this promise is unrealised, India is likely to continue to suffer from periodical balance of payments challenges.

When China launched its reforms, Deng Xiaoping did not foster “Made in China” campaigns. First, China had to learn to manufacture things that had adequate quality and were affordable. Today, the mainland is in a different position, but it took several decades. Slogans do not make competitiveness; productivity does.

In fall 2014, Modi’s government launched the “Make in India” initiative to encourage multinational and national companies to manufacture their products in India. Last year, India also became the top destination globally for foreign direct investment (FDI), surpassing both the US and China.

Nevertheless, India’s trade deficit with China has soared in the past few years and exceeded $51 billion in 2015. While India should be vigilant against deficits, protectionism won’t help, and could turn against the manufacturing initiative.

Politically, bans or boycotts would slow progress in bilateral relations. Moreover, the timing couldn’t be worse.

In the past, China was mainly the recipient of foreign direct investment (FDI). However, in the past few years, Chinese multinationals have not only expanded domestically but initiated broad-scale internationalisation. As a result, Chinese outward FDI now exceeds their investments at home.

In the regional neighbourhood, that’s a once-in-a-lifetime opportunity and – even more importantly – an effective way to learn more about Chinese manufacturing.

Furthermore, China’s huge Road and Belt (B&R) initiative has potential to serve as a catalyst for the kind of infrastructure investment that India needs and that’s provided by the new emerging-economy multilateral banks (Asian Infrastructure Investment Bank, the BRICS New Development Bank).

The accumulation of Chinese products in India today is not a win-lose proposition. It could mean the accumulation of Indian products in China in the future. But while Chinese products became known for their cheap prices a decade or two ago, they were shunned initially until they proved their competitiveness in price and quality – as once was the case with Japan, Korea, and Taiwan.

In each case, it was the gradual opening of the economy that facilitated positive change – not new walls.

Strategically, bans or boycotts could foster the perception in Beijing that Indian trade policy is subject to the US pivot in Asia, as the US and India remain the largest sources of trade remedy probes against Chinese goods, respectively.

In China, there is some unease about New Delhi, particularly vis-a-vis Washington. While India’s primary defence contractor is Russia, New Delhi has a central role in the US pivot to Asia, particularly among those who see India as the South Asian front of containment.

In turn, Chinese-Pakistan ties are longstanding. What is now fuelling this relationship is the China-Pakistan Economic Corridor (CPEC), a portfolio of projects under construction at an estimated $50+ billion. The goal is to rapidly expand and upgrade Pakistani infrastructure. The CPEC is seen as an extension of China’s B&R initiative. In Pakistan, it is expected to create 700,000 jobs directly in 2015-30 and to add 2-2.5 percent to its annual economic growth.

While the focus of China-Pakistan cooperation is economic, it has strategic aspects as well. But the foundation of the bilateral ties is predicated on economic development.

Naturally, India enjoys proud independence in foreign policy. In the past, periods of non-alignment highlighted this autonomy and efforts at South-to-South cooperation. Today, India shows interest in strategic cooperation with Japan, Australia and other countries that figure centrally in the US pivot to Asia, which may account for some caution in China.

However, the appropriate way to build bilateral strategic trust is increasing economic, political and strategic cooperation – not new barriers.

Keeping Eye on the Prize

Despite political and strategic differences, both China and India can greatly benefit from bilateral and multilateral cooperation, as evidenced by the BRICS activities, the AIIB, and the BRICS NDB.

In this cooperation, perhaps still another aspect could be, at least over time, a purposeful effort to the China-India Economic Corridor. It might be something to discuss and develop in bilateral summits – and something that would complement existing regional initiatives in which the two already work together.

From India’s standpoint, there is another multilateral area that could prove even more vital, particularly in the short-term. China is currently leading the G20; Beijing seeks to foster globalisation against protectionism. In the coming years, that is critical to India.

Between the 1980s and 2008, China benefited greatly from global economic integration, through foreign investment and export-led growth. That will be even more vital to India, which must industrialise and urbanise at a time, when major advanced economies suffer from secular stagnation and emerging economies can no longer benefit from export-led growth as they have in the past.

Indeed, any new protectionist barriers between China and India would only result in a tit-for-tat responses that ultimately would impair economic progress in both nations – while benefiting the perceived and tacit adversaries of the two nations.

This commentary was originally released by China.org, China’s official government portal, on November 1, 2016.

Dan Steinbock is Guest Fellow of Shanghai Institutes for International Studies (SIIS). This commentary is based on his SIIS project on “China and the multipolar world economy”. For more about SIIS, see http://en.siis.org.cn/ ; and Dr Steinbock, see http://www.differencegroup.net/