When there’s a task to be done, a problem to be solved or a question to be answered, there’s an old adage that states in no uncertain terms that ‘two heads are better than one’. It’s no different in business, where quickly aligning a company towards successful goals involves complex challenges which aren’t necessarily best solved going it alone.

There’s a reason why Cerberus, a multi-headed mythical dog, guards the gates of the underworld. Because, with all the comings and goings of Greek legends, sometimes you need eyes in the back of your head.

In business, the same is true – many companies create partnerships to collaborate, innovate or expand their outlook. A partnership can often double the strength of an idea and, at the very least, it can harness the strength of both sets of resources.

Successful business partnerships are everywhere and always have been

But, it can be a lot more too. There’s nothing new to partnerships – even symbiotic ones. If you’ve ever baked a cake, made a cup of tea or sprinkled sugar on your cornflakes, you’ve heard of Tate & Lyle.

But did you know that Mr Tate and Mr Lyle used to own two competing sugar refineries?

In 1921, the two companies, Henry Tate & Sons and Abram Lyle & Sons, merged, creating a business that refined over half of the UK’s sugar. It became the driving force in the industry and able to outcompete other sugar refineries.

Partnerships can also exemplify shared lifestyle values. This was the reason for GoPro andRed Bull deciding to combine resources in the sporting events arena. GoPro equipped athletes with cameras and tools to capture the action while Red Bull took up the responsibility of organising and running the events.

It’s a complementary match and the two brands manage to add value to the other, simultaneously enhancing the growth and reach of both.

Similar core values are also behind the partnership of Buzz Bingo and gambling technology specialist Playtech.

When Buzz Bingo launched its bingo and online slots website, it did so with the support of the Playtech software platform allowing it to access third-party content, as well as showing off Playtech‘s ability to deliver some iconic gambling software. While one side of this partnership might struggle to provide the technical resources, the other would lose out on the reach of its products. Instead, both prosper.

The driving force behind business partnerships

There are two very clear reasons why partnerships, co-branding and co-promoting works. Firstly, the partnership has to make sense; there has to be a clearly shared value or audience. Then there is audience targeting, where using one product leads to highlighting the desire to use the other’s product.

This can be seen perfectly in the co-branding of Honda and Castrol, where Castrol manages to add value to its brand by associating with one of the biggest and most trusted car manufacturers in the world. Honda, in turn, benefits from Castrol’s high performance, aiding fuel economy and higher engine efficiency.

When it comes to identifying your next business partner, make sure that you can utilise the branding power of your partner, lever their audience pull or benefit from their technical know-how. If every dog has its day, then a two-headed dog might have one more. 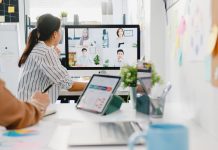 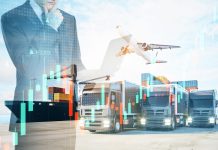 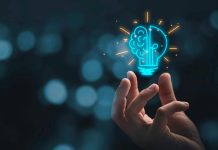