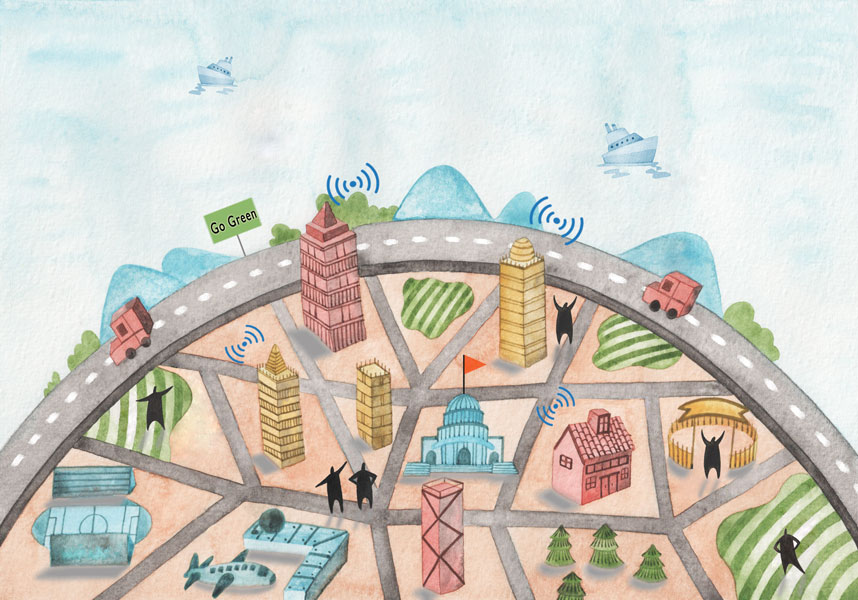 Urban areas are facing great challenges as their socio-economic environments constantly change, their population increases and the competition with other urban areas strengthens. In order to respond to these challenges, cities need better governance and thus better implementation strategies if they want to prosper.. The authors argue that urban strategies can be made more efficient if the six levers of change are taken into account. Adopting this “smart governance” approach can help cities in the implementation of their path towards success.

In this new century, a new approach to technology and the benefits of its deployment in cities has opened a path towards the so-called smart cities. However, in order to maximise the benefits of technology, a good strategic planning is required with a clear future vision, linking cities, enterprises and citizens. The challenge is to mix technology and smart governance to work towards real smart cities which should consider not only technology but some other important elements.

Cities, when properly planned and managed, hold the promise for human development and the protection of the world’s natural resources through their ability to support large numbers of people while limiting their impact on the natural environment.1 But urban areas are facing increasing challenges as their socio-economic environments constantly change, urban population increases and competition with other urban areas to attract talented citizens, organisations and investors intensifies.

At IESE Cities in Motion Strategies research platform, an initiative that has been developed by the Centre for Globalisation and Strategy and the Department of Strategic Management at IESE Business School, we encourage cities to work towards a smarter city by giving city managers better frameworks for strategy formulation and execution. We believe that a city could be called smart if it fulfils four conditions: Sustainable, Connected, Innovative, and Equitable.