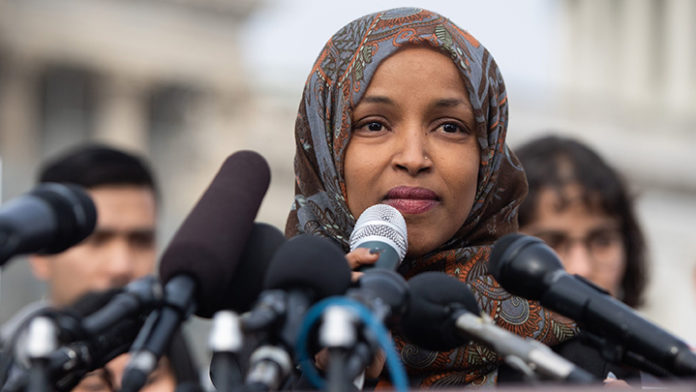 Drama with politicians is nothing new. At this point, it’s basically expected. A few notable presidents have been especially famous for this.

Bill Clinton famously had an affair with Monica Lewinsky. Donald Trump has been married three times, and probably had at least one affair with prostitute Stormy Daniels at some point in the past. Nixon was involved in numerous scandals and conspiracies ranging from McCarthyism to assassinations. Andrew Jackson tried his best to become a dictator, and John F. Kennedy was probably the most promiscuous president to ever step into office.

And that’s just the presidents!

We’d be here all week if I dove into every scandal every class of politician has gotten into, like reading all the no deposit codes fair go at the carnival. Most of it would probably bore you to death, but this week a new scandal arose that’ll make a hilarious, if not bizarre, footnote in history. Let me tell you a bit about Ilhan Omar.

Congresswoman Ilhan Omar is a first-term representative from the state of Minnesota, making her the first Somali-American-Muslim legislator elected to office. Ain’t that a mouthful? She is one of the four congresswomen that are part of “The Squad”, a media title for a group of new, far-left, Democrat congresswomen that also includes Alexandria Ocasio-Cortez from New York, Ayanna Pressley from Massachusetts, and Rashida Talib from Michigan.

“The Squad” have a sort of notoriety, not because of what they stand for, but because they just seem to keep pissing people off on both sides of the aisle. They’ve all been very vocal against figures like Trump but also their own party leader, Nancy Pelosi, and I’m not even going to get into their thoughts on topics like the Green New Deal, Islam, and Israel.

Ilhan Omar was born in Somalia and immigrated to the United States in 1995. She claimed that she was married at one point to a man named Ahmed Hsiri, although her marriage records only ever show her being married to a man named Ahmed Nur Said Elmi, and here is where things get weird because Elmi might actually be her brother.

It’s been difficult to prove, because Omar has refused to release any documents or even tell reporters how many siblings she has, and she claims that certain records like her birth certificate have been lost due to the civil war in Somalia.

Now, what this actually is not implying is any kind of Game of Thrones kind-of situation, but something closer to immigration fraud, if true.

To add to the weirdness of the story, a site called Alpha News posted pictures of Elmi, and reported receiving emails from someone claiming to be Elmi, requesting the site to take the photos down. In addition, the man also said that he had no recollection of ever being married, to Omar or anyone else.

And this isn’t even the end of the scandal! After Omar and Elmi divorced back in 2017, Omar went back to Hirsi in 2018 and they got legally married. Now, Omar and Hirsi are filing for divorce, and it appears that Omar has been having an affair with another married man, Tim Mynett, who has been a part of Omar’s campaign staff for a while now.

Now, this whole affair has been revealed in the divorce papers filed by Mr. Mynett’s ex-wife, Beth Mynett, who explicitly made sure that the whole story was put into the papers. According to the New York Times, Ms. Mynett cited Extramarital Affair as the reason for the divorce and said that Tim Mynett “made a shocking declaration of love” for Omar.

In addition to just being a terrible thing to do, the New York Post reports that Ilhan Omar has been paying Mr. Mynett out of her campaign finances, for a number of dubious reasons, a sum total of $230,000 dollars! Not only is that a lot of money to pimp out a partner with, but it’s also incredibly illegal.

What we’ve got here is a fascinating story of love, fraud, and hypocrisy. She claims to be a refugee but has allegedly lied every step of the way. She claims to be a Muslim and has even declared support for Sharia law – a law system that would have her stoned to death for the crime of adultery.

Ladies and gentlemen of Minnesota – your representative.