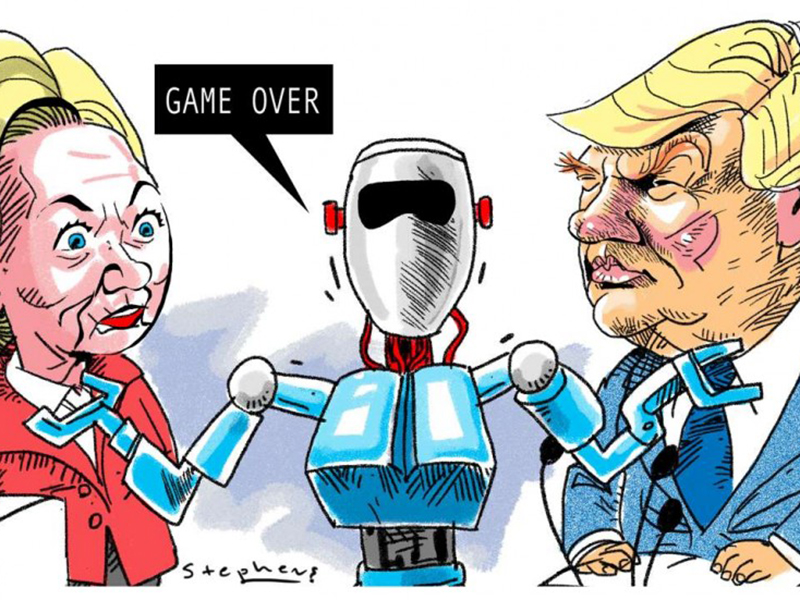 The dysfunctional US political system is the place to start if American technology firms truly believe in their claims of being able to create a global, connected utopia

Even by the usually shallow standards of American politics, the 2016 election is dire. There is little policy discussion to speak of, as both sides resort to character attacks and accusations.

Many Americans have despaired about their choices this year. Donald Trump is widely viewed as unqualified for the presidency, but he still appeals to about 40 per cent of America. Hillary Clinton, on the other hand, comes with a great deal of self-inflicted baggage. Her opponents say she is the “most corrupt person” ever to contest the US elections. Many Americans do not trust her, and she is likely to be the most unpopular election victor in recent history. 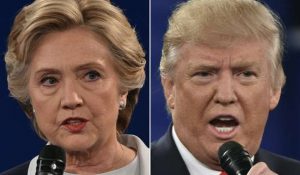 Between Hillary Clinton and Donald Trump, American voters face a difficult choice for their next president. Photo: AFP

And there is still this uncomfortable fact: assuming Clinton wins next week, four out of America’s past five presidents would have been either a Clinton or a Bush. This would be almost a quarter century of America being run by two political families. In any other democratic country, this would be seen as ­extremely troubling and even attract ridicule.

So here is a modest proposal to save the United States and the rest of the world. If America’s political process, parties and voters cannot be trusted to select good candidates and a capable president, maybe someone – or something – can take its place? Perhaps, given the hype surrounding technological innovation in the US, it is time for some “artificial intelligence” to inject some sanity into the process?

After all, American tech has not been afraid to thrust itself into politics, so long as it is outside of the US.

American tech firms never seem to need an invitation to propose how technology can solve everyone else’s problems. Innovation and disruption are the words of the day; so what about “innovation” and “disruption” in US politics and for the global good?

Google’s Eric Schmidt has stated that China needs a free internet, freedom of speech and freedom of information to escape the “middle-income trap”. Twitter used to call itself the “free speech wing of the free speech party” and has celebrated its role in fostering opposition movements around the world, while staying silent on the mayhem that often results.

Some developers have already tried to apply their technologies to (non-US) elections. In last year’s Nigerian elections, US developers wrote a programme that would autonomously sift through Nigerian social media, detailing incidents of voter intimidation. The programme would then notify election monitors on which polling stations needed more protection and which areas needed independent ballot counting. Perhaps, given America’s history of disenfranchising minorities and the rhetoric about “rigged elections” coming from the Trump campaign, these developers may want to offer their services to the US government. 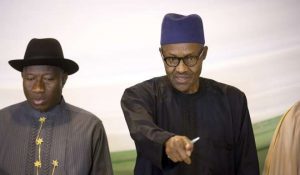 Nigerian opposition candidate Muhammadu Buhari (right) and president Goodluck Jonathan prepare to sign a renewal of their pledge to hold peaceful “free, fair, and credible” elections, at a hotel in the capital Abuja in 2015. Buhari won the election with 53 per cent of votes. Photo: AP

The dysfunctional American political system may now be the greatest threat not just to the US, but the whole world. Analysts from both the Economist Intelligence Unit and Moody’s see a Trump presidency as one of the greatest risks to the global economy. Others worry that former secretary of state Hillary Clinton will continue with outdated hawkish policies that will contribute to global tensions and worsen relations with countries like Russia, Turkey, and so on. Washington is currently incapable of tackling any long-term crisis. Key international agreements, from the Paris climate treaty to the Iran nuclear deal, hinge upon the whims of American domestic politics.

The world cannot be held to ransom by the bitter squabbling of poorly informed and ruthless US politicians.

Rather than look abroad for problems to solve, perhaps US technology firms should look inwards to solve a major contemporary issue within their borders: how can they use technology to improve the American political process and truly disrupt a system past its sell-by date?

One problem with the US system is low turnout: only 53.6 per cent of the voting-age population actually voted in the 2012 US election, compared to 80.4 per cent in South Korean elections the same year. Low turnout is especially pronounced amongst minorities, the young and the poor. A tech solution that provides easy and comprehensive voter registration, reminders of electoral deadlines, and secure methods of voting digitally would help boost turnout. 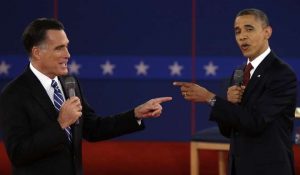 Republican presidential nominee Mitt Romney and incumbent Barack Obama spar during the second presidential debate in Hempstead, New York, in 2012. Fewer than 54 per cent of eligible US voters cast their ballots in the election that November. Photo: AP

Another problem is poor information and the tendency for people to sort themselves into communities that reinforce, rather than challenge, their existing views. Technology could play several roles here, especially in the realm of “big data” and artificial intelligence. Programmers could write code that would analyse statements made by politicians and automatically “fact-check” them for the audience. Some observers have called the 2016 election the “fact-check election”; imagine what a system super-charged by technology would look like. No participant in a debate would be able walk off a debate stage or TV interview without a global audience knowing that he or she may have stretched the truth, did not know the facts or straight-out lied.

And, why not use a robot to moderate the debate? Such a programme will be less focussed on the horse-race narrative and character attacks of regular political journalism, and could instead use data from the cloud to determine what voters actually care about, and would want to see addressed in the debate.

A programme could analyse the data of prospective voters to predict their overall policy preferences. This may sound impossible, but companies are already doing this: when they are trying to predict what someone wants to buy.

One final issue is secret money in politics. A technological solution could help with transparency: a database that could track how and whose money flows into political campaigns. A computer programme may be better able to handle this, given the sheer scale of the US system and the money involved. Legitimacy for this could be conferred by a tech company partnering with the Carter Centre or Transparency International. But solving the myriad problems of the US electoral system is probably too great a task for technology firms alone. Technology (especially social media) has in many cases exacerbated these problems, rather than alleviated them. But applying technology to something as complicated and important as the American political process may drive US developers as well as provide a much-needed incentive to overcome these issues. 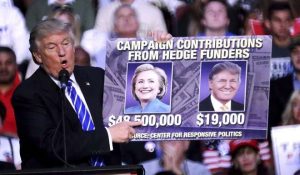 Donald Trump holds up a poster comparing funding sources for the rival camps in the early days of campaigning, at Sunrise, Florida in August this year. Photo: EPA

If technology truly is going to drive global society towards some connected, prosperous utopia, then US tech companies should urgently attend to the pressing issues of American politics. Once they solve these, the rest of the world may take more seriously their push for technology-aided solutions to promote democracy in other countries.

And what if it can’t solve the problems of American politics or makes them worse? That would tell us much about technology’s real ability to bring about global social and political change.