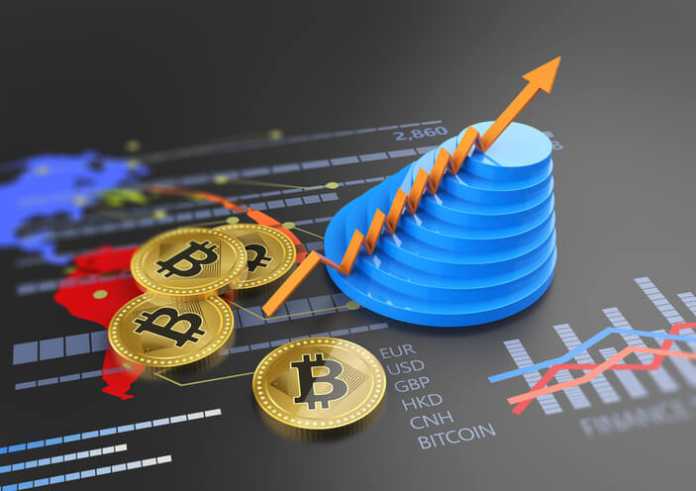 Bitcoin will reach $200,000 in 2021 due to a mix of supply and demand factors and the activities of legacy financial institutions. Historically, bitcoin has been on a roll in 2021, and if the past is any indicator, we can anticipate bitcoin to continue to go far beyond the six-figure barrier, and maybe even to $200,000 or higher shortly. While the average skeptic would proclaim from the rafters that “Bitcoin was nothing but a boom phase!” and that there is “No inherent value, Bitcoin is nothing other than tulips!” These reviewers have obviously done no critical reasoning or study on the subject. Before we move, we would like you to open account on bitcoin-loophole.live in case you want to learn all the ways about trading in cryptocurrency.

However, the solution is straightforward: Supply is controlled via a programmed approach. With programmed supply issuance, the price of Bitcoin is a function of the growing or decreasing demand to retain the asset; there is no fluctuation on the supply side of the equation under the Bitcoin protocol. This is a watershed moment in monetary economics, and it is a notion that is poorly understood even by self-proclaimed “economic experts.”

Every 210,000 blocks, or about every four years, the Bitcoin protocol goes through a process known as “Halving,” in which the amount of new bitcoin released into circulation is cut by half. This occurrence causes an imbalance in the supply and demand dynamics, which the market had been adjusting to over the preceding 210,000 blocks before this event occurred.

Once Is Chance, Twice Is Coincidence, And on The Third Occasion, There Is a Pattern

When it comes to financial assets, although Halving events are known for years to come, it is almost difficult to “price in” a supply shock when it comes to cash and other assets. Surprisingly, he discovered a strong connection between the stock-to-flow ratio of bitcoin and the price movement of the cryptocurrency. While it is impossible to say that the price movement is directly related to the Halving and the stock-to-flow connection, it is obvious that this is not a statistical aberration or happening by chance alone.

An increase to more than $100,000 in 2021 is predicted, and in my view, this is just the beginning. As has been seen in past Halving cycles, the price run-up in bitcoin, with the Halving acting as a catalyst, results in a surge of new adopters and users who learn to grasp the monetary characteristics of bitcoin and become active participants. This operates based on a reflexive cycle. Adding new users to the market puts them in a position of competition to buy bitcoin, raising the unit price, increasing media attention, and miner profitability, which improves network security and lends the commodity more perceived legitimacy. This process has been going on reflexively and cyclically for more than 12 years, and it would be a poor bet to expect it to cease any time in the foreseeable future.

In the current Halving cycle, the monetary debasement that is taking place in the legacy financial system is what distinguishes it from previous cycles. Following decades of interest rate decreases to boost the economy, rates have remained stuck at the zero lower limits, denying policymakers access to a key weapon in their toolbox to stimulate the economy.

What Was the Response?

Historically unprecedented levels of quantitative easing have been achieved, as shown by a parabolic increase in the balance sheets of major central banks. When it became clear that interest rates could not be lowered any further, quantitative easing (the process of purchasing bonds and securitized debt with freshly “created” money) became the go-to reaction strategy. These developments have been very beneficial to the world’s financial and financial-stock markets, and they have acted as pure rocket fuel for the rise in the price of bitcoin. The Federal Reserve and the European Central Bank have made recent comments indicating that they are committed to further monetary easing.

The interest in bitcoin as a monetary asset has surged in the late months of 2020 and the early months of 2021, particularly among corporations and financial institutions. Stakeholders from the insurance sector to corporate treasurers to Wall Street banks to sovereign wealth funds are all gearing up to make significant investments in the area.

Bitcoin’s price will soar as it transitions from primarily an independent asset to becoming a globally traded monetary asset with geopolitical implications. This surge of new consumption from huge capital allocators will have difficulty fitting through the pinhole of existing supply, resulting in a sharp increase in bitcoin price. A bitcoin worth $200,000 would be worth about 3.7 trillion dollars, which is still just a quarter of the current valuation of silver, which is bitcoin’s nearest monetary rival.