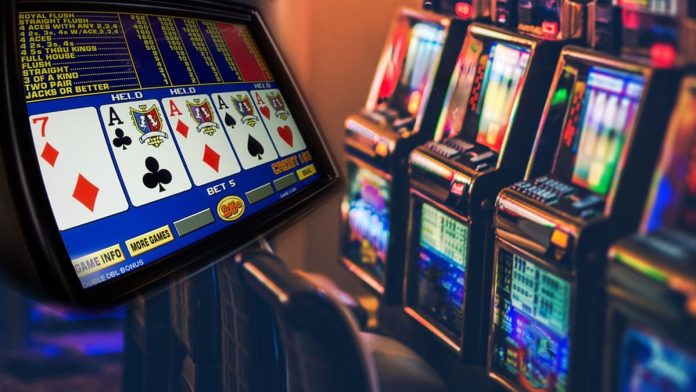 The casino industry in general has a significant financial impact on many states in the U.S. That is why many of them are trying to soften their regulations towards gambling in order to boost the revenue of the entire industry which is profitable for the state.

However, in this case, we are interested in the impact of Video Poker, which is now very popular among bettors in South Carolina.

Let’s dig deeper and find out how video gambling has a financial impact on South Carolina.

Video poker is quite popular in South Carolina. This game is available in every county of South Carolina and it generates a lot of revenue every year.

Let’s do the math and find out the true economic impact of video poker in South Carolina.

First of all, video poker alone generates approximately a net state income of $609 million annually in direct income and the same amount in indirect income.

The impact of video poker is not only based on the revenue that this game generates. It also many businesses (approximately 29,000) that offer video poker, and more than 20,000 are directly employed in the industry.

The state also receives around $105.9 million in annual state tax collections. Video Poker businesses also need to obtain a license in order to operate. The gambling license is issued by South Carolina for a fixed fee, which is another benefit for the state.

Each video poker machine in South Carolina pays an annual fee of $2,000 in order to get the license to operate.

Since there is no accurate up-to-date data about how many video poker machines are currently active in South Carolina, we can base our math on a report from 20 years ago. In 1997, there were 28,587 licensed video poker machines in the state which generates $57.2 million annually only from licensing fees.

Of course, this number is much higher now considering that there are more gambling establishments and actual machines active in the state.

One of the major financial benefits of the video poker industry in South Carolina has been the generation of tax revenue. In the early years of video poker legalization, the state implemented a tax rate of 15% on video poker revenue.

This tax rate was later increased to 35% in order to fund education initiatives in the state. The revenue generated from this tax has helped to fund a variety of programs and services, including public schools, libraries, and highway construction projects.

In addition to the tax revenue generated by the video poker industry, the industry has also created jobs for South Carolinians. Many businesses, such as bars, restaurants, and convenience stores, have installed video poker machines as a source of additional income.

These businesses have hired employees to operate and maintain the machines, providing employment opportunities for people in the state.

However, the video poker industry in South Carolina has not been without controversy. Some critics have argued that the proliferation of video poker machines has led to an increase in problem gambling and other social issues.

In response to these concerns, the state has implemented regulations to prevent excessive gambling and protect vulnerable individuals.

Future of the Industry

Despite these controversies, the video poker industry has remained a significant contributor to the economy of South Carolina. As the industry continues to evolve and adapt to new technologies, it will likely continue to have a financial impact on the state for years to come.

Additionally, it is worth mentioning that online gambling and online casinos are forbidden in South Carolina. So, if you want to play mbitcasino cryptocurrency poker you can’t.

However, there is a constant push to allow casinos to transform their services digitally, which will open many new opportunities and increase the economic impact of the state even more.