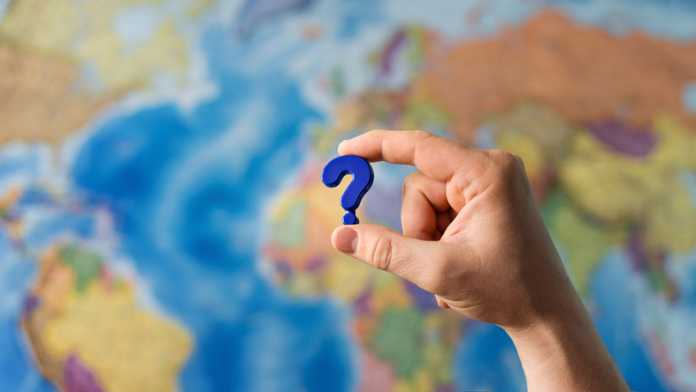 Peace and progress are the undeniable themes of the 21st Century when compared to the 20th Century (which hosted two World Wars and many other large-scale conflicts.)

That being said, the world is still a place in which war still exists. The competition over precious resources, land or other factors can breed contempt between political leaders.

One needn’t look further than the conflict currently taking place between Russia and Ukraine to see the dynamic way in which political uncertainty can turn on a knife-edge.

But the picture is much more complex than this binary measure that stability provides a boost for stock prices and instability will result in a fall. It is important to understand causal relationships when spread betting so that you can predict how political uncertainty may impact different asset classes.

Let’s use the example of Russia’s invasion of Ukraine as an example to look at the myriad ways in which markets can move.

Stock markets reflect the value of companies that are listed on a stock exchange in a particular reason. Stock markets will always fall when war appears on the horizon and proceeds towards a grim reality.

That’s because of how investors fundamentally value equity. They look at the value of future cash flows which will be generated by the investment (dividends), and discount this back to the present day with a high discount applied the higher the risk.

When war looms, investors will place a much higher discount on those future dividend streams because the economic environment of the business will be much gloomier and more uncertain. War results in higher taxes, distracted governments, a worried population and none of this is good for a typical consumer goods business.

These higher discounts mean that shares are suddenly worth less to investors than they were before the war was a possibility.

On 23 February 2022, as it became apparent that Russia was continuing to escalate its aggression, the MSCI world stock index fell by 1.2%.

Currency markets don’t simply rise or fall during a crisis. That’s because currencies only draw a value relative to one another. If the absolute value of all currencies were to fall, exchange rates would actually remain constant.

War can draw in any number of participants, but it will usually be geographically concentrated. The impact of investors trying to move money out of a war-struck economy will result in its exchange rate falling against a basket of other currencies.

On the flip side, so-called ‘safe haven’ currencies such as the Swiss Franc may see an uptick, as these become the defacto destinations for capital flight. The US Dollar sometimes behaves like a safe haven currency as the ‘default’ investment location for international capital.

Fortunately, you don’t need to reference a pile of economics books to intuitively predict what will happen to currencies during a war. The general rule of thumb is that all active participants close to the fall-out will usually fall in value.

The US Dollar gained 3.2% against the Russian Rouble during Tuesday’s trading session.

The commodity markets, such as precious metals, oil and gas will usually spike during periods of conflict. The supply of such commodities is usually at its highest level during peacetime, and war can place a choke on supply when production facilities fall into enemy hands or are taken offline by attacks.

This explains why the price of brent crude oil rose to $100 on 23 February.

Understanding these different pricing models will hopefully allow you to make predictions about how future developments in conflict may impact the financial markets or any open trades you currently hold.