Assault is a broad-ranging charge that covers everything from serious offences that cause bodily harm and involve a lethal weapon to simply being too aggressive with another person or making threats.

If you’re charged with assault in Canada, the first thing you need to do is consult a lawyer so that you’re clear on what you’re being accused of.  You may ask the experienced criminal lawyers at Wilson Criminal Defence for more information.

It’s important not to take matters into your own hands even if you believe you have done nothing wrong. Saying the wrong thing to the police early on in proceedings can damage your defence later.

According to the Criminal Code of Canada, a person commits an assault when:

If you’re arrested and charged with any of these versions of assault, you face potentially serious consequences.

How serious depends on the circumstances of the alleged assault.

Following is an overview of some of the most common types of assault charges.

This is usually the result of a simple physical altercation, such as a fistfight or domestic dispute. Jail time is possible but generally not pursued by the prosecution in these cases.

This is a more serious assault because, by definition, physical harm has been inflicted on another person. As such, jail time is more likely, especially if the physical harm caused was substantial.

If bodily harm was caused to another person and, during the assault, a weapon such as a knife or gun was used, the charge will be upgraded to assault with a weapon. Again, jail time is more likely than with a simple assault charge.

Sexual assault covers everything from unwanted kissing to rape. These cases usually hinge on the notion of consent and convictions can result in lengthy jail time, depending on circumstances.

Aggravating factors such as serious injury, disfigurement or the use of a weapon are considered more serious cases. They will nearly always be treated as indictable offences liable to lengthy prison sentences.

What are the main defences against assault in Canada?

There is always a presumption of innocence if you are arrested for assault in Canada. In order to secure a conviction, the Crown Prosecutor will need to convince the judge of your guilt.

Some of the main defenses against assault are summarised below.

There is a provision for self-defence in Section 34 of the Criminal Code if you are charged with assault.

In such cases, in order to beat the assault charge, your lawyer must convince the judge that:

The judge will consider whether you had “reasonable” grounds to act as you did. In doing so, the following will be taken into account:

Self-defense is rarely as simple as it may first appear. It takes a skilled defence lawyer to present a compelling case to the judge.

In order to secure a conviction, the prosecution must prove that there was no consent to use force.

There are cases where the use of force is consensual, such as in a fistfight where both parties enter into the altercation willingly.

However, this is again not so simple as it may seem.

In the eyes of the law, it is impossible for someone to consent to bodily harm, so if physical harm results from the fight, an assault charge may still be pursued by the prosecution.

This can be employed as a defence where there are reasonable grounds to believe that the assault occurred as a natural reflex action to an external “stimulus”.

Intent is always necessary for an assault conviction.

By definition, a reflex action cannot be intentional and therefore a conviction for assault cannot generally be secured if this defence is successfully argued by your attorney.

Certain people have a right to use reasonable force to correct the actions of a child under their care. This includes school teachers, parents, and guardians.

Parents using force (such as spanking) to punish their child as a corrective measure is therefore justifiable and will not usually result in a conviction. However, if a weapon was used, that changes the case entirely.

Whatever defence is used by your criminal defense lawyer, you stand a better chance of beating an assault charge if your lawyer is experienced in these cases.

A lawyer with a successful track record in trials and who is fully conversant in the local justice system in your city will stand you in good stead for a strong defence. 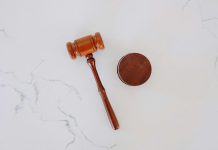 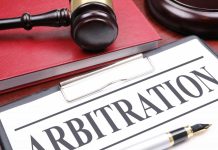