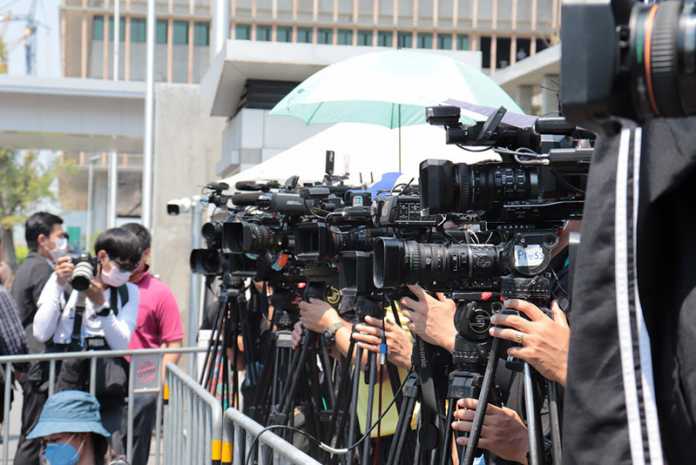 For years, the press freedom index by the Reporters Without Borders (RSF) has been widely quoted, even though its methodology is biased and RSF was long led by a white supremacist with a penchant for US-led regime change. Now RSF is targeting Asia.

According to the recently-issued new World Press Freedom Index (WPFI), the greatest media freedoms prevail in Western Europe and North America and the worst in emerging and developing economies.

Most media NGOs are led by veteran journalists, whereas the organization behind the Index was founded by Robert Ménard whose media experience was limited to a pirate radio station and an unpopular magazine that performed so poorly it had to be closed down.

It was then – in 1985 – that Ménard and three of his colleagues co-founded the Reporters sans Frontières (Reporters Without Borders, RSF).

As the RSF’s secretary general and its director-general, Ménard ruled the organization almost three decades (1985-2012), like the autocrats it presumably opposes. In the process, he managed to alienate all other co-founders.

The RSF’s stated aim is to “safeguard the right to freedom of information.” Yet, Ménard’s political ambitions overshadowed the organization’s mandate. In spring 2008, he and his colleagues tried to disrupt the lighting of the Olympic Flame before the Beijing Summer Olympics, presumably as a protest for Tibetan civil rights. These stunts coincided with campaigns by U.S. neoconservatives, CIA and the National Endowment for Democracy (NEDA), which have funded RSF activities.

Inspired by political extremism since a child, Ménard grew of age in a family with links to the far-right terrorist OAS; a French paramilitary group that contributed to Algeria’s massacres in the 1950s and terrorism in France, including assassination attempts against President De Gaulle and philosopher Jean-Paul Sartre.

Toward the end of his RSF reign, Ménard embraced far-right publicly. Since 2014, he has served as Mayor of Béziers in Southern France. A known Islamophobic, he has warned Muslim refugees they are not welcome in France. Like ex-President Trump’s far-right mobs, he touts the white genocide conspiracy that “Jews and globalists” seek to replace whites with Muslims from the Middle East.

More recently, the RSF has been led by Christophe Deloire, who is more cautious in rhetoric but shares Ménard’s geopolitics and touts the RSF’s new Information and Democracy Forum. Like his predecessor, Deloire has alienated the RSF organization, thanks to restructuring, departures and layoffs.

Regime change from Latin America and Middle East to Asia

From Ménard to Deloire, the RSF has cherished odd bedfellows. Amid the 2002 coup against Venezuela’s Hugo Chavez, the RSF sided with the plotters, as it did in the coups against Haitian President Jean-Bertrand Aristide, Manuel Zelaya in Honduras, and Evo Morales in Bolivia. According to critics, as Ménard and his colleagues have acknowledged, the RSF has cooperated and coordinated with US State Department against Cuba, Bolivia, Venezuela, and Nicaragua.

The regime-change activities were funded by USAID Cuba Program, “Freedom of Information” initiatives and the NEDA. In return, the Bush administration funded RSF and like-minded NGOs. In 2007, the thankful RSF justified the Iraq invasion, with Ménard arguing for the legality of torture. Similar joint interests mark RSF activities in the Middle East (Libya, Iran, Iraq).

Now RSF hopes to achieve the same in Asia. In 2017, it appointed Cédric Alviani the head of its first Asia bureau based in Taiwan, in convergence with the goals of the Trump administration and Taiwanese government. Alviani aligned RSF with Hong Kong’s turmoil, while offering interviews to the Epoch Times, which has touted RSF and Alviani for “warning people to beware of China’s disinformation about the Chinese Communist Party virus, commonly known as novel coronavirus.” The key supporter of ex-President Trump, the QAnon and conspiracy stories, the Epoch Times is a far-right Taiwanese media outlet whose cultist members believe that in the Judgment Day they will rise to Heaven and all Communists will go to Hell.

Like some of his RSF colleagues, Alviani is not a veteran journalist. The longtime Taiwan resident is an ex-head of the Taiwan European Film Festival funded by Taiwanese government and ministries, after stints in other Taiwanese-related and French foreign ministry posts.

Today, the RSF’s total budget is 6.1 million euros. It funds only 20% of its activities internally. Over 40% is based on “institutional grants” (French foreign ministry, French defense ministry), whereas 35% stems from “private foundations and NGOs” (e.g., NEDA, Ford Foundation) and “corporate and individual donations” (e.g., American Express, French bank Société Générale).

Through their funding, billionaires, including George Soros via his Open Society and Pierre Omidyar, have indirectly shaped RSF activities. In return for French and US funds, the RSF has been largely silent about media abuses in France and the West.

Behind the official facades, the RSF’s Index (WPFI) has attracted much controversy. As it should: it is something of a racket.

Officially, the WPFI “is determined by pooling the responses of experts to a questionnaire devised by RSF.” The questionnaire presumably evaluates very broad criteria, such as “pluralism, media independence, and self-censorship.” The qualitative analysis is augmented with quantitative data on abuses and acts of violence against journalists. Yet, questions about media ownership and concentration are effectively ignored.

Moreover, when a limited sample of some 150 journalists and 18 NGOs are asked to analyze and respond to 87 questions for each country, the probability of biases and thus disconnect with realities increases accordingly.

Furthermore, many of the respondents and NGOs are funded by the RSF, while researchers, jurists and human rights activists, which are said to be selected by the correspondents. Such pre-selections tend to reinforce the agendas and priorities of RSF’s sponsors – foundations and NGOs – since it lacks adequate internal funding.

A simple example: Even as the Philippine 2021 WFPI ranking fell, the UNESCO World Press Freedom Prize was awarded to CEO Maria Ressa of Rappler, a key player in the recent South China Sea media debacles. Previously, Ressa had served as the prize jury’s member and its president. Like RSF, Ressa and her Rappler have been funded by billionaire Pierre Omidyear. Ressa has a dual US-Filipino citizenship and upscale properties in both countries, although Rappler is no cash cow and remains in a legal quagmire.

Media predators only in developing economies

The RSF publishes a gallery of “Predators of Press Freedom,” presumably highlighting the most international violators of press freedom, based on its Index. The slick image of “predators” reflects the RSF’s reliance on campaign ads by Saatchi & Saatchi that once orchestrated the campaign that brought Margaret Thatcher to power in the UK.

Most RSF Predators are countries that the US has broadly criticized, sanctioned, or targeted in new cold and hot wars, and regime change efforts, including China, Venezuela, North Korea, Iran, Turkey, Russia, Syria, Yemen, Pakistan, and so on.

Some 15 years ago, Singapore’s then-PM Goh Chok Tong denounced the Index as “a subjective measure computed through the prism of Western liberals.” Not much has changed since then. The RSF gallery does not feature a single Western country, despite known media abuses in the high-income Western countries. Indeed, the French daily Libération, which has funded the RSF, has criticized it for keeping mum about the abuses of the Western media: “Many blame the group for its ferocity against Cuba and Venezuela, and indulgence toward the United States.”

Here’s the problem: Some RSF targets do have a questionable media record. But as the RSF and its sponsors politicize and weaponize its mandate, methodology, targets and objectives, an objective scrutiny of media freedoms is undermined.

What is needed is a global media watchdog that comprises both rich and poor major economies and methods that cannot be easily weaponized for ulterior agendas.

An organization that represents reporters with borders is not a solution. It is part of the problem.