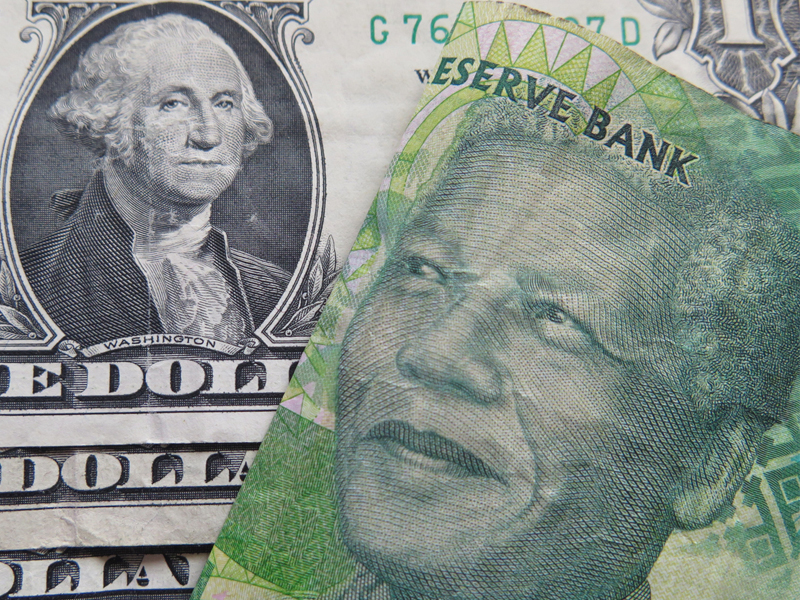 While the South African rand has historically been characterised with high volatilities, the recent levels of gyrations of the currency, particularly against the US dollar has been quite unprecedented. How does this volatility affect South Africa’s economy?

There are 36 countries in the world that follow a floating exchange rate arrangement (IMF, 2014), South Africa like its BRICS counterparts, Brazil and India, belongs to this group.1 There are also a number of leading emerging market economies such as Turkey, Thailand and South Korea that pursues a floating foreign exchange arrangement as well. Floating exchange rate regimes, naturally, are characterised with increased volatility. Thus, like all financial assets in emerging markets, the perceived high political risk premium associated with these markets exacerbate the level of volatility of their currencies.

While the South African rand has historically been characterised with high volatilities, the recent levels of gyrations of the currency, particularly against the US dollar has been quite unprecedented.2 Given the South African rand (ZAR), like most convertible currencies in the world that are allowed to float freely, volatility then becomes a natural consequence. The currency would see volatility as along as it is allowed to float. So the question really is not whether there would be volatility, but rather, how much volatility would be seen over a period. In the case of South Africa, the fact that the currency is widely traded globally exposes it to frequent fluctuations.3

The ZAR foreign exchange rate, like most tradeable financial assets is by and large driven by demand and supply. There are a considerable number of market participants whose behaviour determine the demand and supply dynamics in the market. These include individuals and institutions that plan to acquire South African assets, and this include, both real and financial assets. Exporters and importers in South Africa and elsewhere that trade with the country also constitute a critical source of demand and supply of the local currency. Lastly, we have currency speculators who take a position in the market depending on their expectation of movement in the rand that may work to their favour. The people actually doing the trading of the currency are commercial and investment banks, central banks, asset and fund managers, corporate institutions as well as pension funds.

The recent rand volatility has indeed been out of tune with general currency volatility in emerging market economies due to the global uncertainties particularly regarding the possible tightening of interest rates in America following years of loose policies.

Generally, there are a myriad of forces that explain changes in the behaviour of the market participants, which eventually impact movements in the exchange rate of any currency, including the ZAR. These factors may fall into two broad categories. First, we have fundamental factors. The fundamental factors include: the relative supply and demand of currency pairs including the rand as well as economic performance in terms of output growth, current rates of inflation and expectations regarding future levels of inflation. The interest rate differential between South Africa and the key economies of the world, such as the US, the UK, Japan and the Eurozone area are also important fundamental factors that drive changes in the rand exchange rates. International commodity prices have also been found to explain a large measure of the volatility of the rand. Indeed, the rand is often described as a commodity currency because of the important role that commodity exports play in the South African economy4 (Xolani, Scahlin and Alagidee (2014), Arezki, Dumitrescu, Freytag and Quintyn, (2012)). Again, capital flows into the South African economy and the performance of certain key components of the balance of payment accounts also critical. The technical factors are mostly related to the notions of technical support and resistance levels. These are usually defined as the exchange levels that often serves as the peak (resistance level) and trough (support level) of the rand bilateral exchange rates.

As indicated above, expectations are indeed a potent force that drives exchange rate movements. Now, the recent rand volatility has indeed been out of tune with general currency volatility in emerging market economies due to the global uncertainties particularly regarding the possible tightening of interest rates in America following years of loose policies. In South Africa, however, political risks associated with domestic political dramas with its associated policy uncertainty have in no small measure heightened the volatility episodes seen in recent time (Mpofu, 2016). First, there was the sudden firing of the Finance Minister in December 2015, which resulted in a sharp and unexpected drop in the value of the local currency against all major currencies, particularly the USD. The general lack of confidence in the replacement wasn’t helpful either and then an old hand in the person of Pravin Gordan was appointed to take charge. Thus, the country had three finance ministers within four days! Since then, there have been attempts by the country’s special crime unit to charge the new minister for alleged wrong doing in his previous job as head of the South Africa Revenue Service.

What a Volatile Rand Means to the Economy

The main effects of the rand exchange rate volatility is felt in the short run and long run interest rates that the country faces.5 The volatility also has an effect on the asset prices on the local stock exchange. Indeed, the prices of groceries in the local shops, price of petrol, the mortgage payments as well as the returns on investment portfolios including pension funds are some of the areas that are directly impacted. These are areas that the average person in South Africa is impacted by the incessant movements of the exchange rate.

Can Something Be Done to Reduce the Rand Volatility?

Clearly, one of the important ways that the country can affect the market positively to reduce the high volatility is to address the issues that influence market participants to form unfavourable future expectations of the currency’s movement. For instance, the question of policy uncertainty has to be addressed adequately. There is also a perception of government’s unwillingness to deal with corruption among the ruling class swiftly and decisively. On the macroeconomic front, the low growth trap, high unemployment and labour union militancy are all issues of concern. These matters among others also affect expectations regarding the political risk in the country. A reduction in the perceived political risk associated with South Africa will go a long way in stabilising the currency.

Matthew Kofi Ocran is a professor of economics and chair of the Economics Department at the University of the Western Cape, Cape Town, South Africa. He obtained his PhD from Stellenbosch University and holds Bachelor’s and Master’s degrees from the University of Ghana. His research expertise ranges from development economics, financial economics, monetary policy and macro-economic modelling. Prof Ocran has been published in numerous academic journals, locally and internationally.