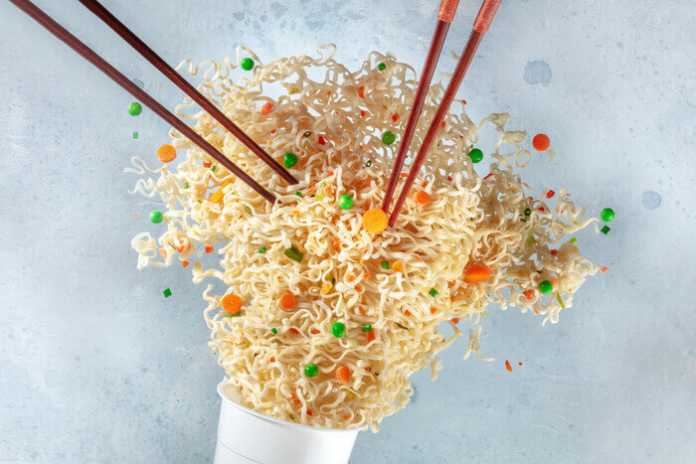 See a container of Cup Noodles at a convenience store and you might think of dorm rooms and cheap calories.

But there was a time when eating from the product’s iconic packaging exuded cosmopolitanism, when the on-the-go meal symbolized possibility – a Japanese industrial food with an American flair.

Cup Noodles – first marketed in Japan 50 years ago, on Sept. 18, 1971, with an English name, the “s” left off because of a translation mistake – are portable instant ramen eaten with a fork straight from their white, red and gold cups.

I research how products move between America and Japan, creating new practices in the process. To me, Cup Noodles tell a story of crossing cultures, and their transpacific journey reveals how Japan has viewed America since World War II.

A flash of inspiration

It is a story widely told in Japan: Cup Noodles were created by the same person who invented instant ramen, Ando Momofuku, who, in 1948, founded Nissin Foods.

Ando was born in Japan-occupied Taiwan and moved to Osaka in 1933. In war-torn Japan, Ando watched people line up to purchase cheap bowls of noodles from stands in black markets. The noodles were made from wheat flour donated by the United States to make bread, a food more filling but less common in the Japanese diet.

Ando wanted to make noodles people could easily eat at home, so he built a laboratory shed in his backyard.

After several failed attempts, inspiration struck in 1958. While observing his wife, Masako, frying tempura, he noticed that oil removed the moisture.

He then realized that fried and dried noodles could be remoisturized when boiled. Seasoning powder and dehydrated toppings could be added, making countless flavor combinations possible. Ando chose chicken for the first flavor because chicken soup seemed rich, nutritious and American.

Because Ando’s “Chikin Ramen” cost six times the price of a bowl of fresh noodles, he had trouble attracting investors. His solution was to take his product directly to the public through tasting events. Chikin Ramen caught on and later became one of the most prevalent foods in postwar Japan.

In the mid-1960s, Japanese sales of his Chikin Ramen – and spinoff products like “Spagheny,” an instant spaghetti created in 1964 – declined, in part, because of market saturation. Ando then sought a new market for instant ramen: the United States.

In the U.S. at that time, Japanese foods like sukiyaki – beef and vegetables cooked in a hotpot – were in vogue because they seemed exotic yet fit the general American palate. Ando believed instant ramen could do the same.

So in 1966 he traveled to the United States to promote Chikin Ramen. He was surprised to see Americans break packs of dried noodles into pieces, put them into cups and pour boiling water over them, rather than prepare Chikin Ramen in a pot and then serve it in a bowl.

When Ando returned to Japan, he set out to craft a new product inspired by this American preparation technique to sell in Japan.

On the go becomes all the rage

After much trial and error, the Nissin team devised a way to wrap a plastic foam cup around dried noodles placed in the center for easy expansion. Different flavors were placed atop the noodles to help them cook better and make them look like a fuller meal. The cup had a pull-back lid inspired by a container of macadamia nuts Ando had eaten on his transpacific flight.

Otaka Takeshi, who created the logo for the Osaka 1970 world’s fair, designed the cup to look cosmopolitan and cutting edge, with large English words in a red psychedelic font above small Japanese words and with gold bands inspired by expensive dinner plates. Cup Noodle included around the same amount of ramen as the dried packs but cost four times as much because it was more expensive to make. The price made Cup Noodle seem luxurious.

But in Japan, eating while walking is considered rude. It’s also difficult to do with chopsticks. So Nissin decided to change how people eat. Each Cup Noodle came with a small plastic fork.

Nissin held tasting events in Japan to promote Cup Noodle and teach people how to eat it. The most successful was held on Nov. 21, 1971, in Tokyo’s Ginza shopping district. It targeted young adults strolling the “Pedestrian Paradise,” Japan’s most fashionable street.

More than a fashionable food

Cup Noodle epitomized the dominant belief in postwar Japan that a better life could be achieved through convenience and comfort, whether it was through appliances like refrigerators and televisions or takeout food.

Japan’s first convenience stores opened in 1969 and became primary marketers of Cup Noodle. Notably, Nissin held its Ginza Cup Noodle event in front of Japan’s first McDonald’s, which had opened on the Pedestrian Paradise four months earlier, on July 20, 1971. Cup Noodle was one of the first foods sold in vending machines in Japan, with the first Cup Noodle vending machine installed near the Tokyo offices of the Nihon Keizai financial newspaper in November 1971.

Over time, the manufacturing process improved and prices dropped, and instant ramen became a go-to food for economically precarious populations.

Cup Noodle has deployed several successful Japanese marketing strategies. They include releasing a steady stream of new flavors – from Japanese comfort foods like chicken teriyaki to exotic fare like curries – along with attention-grabbing limited-edition flavors like “Cheechili Curmato” (chili, tomato and European cheese curry, anyone?).

Marketers tapped into nostalgia and fan collaborations to help sell the product. Nissin also adopted the popular Japanese advertising practice of hiring American celebrities to pitch their products, with James Brown singing about miso-flavored Cup Noodle to the tune of “Get On Up” in a memorable 1992 television ad.

None of these strategies was used to sell Cup Noodle in the United States, however.

The product took a different path in the U.S. by downplaying foreignness and fashion and by becoming an ordinary American food.

Cup Noodle was first sold in the United States in November 1973 at a time when Japanese products like Toyota cars were designed to be different from those made in America yet easy for Americans to understand, pronounce and accept.

Americanized as “Cup O’Noodles” – and later renamed “Cup Noodles,” with an “s,” in 1993 – it had shorter noodles that could be eaten with a spoon and fewer flavors than those offered in Japan.

Nissin’s first overseas factory opened in 1973 in Lancaster, Pennsylvania. Now, in 2021, Cup Noodles is made in 80 countries and territories, each with its own local variants. For example, you can eat masala Cup Noodles in India and mushroom Cup Noodles in Germany. By May 2021, 50 billion units of Nissin’s Cup Noodles had sold worldwide.

In Japan, Cup Noodles now represents a mix of trendiness and nostalgia. Visitors to Japan’s Cup Noodles Museums can make their own personalized Cup Noodles. Popular characters like Yoda and Hello Kitty have hawked Cup Noodles in Japan.

In the U.S., a neon 60-foot Cup Noodles ad hung in New York’s Times Square from 1996 to 2006 – a symbol of Nissin’s global reach. It represented the idea – common in Japan – that making it big in America is the key to business success.

In America, however, Cup Noodles has succeeded by hiding its Japanese roots.

This article was originally published in The Conversation on 8 December 2021. It can be accessed here: https://theconversation.com/how-cup-noodles-became-one-of-the-biggest-transpacific-business-success-stories-of-all-time-167691

Alisa Freedman is a Professor of Japanese Literature, Cultural Studies, and Gender at the University of Oregon and Editor-in-Chief of the U.S.-Japan Women’s Journal.

Her books include “Japan on American TV: Screaming Samurai Form Anime Clubs in the Land of the Lost,” “Tokyo in Transit: Japanese Culture on the Rails and Road,” an annotated translation of Kawabata Yasunari’s “The Scarlet Gang of Asakusa,” and co-edited volumes on “Modern Girls on the Go: Gender, Mobility, and Labor in Japan,” and “Introducing Japanese Popular Culture.”

She is writing a new book on “Cold-War Coeds: The Untold Story of Japanese Women Sponsored by the U.S. Military” and is helping to archive the personal stories of trailblazing women in Japanese Studies. She has published more than 25 articles on Japanese modernism, Tokyo studies, educational exchange, study abroad, youth culture, gender, television, humor as social critique, teaching pedagogies, and digital media, along with publishing translations of Japanese literature. 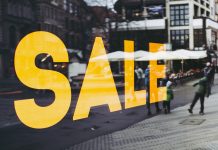