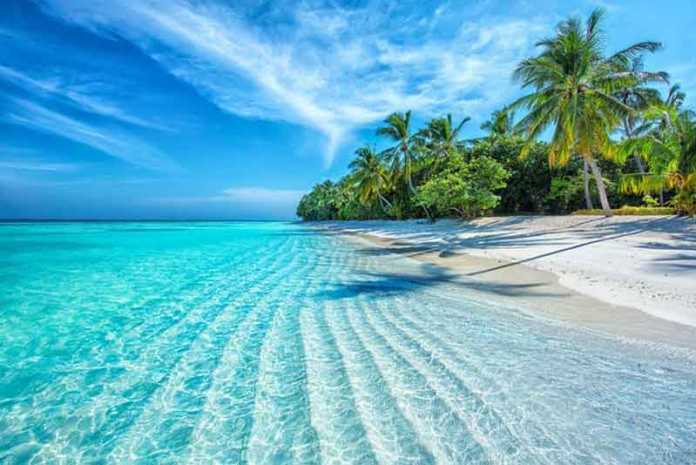 Small islands in the Indian Ocean, the Caribbean or in the Pacific islands promise dream holidays and the fulfilment of bucket lists. And, for the islands themselves, tourism is a vital source of jobs, income and prosperity.

But the pandemic and its effect on the travel industry has meant places such as the Maldives and the Seychelles have seen their economies brought to the brink of collapse.

These islands are mainly powered by the “blue economy” – sectors such as tourism and fisheries which depend on the sea. But COVID-19 has shown the risks of such reliance. So how can these islands build economic resilience while protecting the fragile ecology on which they depend?

As I explain in my new book, one response could be to look to the “orange economy” – a term which describes the various sectors – everything from art, film, music and video games – of the creative and cultural industries.

The impact of these industries is often underestimated. In the UK for example, they add £13 million every hour to the national economy – more than the automotive industry, life sciences and aerospace combined.

And globally, the orange economy employs more people aged 15−29 than any other sector. It has become an engine for regeneration in inner cities such as Liverpool in the UK, and Pittsburgh in the US. But this potential economic boost should not be limited to wealthy countries. Indeed, for developing regions there is no reason why these sectors should not play an increasingly important role.

In small island developing states (known as SIDS) in particular, the orange economy could a play a valuable role in supporting the blue one. Yet many of the entrepreneurs, educators and government officials I spoke to in St Lucia, the Maldives, the Seychelles and the Pacific islands, mentioned the lack of an ecosystem for developing and supporting the creative industries.

That said, some encouraging steps have been taken. For example, in 2017 the Caribbean Development Bank launched a dedicated fund to stimulate growth in these sectors, with an initial injection of US$2.6 million (£1.8 milllion).

Among other projects, this has supported visual artists across the region as well as film and animation projects in St Lucia and Trinidad and Tobago.

This kind of access to finance is crucial. But independent investment is virtually nonexistent in these islands, meaning entrepreneurs and startups often have to rely on costly borrowing.

Another serious challenge is developing an economic model which has a positive effect on the environment – especially when that environment is essential to the other industries. But a further strength of an orange economy is that creativity and innovation are renewable resources.

It is also a development that could quickly fit into the established economic fabric of a small island. After all, the relationship between digital content, technology platforms and culture has already had a positive disruptive effect on tourism, providing people with more choice and information.

One good example of a digital-creative project is the non-profit company Hydrous which allows users (potential tourists) to go on a virtual dive into the marine environments of Palau in Indonesia, using an immersive technology app. This includes a guided tour of the coral reefs, where virtual divers can explore the islands’ marine wildlife, including sea turtles, manta rays and sharks.

Before a trip is booked, a potential traveller could explore resorts using high-definition virtual reality software. Once they’ve arrived, they could use “SLAM” (Simultaneous Localisation and Mapping) technology, which responds to a user’s precise location to provide information (either in text, animation, or audio and visual recordings) about their immediate environment, enhancing their enjoyment and understanding.

From a business perspective, optimising this kind of technology requires creativity. This is just one way in which a move to more digital and creative businesses could enhance tourism and support the wider ocean economy.

The orange economy has the potential to redefine the recovery of small island states, while protecting the blue economy they have relied on for so long. The focus for SIDS should be on establishing a creative economy which allows islanders to create, innovate and monetise their ideas.

By doing that island states can build a strong, resilient and sustainable economy that supports the health of ocean environments – and the creative and entrepreneurial ambitions of the people who live in them.

This article was originally published in The Conversation on 3 November 2021. It can be accessed here: https://theconversation.com/how-creative-industries-could-boost-the-economies-of-small-islands-crippled-by-covid-168502

Peter Rudge is a creative entrepreneur, academic, author and investor. He is a member of the World Economic Forum’s Expert Network and the United Nations Expert Group on Creative Economies.

He is a UK representative to the World Business Angels Forum, a full voting member of BAFTA, a Fellow of the Royal Society of Arts and an active member of the Speakers 4 Schools charity.

His book Beyond the Blue Economy: Creative Economies and Sustainable Development in Small Island Developing States, was published by Routledge in April 2021.