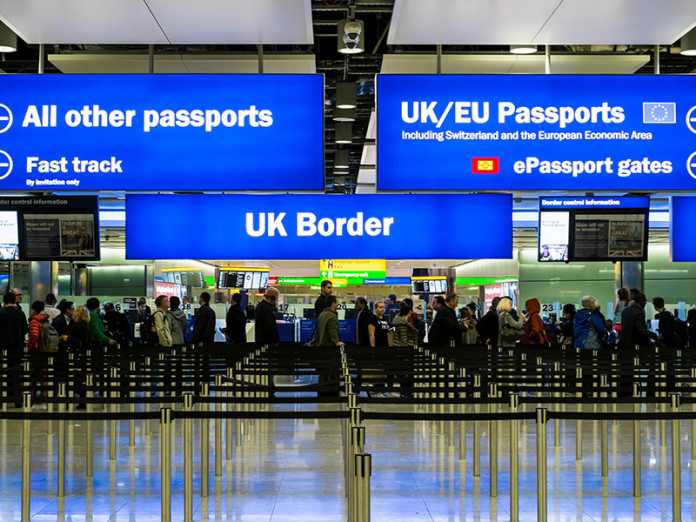 Top Ways on How Brexit Will Affect the UK Immigration

What is Brexit? Brexit stems from two words, Britain and Exit. On 31 January 2020, the UK left the European Union under a withdrawal agreement, but this is not all. This agreement covers aspects such as a transition period and how to prevent checks at the Irish border and the UK’s financial settlement with the European Union. The transition period was agreed to be 11 months, and the changes are expected to take effect from 1 January 2021. The new relationship between the UK and EU will affect many life disciplines from trading to immigration. Brexit majorly affects the immigrants as it has clear terms and conditions that they need to follow. Here are a few ways that Brexit affects UK immigration.

According to Brexit, any immigrant working in the UK may face some new regulations and rules. An immigrant will be required to reapply for their visas after a specific period. If you are an immigrant and desire to work in the UK, you must show a valid work permit to be allowed in. This will prove to be a little complicated, especially if you intend to work in the UK permanently. The visa policies application process is a little lenient as it does not require one to have secured a job in the UK as in the past. However, it is worth noting that the visa’s validity period has been reduced to one year. Once the period elapses, an immigrant should exit and reapply for the visa. Analysts have termed this as time-consuming and inconveniencing mostly for people who already have a permanent job position. In addition to this, the visa reapplication process is set to 12 months, and this creates uncertainty for the immigrants.

Regulations on Workers Moving into the Country

The exit aims to reduce the number of labourers coming into the country. This is following the new White Paper developed by the UK government. Reading through it, you understand that all the rules are to reduce the number of workers in the country. These rules apply to both workers and investors. Investors are required to acquire an investor visa to operate in the country legally. This visa states that no investments should be run to a minimum of GBP 1 million. Experts have said that this is a hard tackle for most business owners, especially with the expected inflation rates compared to the previous regulations.

The Status of the UK Residents

UK residents should also brace up as they will also be affected by Brexit. The new regulations state that any residents who have lived in the UK for more than six years have to reapply for UK citizenship. Anyone residing for five years or more must get legal documents to show that they have permanent residency. If they have been in the country for less than five years, they are required to apply for the Registration Certificate to prove that they are nationals of the European Union and have a legal right to be in the United Kingdom. This makes living in the UK hard as immigrants must begin the registration process newly even after having settled in the UK for a considerably long time.

Border Control and Restrictions on the Freedom of Movement

Brexit restricts movement at the borders whereby one must show a return or onward ticket, show that they have enough money to stay in the country as well as demonstrate the ability to use separate queuing lanes from the EU, EEA, and Swiss citizens. If the deal or no deal impact is passed, there will be a restriction on the free movement. This means that free movement will cease, and there will be more massive movement regulations on tourists, business owners, and students in the European Union.

Reading through all the above-discussed information gives you a deeper understanding of Brexit’s effect on UK immigration. The set policies will affect not only the immigrants but also the entire country. However, according to numerous studies and assessments, some of these policies have been discovered to do more harm than good. As such, any person who wants to move into the UK needs to carefully read through these changes and know what is required from their end.

Gabriel Ted writes for immigrationnews.co.uk. This is a media platform that helps to raise awareness about migrant injustices and news around the world.