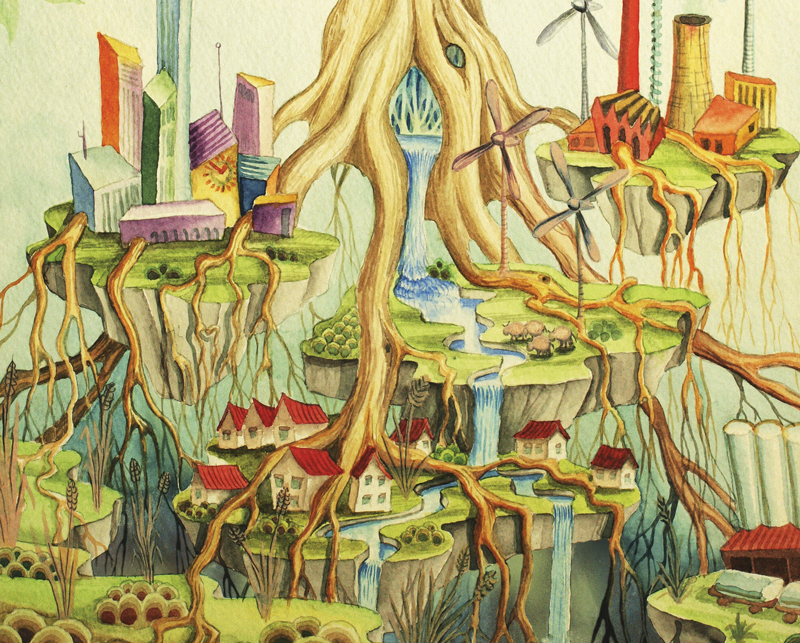 By William I. Robinson

World capitalism is experiencing the worst crisis in its 500 year history. Global capitalism is a qualitatively new stage in the open ended evolution of capitalism characterised by the rise of transnational capital, a transnational capitalist class, and a transnational state. Below, William I. Robinson argues that the global crisis is structural and threatens to become systemic, raising the specter of collapse and a global police state in the face of ecological holocaust, concentration of the means of violence, displacement of billions, limits to extensive expansion and crises of state legitimacy, and suggests that a massive redistribution of wealth and power downward to the poor majority of humanity is the only viable solution.

The New Global Capitalism and the 21st Century Crisis

The world capitalist system is arguably experiencing the worst crisis in its 500 year history. World capitalism has experienced a profound restructuring through globalisation over the past few decades and has been transformed in ways that make it fundamentally distinct from its earlier incarnations. Similarly, the current crisis exhibits features that set it apart from earlier crises of the system and raise the stakes for humanity. If we are to avert disastrous outcomes we must understand both the nature of the new global capitalism and the nature of its crisis. Analysis of capitalist globalisation provides a template for probing a wide range of social, political, cultural and ideological processes in this 21st century. Following Marx, we want to focus on the internal dynamics of capitalism to understand crisis. And following the global capitalism perspective, we want to see how capitalism has qualitatively evolved in recent decades.

The system-wide crisis we face is not a repeat of earlier such episodes such as that of the the 1930s or the 1970s precisely because capitalism is fundamentally different in the 21st century. Globalisation constitutes a qualitatively new epoch in the ongoing and open-ended evolution of world capitalism, marked by a number of qualitative shifts in the capitalist system and by novel articulations of social power. I highlight four aspects unique to this epoch.1

An Investors Guide On How to Apply for an EU Citizenship

6 Things That Make Your Business More Attractive to Investors

U.S. Interest Rates are on a Gradually Buoyant Trend