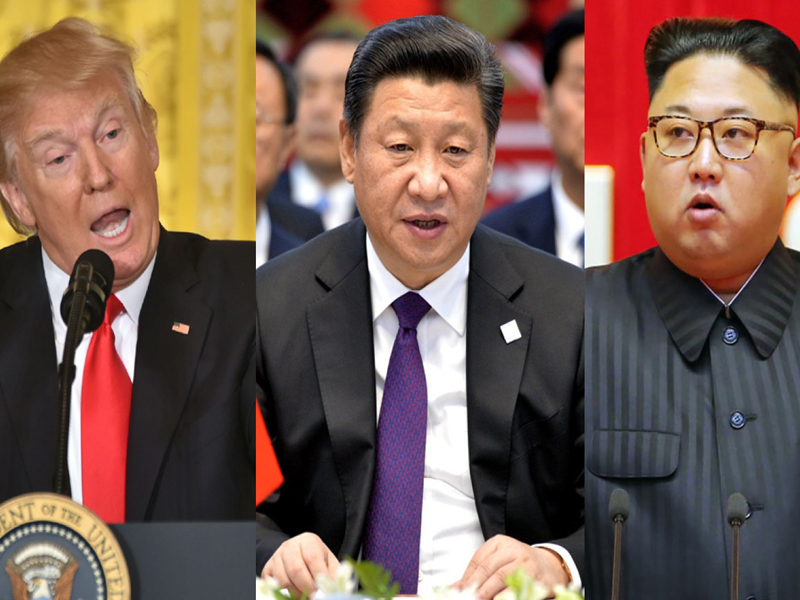 We are all for world peace and economic stability. But who holds the key? In this article, the author shares his expert insights on how the United States could come to terms with China and North Korea. In the end, rewards, and not sanctions, might just be the key to a better world.

The United States is Number One in “hard power” that can be used to compel and coerce others to change their behaviour. But Washington can also use its military and economic strengths for “soft power” goals – to persuade and coopt others for joint gains. The United States did so in 1947–1950 when it expended nearly three percent of GDP under the Marshall Plan to help friends and former foes to rebuild and ally for shared objectives. The programme incentivised France to cooperate with Germany and the Benelux countries to cooperate with France. When the US economy slowed, trade with revitalised Europeans kept US factories and workers busy. Mutual gain laid the basis for a shared prosperity and military security community that remain strong after nearly seven decades.

Instead of threatening today’s adversaries around the world, the United States could carry a big stick but also offer positive incentives to resolve disputes. As Roger Fisher and William Ury argued in Getting to Yes, we need to search for arrangements that meet the basic interests of each share-holder.

Two of the major conflicts in East Asia concern China’s claims in its offshore waters and its policies to North Korea. China’s claims islands and rocky outcroppings in the South China Sea and has begun to fortify them. An international court at the Hague has ruled that China has no historic or other right to this territorial aggrandisement. What could Washington offer to persuade China to pull back before an arms conflict ensues with US ships demonstrating their right to sail in international waters? First, Washington could back a programme of cooperation  among all the littoral nations – China, the Philippines, Vietnam and others – to develop and share the mineral and fishing riches of the disputed waters. Second, the United States could commit to cutting back its intelligence gathering from ships and planes traversing waters close to the Chinese mainland. Neither step would bring material gain to the United States but could save it from a perilous military confrontation.

The United States should also assure China that – no matter what happens there – US troops will never advance further north than the outskirts of Pyongyang.

With regard to North Korea, Beijing and Washington need to plan for alternative futures. If the regime collapses, Beijing and Washington should agree in advance how to dispose of DPRK nuclear weapons and facilities. The United States should also assure China that – no matter what happens there – US troops will never advance further north than the outskirts of Pyongyang.  If the two Koreas merged and nuclear weapons removed, US troops could be withdrawn from the peninsula.

Positive incentives helped achieve the Agreed Framework signed by US and DPRK negotiators in 1994. The North agreed to stop production of plutonium in return for construction of two light water power reactors and – until they began operating – regular deliveries of heavy oil. Both sides denounced the accord in 2002. Washington complained that the North cheated by starting to enrich uranium. Pyongyang countered that the United States broke its obligations. Contrary to Japanese Prime Minister Shinzo Abe,1 by 2002 construction of the reactors had still not begun and oil deliveries often arrived late. Also, Washington had done nothing to normalise political relations with the DPRK as pledged in 1994.

Walter C. Clemens, Jr. is Associate, Harvard University Davis Center for Russian and Eurasian Studies and Professor Emeritus of Political Science at Boston University. He wrote North Korea and the World: Human Rights, Arms Control, and Strategies for Negotiation (Lexington: University Press of Kentucky, 2016). He can be reached at [email protected]