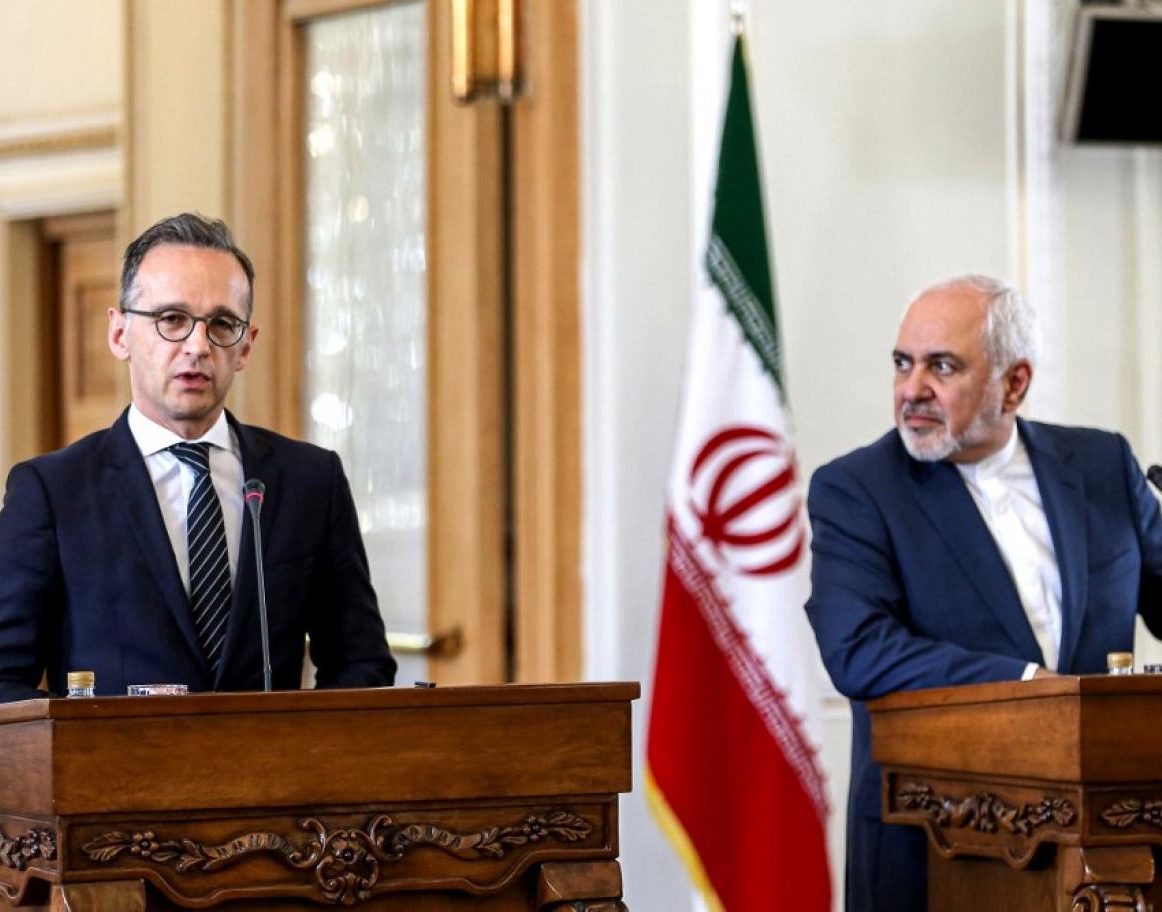 Madame Angela Merkel – the head of Europe’s strongest economy, of the leader of the European Union, said that there was strong evidence that Iran attacked the two tankers in the Gulf of Oman. Ten days ago, German Foreign Minister, Heiko Maas, travelled to Tehran, officially to “save” the Nuclear Deal (Joint Comprehensive Plan of Action – JCPoA), but in reality, to ‘negotiate’ with Tehran ways so Germany and by association other EU members, might still do business with Iran, against some “concessions” by Iran, in order to appease Washington.

“We call on countries not party to the JCPoA to refrain from taking any actions that impede the remaining parties’ ability to fully perform their commitments;”

Iran’s President Rouhani reacted quickly. FM Maas got the cold shoulder and was dismissed. And rightly so. Maas was not really representing Germany – but the United States. Iran gave the EU an “ultimatum” of 60 days to stick to their commitments on trading with Iran according to the Nuclear Deal – despite the US reneging on it – or else, Iran may bypass some of the conditions under the JCPOA accord. The EU – not being independent and her member countries having lost all sovereignty by submitting to the dictate first from Brussels, second from the tyranny of Washington, didn’t like the ultimatum, and said so in a joint statement. They added a weak and meek phrase, “We call on countries not party to the JCPoA to refrain from taking any actions that impede the remaining parties’ ability to fully perform their commitments;” not even daring calling the country by name, for whom the statement was destined, i.e. the US of A.

Germany’s position is as absurd as it has ever been since Merkel and the entire Bundestag accepted the sanctions imposed by Washington on Russia in 2014 – and replicated them along with the rest of the EU – even to their own detriment and to the detriment of the entire EU. Chancellor Merkel and apparently the entire Bundestag, again, go along with Washington’s equally absurd and false accusation that Iran has attacked the two tankers, one Japanese owned, the other Norwegian. The latter belonging to a close friend of Iran’s, and the Japanese one, hardest hit – exactly at the time when Japan’s PM Shinzō Abe, was visiting the Ayatollah in Tehran to discuss how to maintain the Nuclear Deal – trading – despite the sanctions and threats of Washington, hence, a friendly visit.
—

Peter Koenig is an economist and geopolitical analyst. He is also a water resources and environmental specialist. He worked for over 30 years with the World Bank and the World Health Organization around the world in the fields of environment and water. He lectures at universities in the US, Europe and South America. He writes regularly for Global Research; ICH; RT; Sputnik; PressTV; The 21st Century; TeleSUR; The Saker Blog, the New Eastern Outlook (NEO); and other internet sites. He is the author of Implosion – An Economic Thriller about War, Environmental Destruction and Corporate Greed – fiction based on facts and on 30 years of World Bank experience around the globe. He is also a co-author of The World Order and Revolution! – Essays from the Resistance.