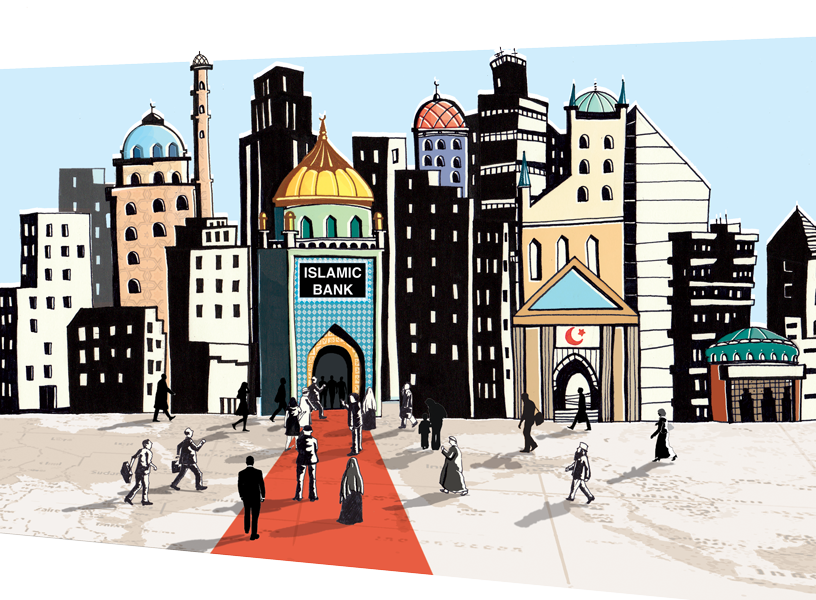 Despite the rapid growth in Islamic banking during the past decade, challenges remain, pointing to the need for further reforms and greater harmonization in the interpretation of what is Shariah compliant between Islamic scholars and bankers.

Islamic countries and regions are geographically concentrated in Africa, the Middle East, South and Central Asia as well as East Asia. A characteristic of large segments of Muslim populations—with notable exceptions such as the oil producing Gulf countries—is that they are poor1 and largely lack access to banking services (see graph). That poverty and underbanking go hand-in-hand is a reflection of the importa-nce of banking as an engine for economic development. Financial institutions stimulate growth by promoting savings, allocating capital efficiently, and helping risk diversification. But finance can also reduce poverty, by facilitating access to deposits and allowing individuals to take advantage of opportunities that require upfront costs. This could be in the form of allowing entrepreneurs who lack funding to launch their own businesses.