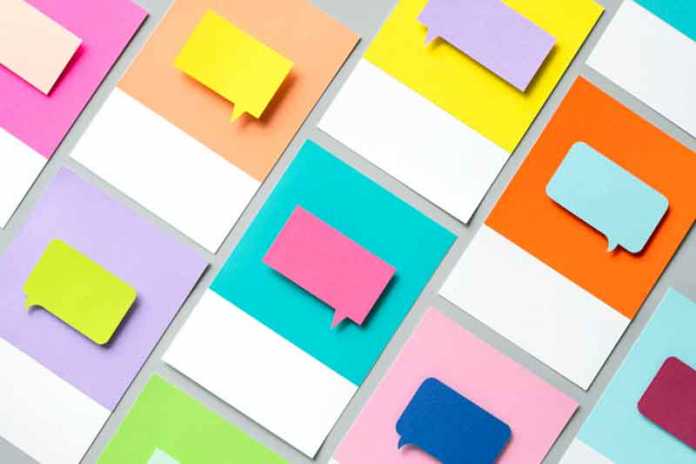 The dramatic changes in technology over the past 20 or so years, from the internet to the smartphone and digital assistants like Alexa, have made communication more accessible than ever before. We have created an online world where we post, share, comment, express views and seek information as well as relationships. These changes have also transformed the language we use.

The study employed a methodology called corpus linguistics, which analyses large amounts of language using specialised software. The method allows researchers to search and compare word frequencies across different texts and genres, revealing the patterns and trends in language over time. The software used in this study was developed at Lancaster University and is freely available for download together with the data.

Here are some of the most striking changes:

Our study revealed that overall, British English has become much more informal. This is true not only in blog posts and social media, where informality would be expected, but across the whole spectrum of genres, from fiction to newspapers, political speeches and academic writing.

Take the example below, from a recent academic paper -– a genre that has traditionally been perceived as formal. What is new about the language of this text is the high frequency of informal features like contractions (isn’t) and second and first person pronouns. This is something that would be fairly unusual before the internet revolution.

For at least on a popular Christian conception, when you believe something truly on the basis of faith this isn’t because of anything you’re naturally competent to do…I argue in this article that there’s no deep tension between faith-based knowledge and virtue epistemology.

Each word in this list has a story behind it. Take, for example, the word app, which is somewhat symbolic for the technological revolution. Although the first uses of this term are from the early 1990s, there are only a handful of examples of this word being used in the 100 million words of the BNC1994. One example, from a computer magazine:

In the early 1990s, the term used to refer to an app was software with 9,356 examples in the BNC1994. Nowadays, software is used much less frequently with a 49% decrease in use. On the other hand, app has considerably increased its frequency of use in elanguage (167 per million words) as well as in general British English (41 per million words).

The use of modal verbs such as must, may and shall has reached new lows. Must is now used just over 350 times per million words, a 42% decrease over the last 20 years. May marked a similar decrease (41%) as must, while shall changed even more dramatically, a 61% decrease.

These changes are associated with the overall shift of British English towards informality. The following sentences, both from BNC1994, now sound slightly old-fashioned and formal:

Of course, we shall not be staying here long.

May I take my jacket off, please?

The decrease in the frequencies of modals started in English at the beginning of the 20th century, when must and may appeared well over 1,000 times per million words. Shall has always been the verb with the lowest frequency (400 per million words at the beginning of the 20th century and 64 per million words in present-day English). The graph below shows a clear trajectory of decrease of the core modals in English. If the trend continues at the same rate, these modals will be practically out of use by 2050. Note, however, that language change rarely follows a straightforward linear pattern of decrease.

Language change is also demonstrated in subtle linguistic features like punctuation marks. These indicate how long our sentences are, and what message and tone these carry: statements, questions or exclamations. The table below shows five most popular punctuation marks in English writing and how their frequency per million words has changed from the early 1990s to the present.

Most common punctuation marks are used more frequently now than they were in the early 1990s. This is particularly noticeable in the case of question marks (64% increase) and exclamation marks (103% increase). This might be a sign of language becoming more interactive and carrying a more emotional load. There is a small (5%) decrease in the use of semicolons, which are typically used in a more formal style of writing.

The corpus study offers a unique insight into the changes to lexical and grammatical features of British English over the years – only a few examples of which were given in this article. These reflect changes in technology as well as society. While language is always changing, the unprecedented access to a variety of forms of language on the internet, where one doesn’t need to be a fiction writer or a journalist to reach thousands or millions of readers, has accelerated informalisation of language.

This article was originally published on The Conversation on 29 December 2021. It can be accessed here: https://theconversation.com/five-ways-the-internet-era-has-changed-british-english-new-research-172432

Vaclav Brezina‘s main research interests are corpus linguistics, statistics, and the application of corpus methods in the study of speech and writing, learner language, collocations, phraseology and vocabulary. He is also interested in corpus design and corpus tools development.