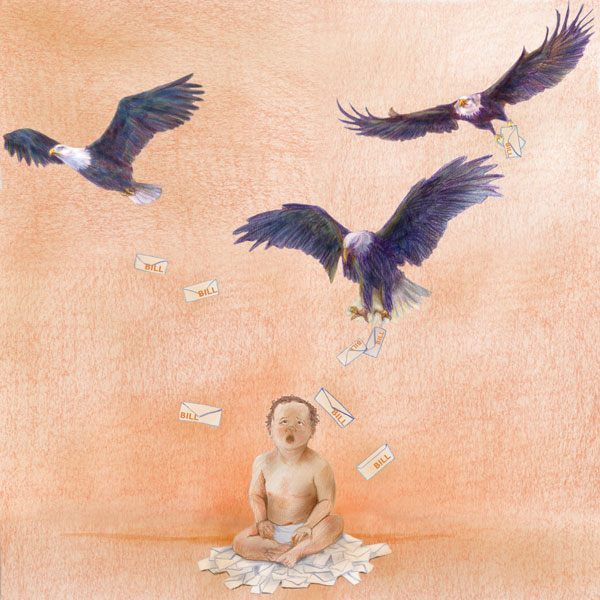 President Kennedy said, “Our problems are man-made.  Therefore, they may be solved by man.” Looking at America’s current horrendous fiscal situation, one might well add, “Man’s solutions have become his problems.”   Indeed, many of our problems today can be described as cases of catastrophic success, where we have identified a major problem and fixed it. But, in doing so, produced a different and, potentially, much worse problem than originally existed.

Our most disastrous success has been turning retirement into a well-paid, long-term occupation.  We have done this by trying to do right by our elders – by expending ever-larger sums each year in Social Security, Medicare, and Medicaid benefits to keep them healthy and financially secure.  These sums are now huge, amounting to more than $30,000 per oldster per year. That is three fourths of annual U.S. per capita income.  In the process, we have done terrible wrong by our children, grandchildren, and great grandchildren. We have saddled them with massive government bills to pay for this largess. These bills stretch from here to eternity. The bills are far beyond their capacity, just as they are far beyond our own capacity—and will—to pay.

The United States Is Bankrupt

And the United States is not bankrupt 10, 30, or 50 years from now.  It is bankrupt right now.  Indeed, the U.S. is, arguably, in worse fiscal shape than any developed country in the world.