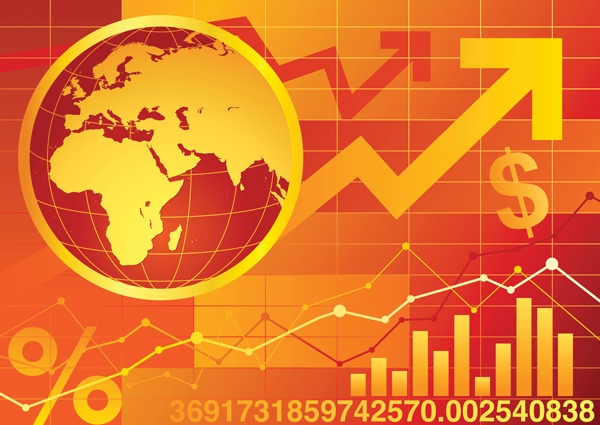 Africa’s rise over the past decade has been very real, and the evidence of the continent’s clear progress is irrefutable; however, there are significant challenges ahead. Below, Michael Lalor from Ernst & Young outlines the critical role of foreign investment in Africa, and the necessity of focussing on believers in the Africa growth story.

Africa’s rise over the past decade has been very real. While skeptics still abound, and there are people who still seek to debate the point, the evidence of the continent’s clear progress over the past decade is irrefutable. The reality is that a diverse range of African countries have now experienced consistent and robust growth for over a decade – certainly the longest period of sustained growth since most countries attained independence in the early 1960s. In the period since 2002, the size of the overall African economy has more than trebled (and grown at twice the population growth rate) – over this period, the size of the Sub-Saharan African (SSA) economy has grown well over 3 ½ times.

What makes this economic performance all the more remarkable is that half of that decade has been marked by a deeply troubled global economy. Although many African economies have been negatively impacted by the situation in key trading partners in Europe and North America, most have remained remarkably resilient. The immediate outlook also appears positive, with many parts of the region forecast to continue experiencing relatively high growth rates, and a number of African economies predicted to remain among the fastest growing in the world for the foreseeable future.

There is therefore good reason to pause and celebrate the progress that Africa has made. At the same time, though, individual countries and the region as a whole still need to address significant challenges in order to sustain this progress, and to emulate the kind of developmental path we have seen in places like south east Asia over the past 30-40 years.

The critical role of foreign investment

We believe that foreign direct investment (FDI) can play a critical role in supporting the sustainability and even acceleration of the growth and development we have seen across Africa over the past decade. As we look ahead to the ongoing challenges of job creation, skills development and ultimately significant reduction in poverty and inequality, foreign investment can play a critical direct and indirect role. Besides being a source of longer term capital, as well as tax revenues, arguably more important is the broader impact of these investments across African economies. The specific category of FDI that we analyse – new greenfield investments and significant expansions of existing projects, all of which must create direct jobs – is particularly relevant in the context of Africa:

• Greenfield FDI has created almost 1.5 million new direct jobs in Africa over the past decade; this does not count the many indirect jobs that would be created as a result of this employment.
• Foreign multinationals are increasingly playing a proactive role in the development of local suppliers, with local sourcing policies helping to create extended supply chains of domestic providers.
• Systematic local skills development and transfer are integral to the longer-term approach of an increasing number of multinationals doing business on the continent. Besides being a responsible approach to doing business, local skills development is actually a business imperative for these companies, because the cost of staffing with expatriates is simply unsustainable.
• Over the longer term, it is not only the skills but also the technologies and innovations that foreign companies introduce into local economies that act as catalysts for development of local capabilities in transformative sectors such as manufacturing and value-adding services.

In the period since 2002, the size of the African economy has more than trebled (and grown at twice the population growth rate).

A key point is that FDI is not only an important contributor to growth and development in and of itself, but that it will continue to be a driver of broader private sector development across the continent. This is critical, because it is the private sector (both foreign but increasingly domestic enterprises) that will ultimately lead the structural transformation required to sustain and accelerate Africa’s growth. It is the private sector that will invest in transformative sectors like agri-processing, manufacturing, ICT and tradable services, such as tourism, business process outsourcing and off-shoring of certain business functions. It is ultimately the private sector that will drive accelerated economic expansion and sustainable job creation.

It is the private sector that will ultimately lead the structural transformation required to sustain and accelerate Africa’s growth.

The perception gap remains a barrier for new investors

Our 2013 Africa attractiveness survey shows some progress in terms of investor perceptions since our inaugural survey in 2011. The majority of respondents are positive about the progress made in and the outlook for Africa. Africa has also gained ground relative to other global regions: whereas in 2011 it was only ranked ahead of two other regions, this year it was ranked ahead of five other regions, (the former Soviet states, Eastern Europe, Western Europe, the Middle East and Central America).

However, the big take away for us from this year’s survey is the stark and enduring perception gap between those respondents who are already doing business in Africa versus those that have not yet invested in the continent. Those with an established business, who understand the real rather than perceived risks of operating in Africa, who have experienced the progress made and see the opportunities for growth, are overwhelmingly positive. Some 86% of these business leaders believe that Africa’s attractiveness as a place to do business will continue to improve, and they rank Africa as the second most attractive regional investment destination in the world after Asia.

In contrast, those with no business presence in Africa are far more negative about Africa’s progress and prospects. Only 47% of these respondents believe Africa’s attractiveness will improve over the next three years, and they rank Africa as the least attractiveness investment destination in the world – many of these potential investors continue to base their perceptions on an image of Africa fixed in a time and space 20 or 30 years ago.

Focus on enabling those already doing business in Africa

However, the fact that there are a number of companies with an already established presence in Africa that are very positive about the continent’s growth prospects and are getting down to business is crucial. These are believers in the Africa growth story, who do not need convincing; they are growing their investments, creating new jobs and focusing on long term, sustainable growth opportunities across the continent.

African governments should engage in more collaborative and productive partnerships with these companies already doing business across the continent.

The numbers also indicate that these companies, many of which have been doing business on the continent for decades, are expanding their operations in Africa, increasing their investments in greenfield projects, reinvesting their local earnings, strengthening local supply chains and enterprise, developing local skills, and generally focussing on long term growth in Africa. These are the believers in the African growth story, who do not need convincing and are already deeply committed to the future of the continent both financially and emotionally.

We believe it is therefore time for a shift of emphasis and mindset away from trying to persuade the skeptics toward promoting the believers; from trying to sell the ‘why’ of investing in Africa toward the ‘how’ of driving successful growth of private enterprise across the continent; from debating the merits of the African growth story toward simply getting down to business.

African governments should engage in more collaborative and productive partnerships with these companies already doing business across the continent. There also needs to be greater focus on creating an enabling environment for doing business by more actively addressing the priorities highlighted in our research this year, namely, implementing anti-bribery and corruption initiatives, accelerating the execution of critical infrastructure projects, addressing customs and border management inefficiencies, and driving the regional trade and integration agenda.

With a critical mass of us pulling in the same direction, and with committed leadership from government, business and civil society, Africa will continue its rise in the decades to come.

Michael Lalor is a partner in the Europe, Middle East, India and Africa (EMEIA) practice of Ernst & Young, now known as EY, and is responsible for the firm’s Africa Business Center. He has a background in political science, economics, and literary studies. Michael’s areas of focus include strategy and business development. His responsibilities include the firm’s thought leadership initiatives on Africa, such as the flagship Africa Attractiveness publication. He has also worked with a number of companies from various countries and across a range of sectors to assist them in developing, stress-testing and executing their Africa growth strategies.

Why a charitable mindset can pay off for a business?

Opening an Italian Branch of your international company: steps to consider

Top 4 Reasons to Appoint a Personal Injury Lawyer in Tacoma

How to Correctly Apply for a Personal Loan

Why Take Your Banking Online These Days?

How To Set Up Your Will

4 Essential Things You Should Know About Gold IRA