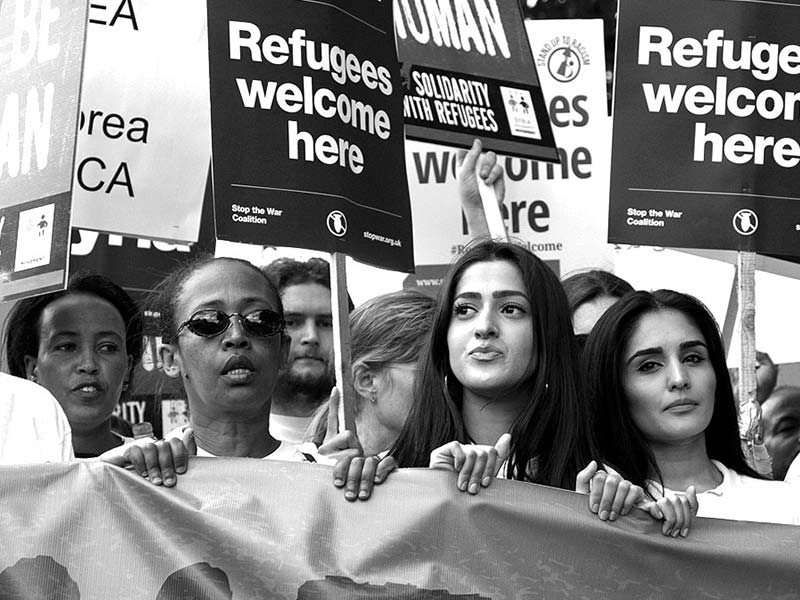 In a speech to the European Parliament on April 23, Juncker argued that we need is shared solidarity on managing the relocation of refugees. According to the International Organisation for Migration (IOM), so far in 2015, almost 78,000 people have reached the EU by sea from Libya and Egypt, with the vast majority landing in Greece or Italy. This article by Katharine Jones discusses the EU’s Refugee Relocation Plans and why it needs a reality check.

The European Commission has announced that it will embark on an unprecedented mandatory emergency “relocation” of 40,000 Syrian and Eritrean refugees. The Commission proposes that women, men and children who arrive in Greece and Italy who “are in clear need of international protection” will be relocated to other EU member states. States will be offered €6,000 per individual relocated.

A bold plan driven by Jean-Claude Juncker, head of the Commission, initiatively gives life to proposals within the long-awaited EU Agenda on Migration, announced on May 13. Prompted by the scores of deaths among migrants in the Mediterranean and a clamour from Greece and Italy for EU assistance, the plan also leaves open the possibility of a future relocation scheme, meaning that other states might yet find themselves suddenly dealing with a clutch of new arrivals.

Trailing his initiative in a speech to the European Parliament on April 23, Juncker argued that “We cannot leave it solely to the member states directly concerned to manage the relocation of refugees. What we need is shared solidarity.”

This grand language of solidarity and humanitarianism is all very well – but a reality check is needed.

Although branded as an “emergency response”, the relocation scheme will in fact be spread over two years. This equates to about 1,500 people per month.

To put these numbers into context, more than 200,000 people reached the EU by sea in 2014, four times the number that arrived in 2013. According to the International Organisation for Migration (IOM), so far in 2015, almost 78,000 people have reached the EU by sea from Libya and Egypt, with the vast majority landing in Greece or Italy. These numbers are almost certainly an enormous underestimation of the people who set out but die on the way.

Worse still, only refugees arriving in Greece and Italy after April 15, 2015 will qualify. Refugees arriving before this date cannot be included, leaving thousands languishing in terrible conditions in overcrowded reception centres in landing sites with civil society organisations struggling to provide services or to be returned.

In another little-reported limitation, under the relocation scheme, EU member states are not being required to resettle individuals permanently, but only to process their asylum claims through their national systems. The commission proposes that the Italian and Greek authorities screen arrivals for those who appear to be “prima facie in clear need of international protection” with the assistance of the European Asylum Support Office (EASO) and “other relevant agencies” (as yet undefined).

In other words, only those who can quickly demonstrate in potentially terrible reception centre conditions that they would be covered under the terms of the 1951 Refugee Convention will be relocated. Others will either be returned through a voluntary process or be deported. Relocation is not resettlement.

The relocation quota is based on an article of the Lisbon Treaty in effect since 2009 but little are understood by the general public. The article states:

“In the event of one or more member states being confronted by an emergency situation characterised by a sudden inflow of nationals of third countries, the Council, on a proposal from the Commission, may adopt provisional measures for the benefit of the member state(s) concerned. It shall act after consulting the European Parliament.”

The proposed scheme’s implications are far-reaching and possibly permanent. In this climate of proposed naval “pushbacks” and proposals for extraterritorial asylum processing, forced relocation of this nature and on this scale would be a major challenge to the existing global refugee regime.

The proposed scheme’s implications are far-reaching. In this climate of proposed naval “pushbacks” and proposals for extraterritorial asylum processing, forced relocation of this nature and on this scale would be a major challenge to the existing global refugee regime.

Under the proposals, member states will be proportionally allocated refugees depending on their population, total GDP, unemployment rate, the average number of spontaneous asylum applications they receive, and the number of refugees they resettled between 2010–2014.

For it to proceed, a two-thirds majority of member states must agree. While Germany and Sweden have expressed support for the scheme; others have been reticent or outright hostile. Hungarian Prime Minister Viktor Orban rather bombastically proclaimed:

“It is a mad idea for someone to let refugees into their own country instead of defending their borders and then to say I will redistribute them among you. This is an unfair and indecent proposal. We therefore cannot support it.”

Facing an upcoming election in which anti-immigration sentiment is overwhelming, Denmark is exercising its opt-out, allowed under Protocols associated with the Lisbon Treaty. The UK and Ireland have a right to opt in under the same protocols – and while Ireland is opting in, the British government’s response to the current proposals on relocation and resettlement is unsurprisingly deeply negative.

The proposed relocation scheme responds to the concerns of EU member states about “burden-sharing” and preventing any more migrants entering their territory rather than putting individuals’ rights first, despite the humanitarian rhetoric.

The proposed relocation scheme responds to the concerns of EU member states about “burden-sharing” and preventing any more migrants entering their territory rather than putting individuals’ rights first, despite the humanitarian rhetoric.

Those who successfully make it to Italy and Greece will have their claims for asylum screened at speed before they are “distributed” to any country which has agreed to participate. While little research has been done on the motivations and journeys of these “boat people”, we know that individuals arriving in Greece and Italy from countries such as Eritrea and Syria are in dire need of humanitarian protection.

Equally, we must not forget that the EU Agenda on Migration also contains new security measures aimed at vastly enhancing external border controls. These are designed precisely to keep migrants out of the EU.

Plans have already been presented to systematically identify, capture and destroy vessels used by smugglers in facilitating migrants across the Mediterranean as well as even potentially deploying ground forces in Libya.

This increased tendency to treat migration and asylum as security issues is undoubtedly the EU’s real agenda – and it inevitably puts the rights of migrants and asylum seekers themselves at risk.

The article was originally published in The Conversation: http://theconversation.com/eus-refugee-relocation-plans-desperately-need-a-reality-check-42439

Katharine Jones is a Senior Research Fellow at the Centre for Trust, Peace and Social Relations in Coventry University. She was previously a Senior Research Officer in migration and asylum at the UK Home Office and Senior Programme Manager at the Barrow Cadbury Trust. She subsequently managed an international research consultancy – Global Migrant Rights’ Research – conducting research on migrant recruitment and rights’ abuses. She is a Director and trustee of the Scottish Refugee Council, trustee of Scottish Detainee Visitors and Bazooka Arts.