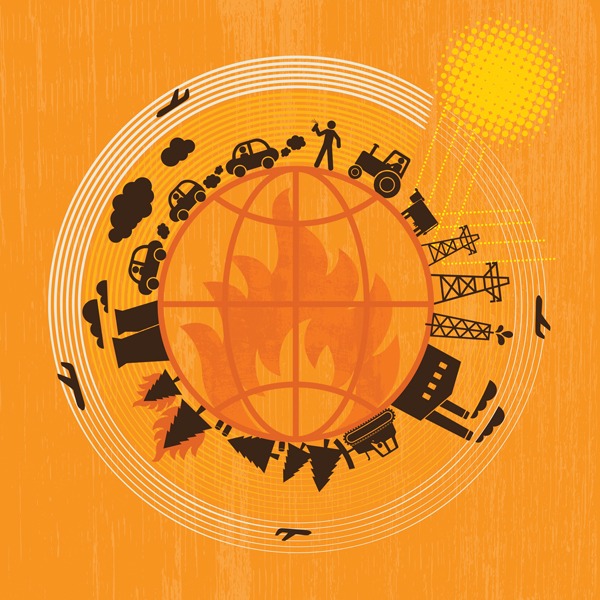 From 2001 to 2012 extreme summer jet stream patterns have doubled as compared with the previous 22 years.2 Along with rising heat and moisture in the atmosphere comes heat waves and heavy rain. The 2010 heat wave in Russia killed more than 55,000 people. Since 2000 when the 132-year global weather record began, the nine warmest years have occurred with the two hottest being 2005 and 2010.3 In May of this year the station north of the Arctic Circle in Finland reached all time heat records, as high as 87 degrees Fahrenheit. Later in June US National Park Service thermometers recorded temperatures had risen to an astounding 129.9 degrees Fahrenheit in Death Valley National Park.

To stay within the scientifically recommended target of 2 degrees Celsius (3.6 degrees Fahrenheit) of warming, developed countries need to cut their emissions by 50 percent on 1990 levels by 2020.4 Global GHG emissions need to peak at 44 GtCO2e by 2020; then they need to dramatically drop at an average of 2.5 percent a year. By 2050 emissions need to have fallen 60 percent below 2010 levels if we are to remain on track.5

In 2010 global GHG emissions (50.1 GtCO2e) were 14 percent higher than what they should be to not surpass 2 degrees warming by 2020.5Even if countries adopt higher ambition pledges accompanied by rigorous accounting rules the estimated emissions for 2020 fall between 51-42 GtCO2e. The scenario is bleak if business continues as usual because this figure increases to 58 GtCO2e.5 As it currently stands we are looking at a shortfall of anywhere between 8-13 GtCO2e. Succinctly put, we are on course to significantly miss the scientific advice to stay within 2 degrees warming.