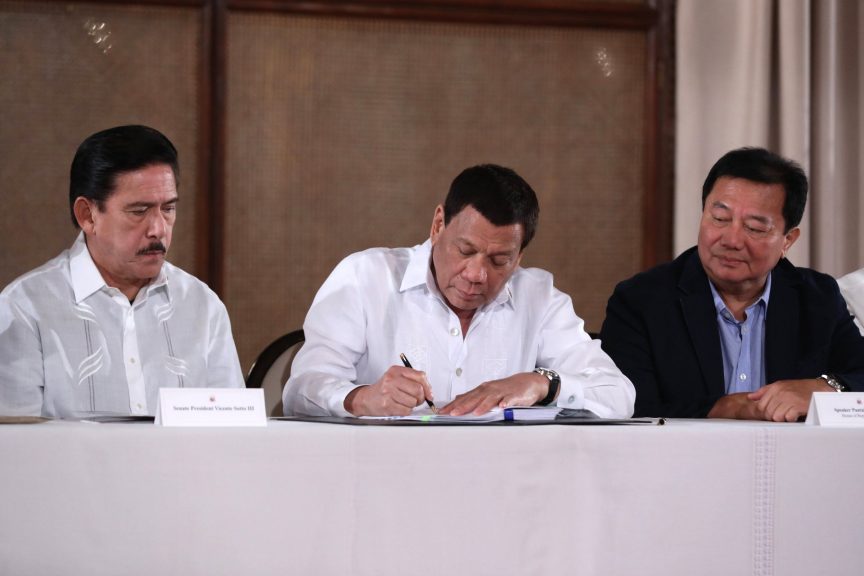 The Philippines has been vying for the ease of doing business act to be signed, and when it was on May 28, economists and business leaders are on the loose, trying to see if this act/bill will become the ultimate key to the country’s economic comeback. Compared to other ASEAN countries, the Philippines is struggling to cope up with the rising infrastructures and economies of its fellows. How well will the Philippines do in the international business market once the act comes into play?

President Rodrigo Duterte made a move to sign and approve of the “overdue” Ease of Doing Business and Efficient Government Service Delivery Act, or the Republic Act  No. 11032, with the presence of Congress leaders on May 28, 2018, Monday.1

The law mandates to make the country’s business environment more engaging and conducive to local and foreign investors. It also promises to make the application easier and faster, having to adopt a unified application form for local tax, building, sanitary and zoning clearances, and so on.

Although the business market is doing fairly well from an outsider’s perspective, the World Bank’s (WB) ranking says otherwise. According to their latest report, the Philippines stands at no. 113, with a Gross National Income (GNI) per capita ($US) of 3,580, and is lagging behind fellow Association of South East Asian Nations (ASEAN) countries like Singapore (no. 2), Malaysia (no. 24) and Thailand (no. 26).2

How well will the Philippines do in the international business market once the act comes into play?

Philippines vs. fellow countries in Asia

On the other hand, India is also known for being a primary industry for call centers. They have over a million employees working at their Business Process Management (BPM) industry, which is similar to the Philippines’. They also offer services including customer support, email support, web design, web development, content writing, proofreading, and accounting among many others.4

Foreign investors and clients usually find Filipinos’ high level of proficiency in English and familiarity with American culture a unique edge among international service providers, like India, and becomes an advantage when more service providers come and invest in our business environment.

Compared to other ASEAN countries, the Philippines is struggling to cope up with the rising infrastructures and economies of its fellows. Singapore, for example, stands at no. 2 worldwide for the ease of doing business rankings, with a GNI of $US 51, 880. Their economy has also been ranked as the most open in the world (2012 Global Enabling Trade Report), seventh least corrupt (2014 Corruption Perceptions Index), most pro-business (2012 World Bank Doing Business Report), with low tax rates (2013 Index of Economic Freedom) and has the third highest per-capita GDP in the world in terms of Purchasing Power Parity (PPP).

As Singapore is highly urbanised, foreign investors and entrepreneurs would want to get their businesses in the country. One can feel really secure with the economy of Singapore, and doing business is relatively easier for their adoption of technological advancements.

However, because of the safe economy, government funding and low taxes, foreign investors whose businesses are not related to finance, biochemistry and industrial engineering might have a hard time in gathering a workforce. In addition, due to the very limited country size and strategic port location, it’s expensive to buy and rent land space in Singapore. The space might cost twice as much compared to neighboring Asian countries.

The law mandates to make the country’s business environment more engaging and conducive to local and foreign investors. It also promises to make the application easier and faster, having to adopt a unified application form for local tax, building, sanitary and zoning clearances, and so on.

Like its neighbor, Malaysia has the fourth largest economy in Southeast Asia, with a GNI of $US 9,850 , and is the 23rd most competitive country in the world, according to the 2017 Global Competitiveness Report. Malaysia’s growth in wages may be slow, but their labor productivity is increasing due to their numerous knowledge-based industries and adoption of digital technology.

Above the slow progress of their wages and salaries, some upper class Malaysians have delved into what they call “experiential luxury” that directly translates to not having to possess material things, rather the experience that those things and actions bring.

In effect, entrepreneurs and investors are looking into businesses in Malaysia that may bring “experiential luxury”, such as amusement parks and trampoline parks that are both exciting and definitely full of experience.

Also, according to Martin Pasquier of Innovation is Everywhere, the proactive steps the government has taken to build a positive infrastructure for the Malaysian entrepreneurship scene has even come to grow foreign startups that find Malaysia an easier place to grow their business than back home. With Malaysia’s diversified population and quality economy, their stand remains in the world rankings.5 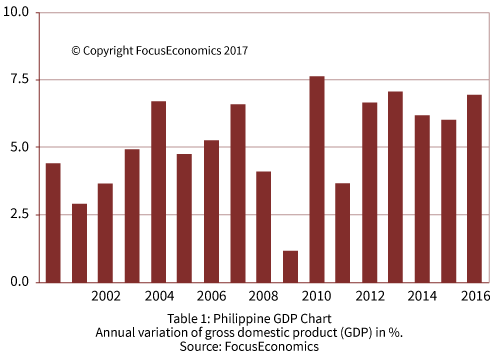 Thailand is doing great economic-wise as they are now found to be a newly industrialised country, heavily dependent on exportation. The country has the eighth largest economy in Asia, with a GNI of $US 5,640, where more than two-thirds are coming from their exports. The country also has a low unemployment rate of one percent as of 2014, due to most of the population doing own-account work or working in subsistence agriculture. Aside from rice, Thailand is also the world’s largest rubber exporter and world’s third-largest exporter of seafood, mainly shrimp.

According to the World Bank, Thailand is one of the ten ASEAN countries, aimed at creating a single market and production base, which enables the free flow of goods, investments, labor and capital within the community. Due to Thailand’s reputation as a hospitable business and travel locale, it hosts numerous trade shows, especially in the machinery, garment, and automobile industries. The country is a hotspot for foreign investment while the tourism industry is growing each year, as per the 2016 report of Alliance Experts.6

A report from ServCorp said that corporate taxes are higher in Thailand than in some other countries in Asia. Currently, there is a 30 percent tax on net profits by Thai companies. Every company registered in Thailand is required to submit audited financial statements and to file a tax return annually with the Thai Revenue Department.7

The Philippine economy in a few years

A huge help in the leap would be the ease of doing business act, the future implementation of the National ID system, and the enhancement of the country’s social infrastructure and human capital investments that could help sustain and build economic growth.

Experts at FocusEconomics said that the economy is expected to grow at a robust pace this year and next on the back of a buoyant expansion in fixed investment, which is benefiting from strong public spending and favorable credit conditions at home. Prospects of an overheating economy and capital outflows due to faster monetary tightening by the U.S. Federal Reserve could, however, weigh on growth. Their panelists predict a GDP growth of 6.6 percent in 2018, unchanged from last month’s forecast, and 6.6 percent again in 2019.9

The newly signed act can bring a possible economic upsurge that would maintain the Philippines reputation as a flourishing nation, which is among the fastest-growing economies in Asia through the years.

FocusEconomics Consensus Fore-cast expects the economy to expand 6.6 percent in 2018, which is up 0.1 points from last month’s estimate. For 2019, they expect economic growth of 6.5 percent.

The Philippines is known to have large deposits of natural resources and as producers of gold, copper and chromite. The newly signed act can bring a possible economic upsurge that would maintain the Philippines reputation as a flourishing nation, which is among the fastest-growing economies in Asia through the years. It would continue to push economic development by attracting foreign investment and ongoing integration in the regional and global market.