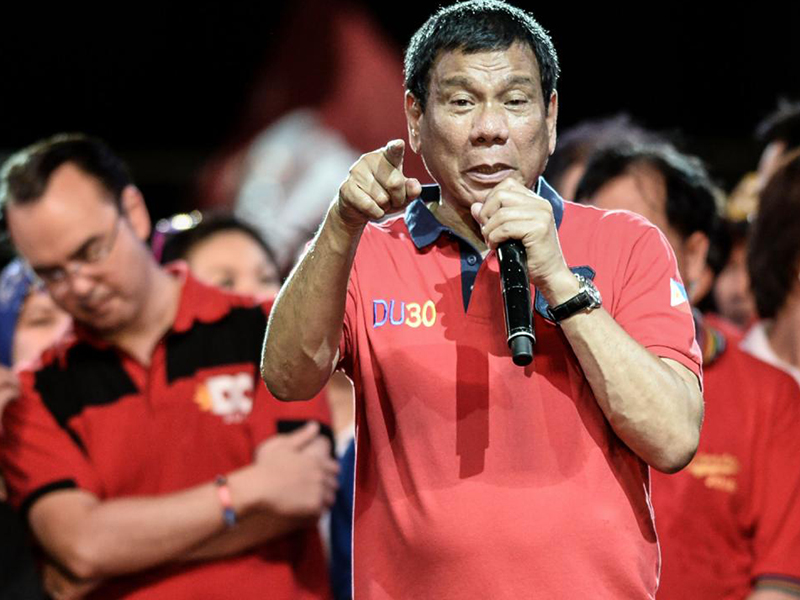 While the Aquino reforms ignited great progress in the Philippines, the new president will favor inclusive growth and greater pragmatism in foreign policies that will shape Southeast Asia’s future.

The international buzz surrounding the presidential election of Rodrigo “Rody” Duterte (71), the longtime mayor of the southern Davao City, has focused on his tough talk about killing criminals and restoring the death penalty. But much of his media coverage misses the bigger picture. Duterte is a pragmatist. His initial appointments suggest that he prefers loyalists and hands-on executives who will deliver on their mandates.

The people of the Philippines elected Duterte to push reform. He hopes to defuse corruption, crime, and poverty. It is a tall order – but one that has been expected since the 1986 People Power Revolution.

Duterte is a pragmatist. His initial appointments suggest that he prefers loyalists and hands-on executives who will deliver on their mandates.

It was during the brutal rule of President Ferdinand Marcos (1965 – 1986) and due to his close relationship with the Reagan administration that the Philippines became known as the “sick man of Asia.” The current (and outgoing) administration of President Benigno Aquino III has contributed to the country’s economic rejuvenation, but has ultimately failed to deliver inclusive growth. On the foreign policy front, Aquino has fostered a bilateral security alliance with Washington, but has failed to deepen economic cooperation with China, the country’s third-largest export market.

From Balancing to Hedging

Since the postwar era, Manila has been Washington’s major non-NATO ally in the region. The American-Filipino relationship rests on the 1951 Mutual Defense Treaty (MDT), the 1999 Visiting Forces Agreement (VFA), and the 2014 Enhanced Defense Cooperation Agreement (EDCA), which allowed the US Navy to return to Subic Bay and Washington to boost its military presence in the country. These measures by President Aquino and his foreign minister Albert del Rosario have complemented the US pivot to Asia, including the plan to move the majority of US warships to the Asian Pacific by 2020.

Duterte, on the other hand, seems to be willing to have bilateral talks with China over the South China Sea. He favors greater economic cooperation with Beijing and has been critical of the US-Philippines alliance. Economic cooperation – Chinese capital and infrastructure investment by the Asian Infrastructure Investment Bank – could accelerate development in the country.

Duterte’s effort to retain US security assurances while boosting economic cooperation with China is reflected in the speculation about Gilbert Teodoro as the next secretary of national defense. In turn, Perfecto Yasay, former chair of the Securities and Exchange Commission, will serve as the acting Foreign Affairs secretary for a year, until the post is turned over to Duterte’s running mate, Senator Alan Peter Cayetano. On the South China Sea dispute, Yasay has stated that the incoming administration would wait for the decision of the arbitration panel in The Hague. While Yasay knows that Manila’s ability to enforce any positive decision is limited, the Duterte administration may think that such a conclusion would strengthen their hand in future talks. The idea is to “exhaust all possible negotiation routes to resolve this matter peacefully because we are not in the position to engage in war with anyone or engage in conflict with anyone.”

To him, federalism is the antidote to bureaucratic centralism – a legacy of old colonial powers and ruling political dynasties that cultivate corruption and patronage.

As President Obama telephoned Duterte to congratulate him on the election win, he highlighted “shared commitments to democracy, human rights, the rule of law, and inclusive economic growth.” In turn, Duterte promised to build on mutual interests, but added that if “there’s no wind to move the sail, I might opt to go bilateral” on issues in the South China Sea.

In Duterte’s view, one-sided cooperation with the US could result in friction not just with China, but also with Islamic extremists and rebellious communists in the southern parts of the country. In light of past precedents, he remains concerned about the potential of US covert operations in the Philippines to destabilise the south in order to foster a broader US military presence in the region.

Duterte supports greater decentralisation and autonomy for the South. To him, federalism is the antidote to bureaucratic centralism – a legacy of old colonial powers and ruling political dynasties that cultivate corruption and patronage.

In peace talks with communists and Muslim rebels, Duterte is likely to rely on Jesus Dureza, who served in the previous Ramos and Arroyo administrations. The communist rebellion alone has left some 30,000 people dead. To restart talks, Duterte could release some jailed rebels. He will also offer four cabinet seats to communists (Agrarian Reform, Environment and Natural Resources, Labor and Employment, as well as Social Welfare and Development).

Dominguez is Duterte’s childhood friend and his future finance secretary. He is a highly-regarded Davao businessman with a long record in the private and public sectors and he is as impatient as Duterte for results.

While Duterte’s economic agenda seems to reflect past policies, it also heralds change. Building on current macroeconomic policy, he seeks reform in order to achieve a more progressive tax system. In the Aquino era, public investment remained too low. Duterte would like to accelerate infrastructure spending to 5 percent of GDP through numerous Public Private Partnership projects.

The growth potential of the Philippines economy is around 6.5 percent per annum, the bulk of which will come from the services, construction, and manufacturing sectors. The future of IT business services is also promising. While Duterte will try to accelerate the pace of current growth engines, he will also push agricultural production and try to relax the economic provisions of the constitution in order to attract foreign direct investment, a task in which the Aquino administration had previously failed.

Duterte would like to accelerate infrastructure spending to 5 percent of GDP through numerous Public Private Partnership projects.

Duterte may appoint Leoncio Evasco Jr. as his chief of staff. A former priest and communist opponent of Marcos, Evasco has served as a mayor and in several administrations. Despite his macho rhetoric, Duterte has a solid record for pro-women policies and plans to appoint more women to high-level government positions. Senator Pia Cayetano, the sister of his vice-presidential running mate, has been tapped to vet more female leaders to join the government.

In addition to strengthening the education system, Duterte plans to foster human capital by expanding the conditional cash transfer program – emulating the successful model of former Brazilian President Luiz Lula da Silva. That will be vital to reducing income polarisation in the Philippines.

Tension and Hope Before the Inauguration

While Duterte would like to unite his country, he does not have full support for his objectives. While the aging communist leader, Jose Maria Sison, Duterte’s old friend, hopes to return home after three decades in exile, such an act would be strongly opposed by senior military figures. Senator Antonio Trillanes IV, a former navy officer who was among the leaders of a failed coup d’etat in 2003, has also warned that concessions to rebels would stop Duterte from being sworn into office on June 30th.

Domestically, Duterte needs stability to signal to the elites that he wants change, not subversion. Internationally, the economic and strategic environment requires a precarious balancing act between the US and China.

Nevertheless, success would ensure more inclusive growth at home and less elevated tensions in the South China Sea. There is now an extraordinary window of opportunity for peace, prosperity, and development in the Philippines. The question is: will all key parties – Manila, Washington, and Beijing – seize the opportunity?

This commentary was originally published by the Georgetown Journal of International Affairs (http://journal.georgetown.edu/dutertes-agenda-for-the-philippines/e ).