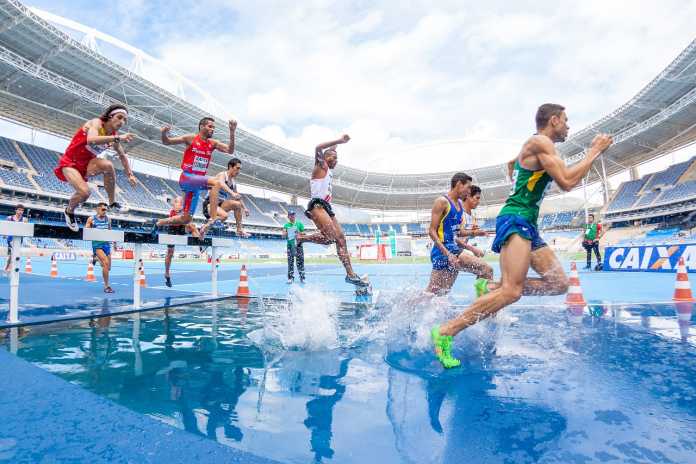 FOX Sports is attempting to reach out to a new audience for its Major League Baseball coverage with the deployment of immersive technology for users of 5G phones. Partnering with Samsung, the technology will allow users to see five camera angles from around the field, allowing them to see the action as it unfolds as if they were there. This comes as a push from FOX to up its sports coverage and engage with new audiences as well as giving existing users an experience befitting current technology trends. What does this tell us about how important smartphones will be for entertainment going forwards?

The FOX Sports app doesn’t just offer the immersive experience, but a whole range of features to engage those with smartphones. The app also allows fans to relive moments from games with the highlights. If something is missed, they can rewind up to three minutes to catch every single second of action. By targeting customers where they are – on their smartphones – and allowing these devices to enable them to watch and engage more with their content, FOX Sports are achieving two goals.

Offering immersive experiences isn’t just something those wanting to modernise sports content can use. Other industries have also been pioneering smartphone technology to augment existing experiences and offerings. For example, Tate Modern partnered with Facebook for its Virtual Wing exhibit in late 2019, which allowed guests to go into the paintings. Scanning the artwork with the Instagram camera brought up more information and the Spark AR experience.

A huge thank you to all of our creative collaborators in 2019.

From imagining the future of museums with a Virtual Wing at Tate Modern to pushing the boundaries of CG liquid simulation for PlayStation, you can discover our highlights here: https://t.co/MlKho3XrcW pic.twitter.com/0ZkrHMXOlk

One of the main reasons for FOX upping its coverage for smartphone users is to target those who engage through their phones. Augmenting physical experiences with mobile versions has been popular across the entertainment industry for some time and companies are using their mobile credentials to secure their place in a transforming digital world, as well as attracting and keeping tech-savvy customers.

Indeed, the entertainment sector is primed to target audiences who may prefer to use mobile devices. For example, podcast company Stitcher offers variants of other shows – such as a podcast version of The Rachel Maddow Show. This leans into the growth of those looking to engage with such entertainment on their smartphones (and through new formats such as the podcast) and away from traditional means such as TV. Similarly, short-form content platform Quibi aimed its smartphone app at audiences who specifically had time to wait while looking at their phones. The episodes run between five and eight minutes, targeting mobile audiences.

Online casino provider Betway make sure to highlight their fully-optimized mobile version of the desktop site to assure players that they are in touch with current tech trends and have guaranteed that the methods the customer wants to engage with are provided. The presence of a mobile version appeals to new audiences. Moreover, the game Zombies, Run! uses your mobile as wearable technology to put you in the game. The in-game pedometer tracks your run and sporadically sends you alerts in-game to run faster to evade imaginary zombies. This shows how traditional concepts can be elevated through the addition of mobile.

Imagine that you are walking through a dark and abandoned alley, and you suddenly hear the groaning and the slow movement of a strange creature. I am pretty sure that even the laziest person would speed up after realizing that a “real zombie” is after him. This is Zombies, Run! pic.twitter.com/S4KUVseLOr

Beyond the realms of entertainment, a mobile-first approach is growing in other sectors. The importance of being able to engage on mobile is clear from the push from professional packages, such as the Microsoft Office suite promoting file sharing between desktop and mobile so that there is a fluid switch between both platforms.

Mobile Still Lags in Some Areas

However, not all areas of entertainment have adopted a mobile slant – Fortnite still sees 71% of its players using consoles and only 12% playing on mobile devices. This tells us that while mobile will be a huge consideration across entertainment in areas such as gaming going forwards, for some things audiences will find the platform that fits how they want to engage best.

It’s clear that in the engaging technologies of the future, smartphones and mobile devices will play a key role. The FOX Sports app’s immersive features shows that it is already a key consideration for those who already engage with a product – Major League Baseball – and acts to bolster this audience, while enticing a new one. In the future, we could expect a greater dependency on mobile versions of entertainment and ways in which to expand physical and traditional modes of entertainment through mobile.