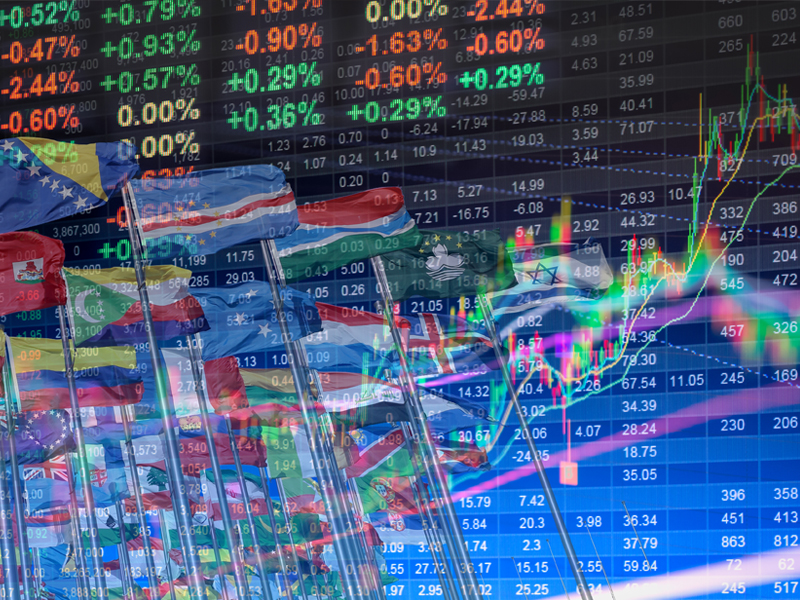 This is Part One of the article, and Part Two will be published in the next edition of the World Financial Review

Tax compliance is one of the many challenges different nations are facing. When we think of wealth owners “hiding” their wealth to evade taxation, Switzerland and the “Swiss Banks” immediately come into mind as key players, but Philip Marcovici sheds light on the fact that the issue is not a Swiss issue, but a global one.

The tax landscape for wealth owning families has been fast changing. Transparency and tax compliance are moving towards becoming the norm. This is a positive development given the financial challenges faced by governments seeking to address the needs of their populations and the growing inequality of wealth. But the road to transparency is not a smooth one.

For many years, the wealth management industry has directly or indirectly supported the misuse of bank secrecy to the detriment of both interested governments and wealth owning families who are increasingly realising that apart from being the right thing, tax compliance can be far cheaper and safer than tax evasion. There have, of course, been a number of voices pushing for transparency and compliance over the years, but the approach of too many in the industry has been to resist change and to perpetuate the ways of the past – which ways are inappropriate in today’s world.

Wealth owning families need to hear the truth, and to be guided by their advisors as to how to best navigate a fast-changing and increasingly transparent landscape.

In the case of the private banking and trust world, secrecy all too often was the basis for planning, with aggressive or outright evasive approaches being adopted on the logic that “no one would ever find out”.  Indeed, private banks and trust companies in a number of jurisdictions marketed bank secrecy and, in effect, tax evasion, as a luxury product, available to those with the wealth and contacts needed to attract them offshore. In this regard, it is easy to think of Switzerland as the dominant player, but it would be a mistake to fail to recognise that the issues of abuse of bank secrecy and tax evasion are not Swiss issues – they are and will continue to be global issues. Interestingly, the US, in a time of increased information exchange, is emerging as a hotspot of undeclared money seeking a new home.

Indeed, private banks and trust companies in a number of jurisdictions marketed bank secrecy and, in effect, tax evasion, as a luxury product, available to those with the wealth and contacts needed to attract them offshore. In this regard, it is easy to think of Switzerland as the dominant player, but it would be a mistake to fail to recognise that the issues of abuse of bank secrecy and tax evasion are not Swiss issues – they are and will continue to be global issues.

The wealth management industry has not done a good job of proactively leading on developments in and around growing transparency. To a large extent, the industry has been reactive, defending the past rather than working out how best to cooperatively address the needs of all stakeholders. This lack of strategy has resulted in the future of the industry being dictated not by the industry itself, but by others, including onshore governments, which themselves are not necessarily achieving their real objectives.

For many years, arguments on behalf of offshore centres seeking to preserve the past have focused on the notion of a “level playing field,” pointing to bank secrecy and the use of opaque structure in countries such as the US as a rationale for continuing past practices. The reality, however, is that onshore countries have every right to tax their residents (and sometimes citizens) as well as foreigners who invest in their countries. But onshore governments need help from those who really understand the world of trusts and other tools used by wealth owners to arrive at ways to balance the need for information with proper privacy protection. The industry failing to recognise this reality has led to a tsunami of over-reaction to the detriment of the industry and the families it serves.

Over-reaction by governments has ranged from punitive and overly-intrusive reporting and taxpaying requirements associated with the use of trusts to aggressive attacks on private banks and others for past practices.

Professionals and the associations that represent them have a special and important role to play in not only educating themselves and their members on global change, but to help educate onshore and offshore governments and to help smooth out the rough road to transparency ahead. To date, the industry has not done enough.

It is time to be far more proactive, to the benefit of all stakeholders.

Philip Marcovici is retired from the practice of law and consults with governments, financial institutions and global families in relation to tax, wealth management and other matters. Philip was a partner of Baker & McKenzie, a firm he joined in 1982, and practiced in the area of international taxation throughout his legal career. Philip retired from Baker & McKenzie at the end of 2009. In 2013, Philip received a Lifetime Achievement Award from the Society of Estate and Trust Practitioners. In 2016, Philip had his latest book, The Destructive Power of Family Wealth, published by John Wiley & Sons.