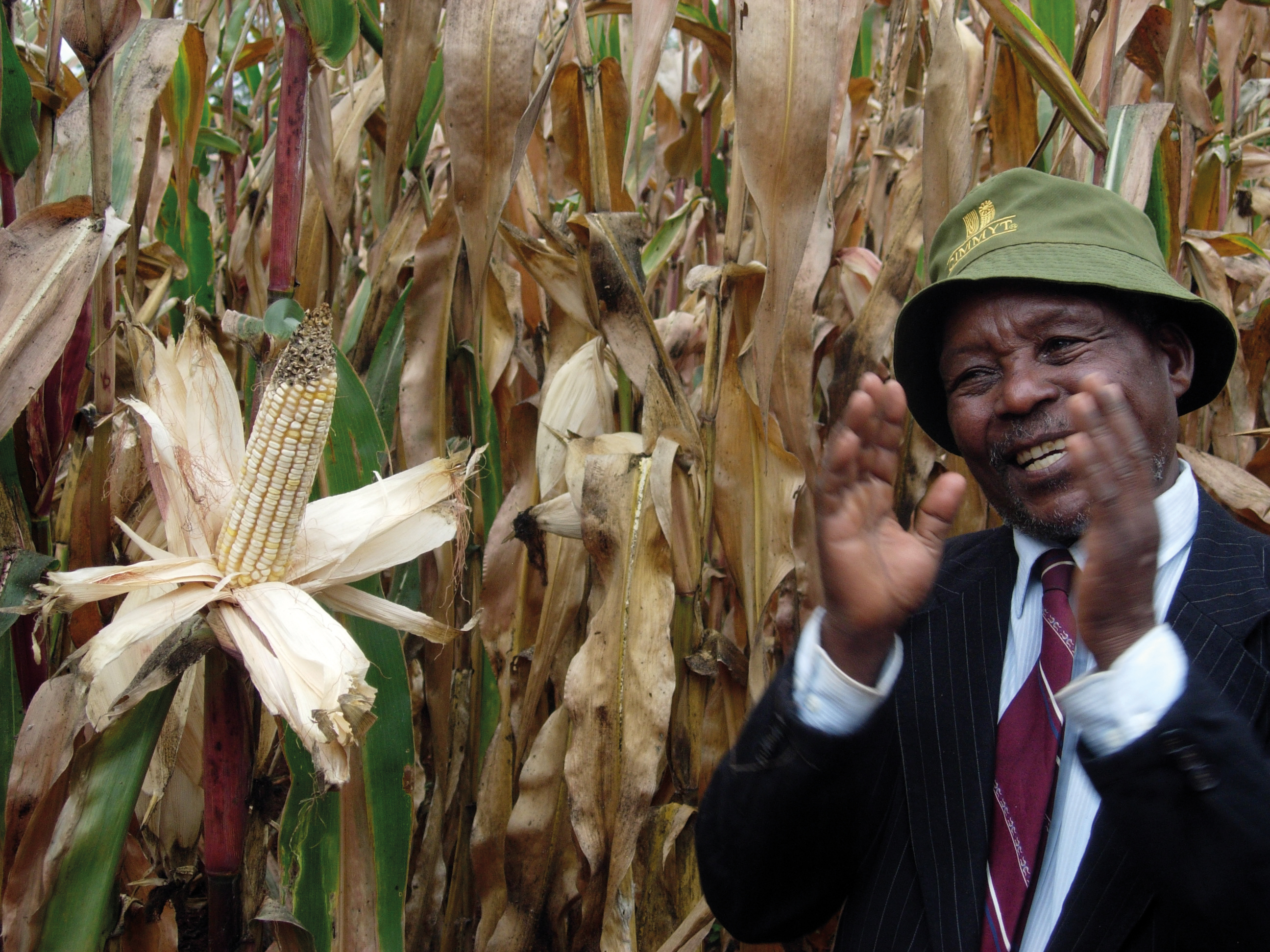 Samuel Kinyua Mwitari, the chairperson of Nthambo Murimi Mwaro (Nthambo’s Best Farmer) Self-help Group, stands next to his plot of maize plants—with husks pulled back revealing mature, full, healthy cobs—to speak to 180 fellow farmers about quality protein maize (QPM), at a farmer field day on 24 July 2006 in the village of Kathaka Kaome in Embu district, Kenya. The farmers learned from self-help group members about new QPM varieties, how to grow them, and their nutritional benefits.

Embu is among the first four districts in Kenya’s Central Province to host QPM promotion trials. Locals traditionally combine maize with beans to make a dish called githeri, but rising prices of beans and other pulses mean that diets in poorer households are increasingly maize-based, and serious protein malnutrition is now common in weaning babies. QPM looks just like normal maize, but contains enhanced levels of the essential amino acids lysine and tryptophan, along with other characteristics that make more of its protein useful to humans or farm animals, and so can stem or reverse protein malnutrition. What is more, at the field day the farmers said they preferred the taste, texture, and appearance of githeri made with QPM.

The QPM varieties being promoted are the result of long-term research involving CIMMYT maize breeders. Supported by the Canadian International Development Agency (CIDA), CIMMYT works in partnership with the Kenya Agricultural Research Institute (KARI) to develop locally-adapted QPM, and with Catholic Relief Services, the Catholic Diocese of Embu, and the Kenya Ministry of Agriculture, to promote QPM on the ground. CIMMYT also collaborates with with two local seed companies, Western Seed Company and Freshco Ltd, and has provided training in QPM seed production and quality assurance, essential for sustainability.

For more information, see CIMMYT’s August 2006 e-news story “The maize with the beans inside: QPM gathers a following in Kenya,” available onlin 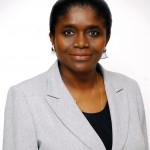