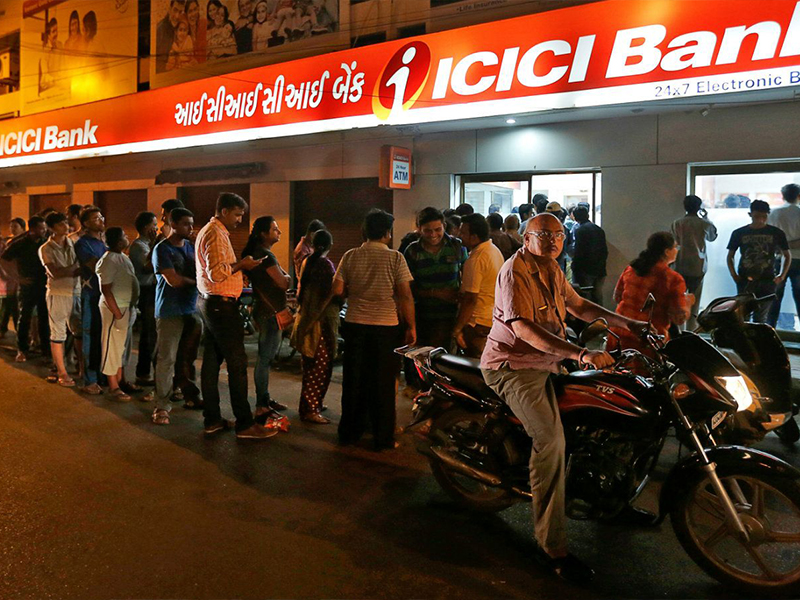 In this article, the authors discuss the recent demonitisation policy introduced by the Indian government in November 2016, and what it means for the Indian economoy now, and in the future.

Demonetisation policy, announced by the honourable prime minister of India and executed on and from midnight on the 8th of November 2016, has provoked a lot of political, social and economic debates across the country and abroad. Social media too didn’t lag behind. Leaving aside debates, in the aftermath of its execution, we have been facing a lot of uncomfortable, unwanted situations. The crunch came when we were either made to wait for hours together in long, serpentine queues in front of a bank to get our legitimate savings (in the form of Rs 500 & Rs 1000 currency notes) exchanged and in the process waste precious working hours or to hunt all over to find an ATM equipped with sufficient cash to cope with the mounting demand. While parents who have fixed their sons’ or daughters’ marriages have been subjected to untold woes for want of cash, people engaged in the informal sector and small businesses have been experiencing a unique “cashless peace”. In the euphoria of demonetisation what seems to have been forgotten is that everything in our daily life boils down to cash in the end.

The over optimistic among us dream that all the big fish of the black market will be hanged on a roadside light post. But the little logical fallacy that bugs them the most is that the “big fish” live next door – a doctor / professor / teacher / lawyer! They attribute the cause of their distress to the neighbours who enjoy extravagant lifestyles. “I cannot buy a car but Dr. X has more than one car”; maybe, “the daktarsaab (medical practitioner) has huge ‘parallel income’”. “I don’t have a job but Mr. Y has just secured one – Oh! It’s obvious, he has enough political connections”, and so on and so forth. Our government exploits this very mindset quite adroitly while introducing an unwise policy measure like demonetisation.

Let us consider the two cogent arguments put forward by our government in support of demonetisation – (a) it would arrest the fake currency, circulating in our economy and, (b) black money would be unearthed and eventually, underground parallel economy would be abolished.

On the face of it, the first argument appears to be more convincing than the second one. But, unless the exact amount of fake currency notes circulating in the economy is proved to be considerable, welcoming such policy may prove to be suicidal for us in near future. It is because, those middle, lower middle and poorer sections of our population, who have preferred to stand in the queue, sacrificing their one or several days’ income, are huge in number and so, loss of their income opportunity as a whole will be colossal.

Saumya Chakrabarti is an Associate Professor of Economics at Visva-Bharati (University),Santiniketan, India. He has also taught at St Xavier’s College, Kolkata; University of Calcutta; and at Presidency University. Dr. Chakrabarti has been a visiting fellow at Brown University, USA. He has published in journals like Cambridge Journal of Economics, Review of Radical Political Economics, International Critical Thought, Economic and Political Weekly, Indian Journal of Labour Economics, among others; and has written books published by Prentice Hall and Oxford University Press.

Pratip Kumar Datta teaches Economics and Mathematics at Rajatpur Indranarayan Vidyapith (H.S.), Bolpur, India. Apart from teaching, he is engaged in serious research work. He had secured his M.Sc. degree in economics from University of Calcutta in the year 1997. He also secured his B.Ed degree from the same university in the year 2006. He has published papers in journals like Merit Research Journals (www.meritresearchjournals.org), Researcher’s Tandem etc. He has presented research papers at different institutes and universities of India like Burdwan University, Rabindra Bharati University, West Bengal State University, Centre for Studies in International Relations and Development etc.