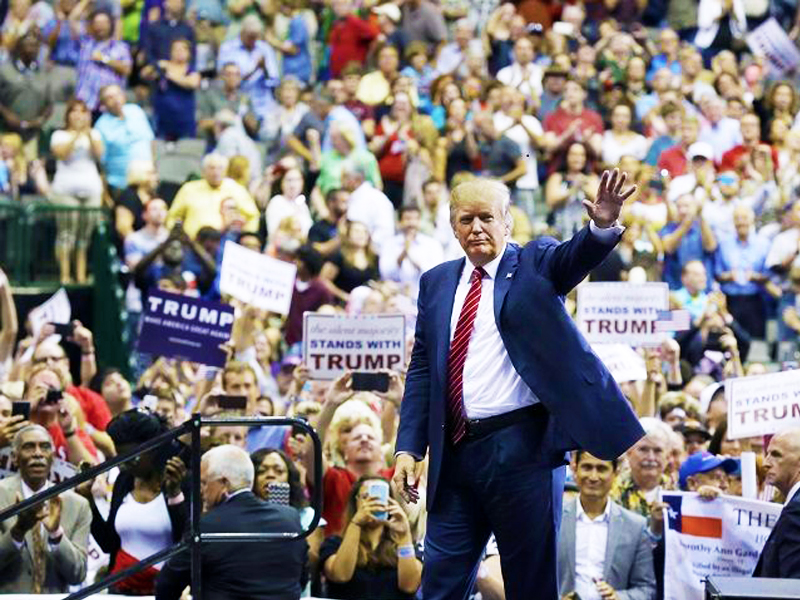 The influx of hundreds of millions of dollars into US presidential elections has undermined the influence of Democratic and Republican leaders in choosing their party’s nominee. This power shift has enabled the campaign of party outsider Donald Trump, as billionaire donors and television executives can now make or break a candidacy before a vote is cast.

Media coverage of the current US presidential election extravaganza – begun in March 2015 and ending, hopefully, mercifully, in November 2016 – has focussed on the pathology of Republican candidate Donald Trump, who, unlike more traditional candidates, takes no pains to disguise his bigotry and cruelty. Overshadowed by the freak show, a significant development has gone relatively unexamined. Both Trump’s victory in the Republican primary process and the surprising success of Bernie Sanders on the Democratic side signal a remarkable decline in the strength of at least one aspect of US political parties. A presidential candidate no longer need be a party insider, or even enjoy the strong support of party power brokers, to claim a party’s nomination.

To understand this shift, one must look to history. The US Constitution, an 18th century document, instituted a presidential system, with the chief executive answering to state-based electors rather than to the US Congress. State lawmakers then codified plurality voting, making US presidential and congressional elections into a series of “horse races” between individuals. This constitutional structure – single-member district plurality, allows for what has been, effectively, duopoly control (Republican and Democratic) of the electoral process, as voting for a candidate from a third, weaker party can be tantamount to wasting your vote.

Both Trump’s victory in the Republican primary process and the surprising success of Bernie Sanders on the Democratic side signal a remarkable decline in the strength of at least one aspect of US political parties.

In the late 19th century, the national power brokers within each party essentially chose their presidential candidates from amongst themselves. Party apparatchiks organised the campaigns and mobilised the voters, often through a system of favours and bribery; the candidates usually stayed home. This was the high point of party power, back when parties were “machines” capable of arranging 75 percent turnout of eligible citizens nationwide on election day (compared to under 60 percent today). Voter loyalty was strong, in part due to ethnic and religious ties, in part because elected officials rewarded constituents with tangible benefits – jobs, cash, government contracts – not simply lip service. In some states, the Democratic Party functioned as a benevolent society and employment agency for the urban, immigrant poor.

In the early 20th century, a movement to reform this “old-boys” system – root out corruption, weaken immigrant political power – led to the adoption of secret ballots and primary elections, wherein primary candidates could appeal directly to voters, ostensibly without approval from party leaders. However, voter discipline made an outsider candidacy unlikely.

Timothy Braatz is a professor of history and nonviolence at Saddleback College, in Mission Viejo, California. He is also a playwright and novelist. His book, Peace Lessons, is, according to one reviewer, “the best introduction to peace studies.” His recent essays, including “Presidential Elections Need Not Matter So Much,” can be found at transcend.org/tms.