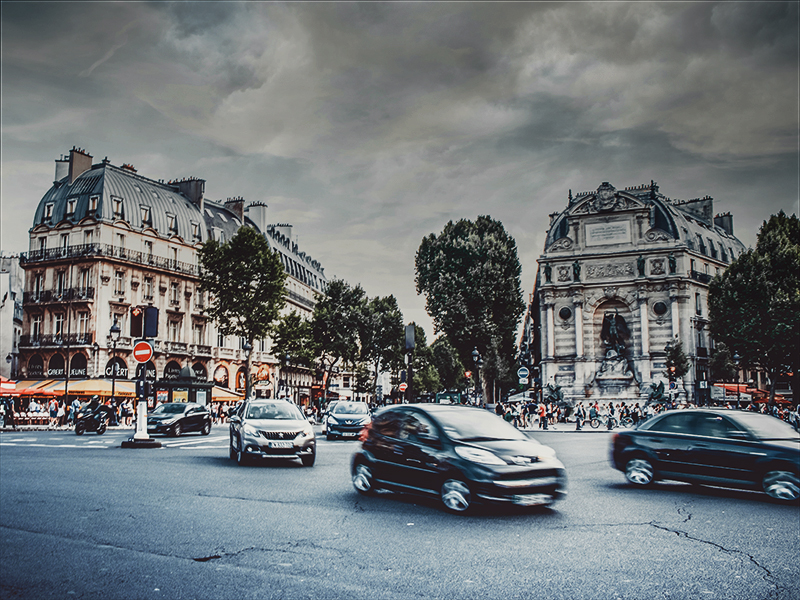 Not only is Europe’s expansionary cycle fading, but the region is about to face challenges that it has to tackle amid growing political fragmentation.

Italy slipped into recession in the fourth quarter of 2018, according to new data. France continues to be haunted by Yellow vests protests. Germany has entered an era of uncertainty. And Brexit overshadows the UK future.

In the absence of Trump’s tariffs, Europe could have benefited from a nascent recovery of world trade, investment and finance. But now even these hopes are diminishing.

Historically, four economies – Germany, France, Italy, and the UK – have accounted for much of the region’s growth. Yet, the expansionary cycle has eclipsed in each.

Through the crisis years, the steady leadership of Chancellor Angela Merkel’s Germany supported European integration and migration. However, the Trump administration’s tariff policies cost Merkel nightmares at home and abroad. The uneasy coalition between her center-right CDU and the center-left SPD has been strained, while the left-leaning Greens and radical right AfD have gained. As a result, the ruling coalition suffered an electoral defeat of the ruling coalition in regional polls. In 2018, German economy grew by 1.5% and continues to slow.

After his 2016 election win, President Emmanuel Macron was seen as Europe’s new savior, though mainly in the U.S. Yet, as a business-friendly economy minister in Hollande’s government, he had alienated most socialists while failing to win over most conservatives. His movement En Marche! served as a façade for French corporate giants in banking, real estate and finance, which he was quick to reward after the election. As Macron’s tax reforms fell disproportionately on the working and middle classes, the Yellow vests movement spread like a wildfire. In the fourth quarter of 2018, French growth slowed to 0.9%, despite Macron’s €10 billion stimulus package to appease the Yellow Vest protests.

In the early 2010s, UK was among the fastest growing EU economies; today, it is among the slowest. In the three months to last November, it grew only by 0.3%. Almost three years since the Brexit vote, there is little consensus on the terms of the UK-EU divorce, despite the looming March deadline. Thereafter, UK is likely to face higher tariff and non-tariff trade barriers, reduced foreign investment and lower migration inflows. Relative to a no-Brexit scenario, the divorce threatens to penalize UK GDP by 5 to 8%.

In the short-term, the Eurozone’s perceived risk is Italy. Now its economy has slipped into recession, for a third time in a decade. The antipathy against the political ruling class is so immense that the country is governed by a coalition of radical right (Matteo Salvini’s League, LN) and radical left (Luigi di Maio’s Five Star Movement, M5S). The friction with the Eurozone has escalated about Italy’s spending plans and debt ratio, which now exceeds 132% of GDP.

If Brussels takes a harder line that would cause havoc in Italian bond markets, which, in turn, could have contagion effects – which is why Brussels waits anxiously, while Rome refuses to budge.

Until recently, European Central Bank head Mario Draghi described the Eurozone’s risks as “broadly balanced between better and worse outcomes.” On January 25, he acknowledged that risks have “moved to the downside.”

Draghi has pledged that the ECB will use all its monetary levers in case the slowdown takes a turn for the worse. Unfortunately, those levers may not be adequate and a new ECB Governor will be elected next November. Theoretically, the lost momentum could be re-captured in a year or two, but that would require a favorable external environment. Thanks to President Trump’s tariffs, worse is likely ahead.

European Central Bank hoped to end quantitative easing (QE) in 2018. Since interest rates remain at zero, they cannot be further cut, even if conditions deteriorate significantly and normalization is likely to be deferred (Figure). What’s more likely is another round of QE – likely through cheap financing programs– to support growth and infuse liquidity. However, the absence of common institutions will prevent the kind of fiscal adjustment that’s possible in the U.S., Japan, and China.

Uncertainty is not alleviated by the fact that critical institutional shifts loom ahead. In addition to Draghi’s expected departure, the European Commission should get a new head in October after Jean-Claude Juncker’s 5-year term. Unless Brexit is significantly delayed in which case Juncker might seek to maintain his position to steer the bloc through the Brexit process.

In May, the election of the European Parliament will be affected by slowing regional economy, migration crises, anti-EU and anti-migration movements. Mainstream right (Christian-Democrats, EPP) and left (Socialists and Democrats, S&D) will continue to shrink, but may still garner 40 to 45% of all seats. Neoconservatives (liberal ALDE) could up their share to more than 10%. The greatest advances are expected among the radical right and the radical left, which together might grab every fourth seat.

Despite the erosion of the federalists in Brussels, the GDP economy remains highly consequential. The EU GDP exceeds $19 trillion; the Eurozone, $13 trillion. The actions of European multinationals, investors and governments have a critical role in shaping global growth prospects.

An independent European foreign policy, as evidenced by Brussels’ stance toward Iran, nuclear weapons and nation-building, is greatly needed as a peaceful balance in a multipolar world.

Nevertheless, a unified, sovereign Europe needs a political rethink before its economic erosion will spread further.