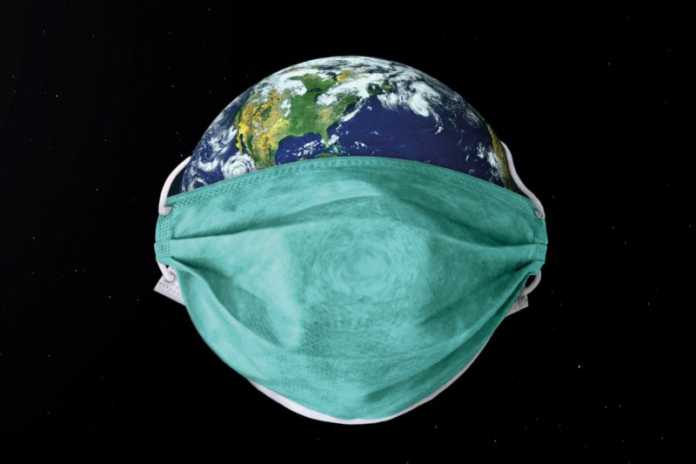 The year 2020 has been a dynamic ride that we can learn a lot from as we moving through 2021 and towards the future. The COVID-19 pandemic that has spread globally has taught us the lesson that the investigation of the causes of a disease and the planning of a mitigation path are extremely important. More fundamentally, this pandemic has forced us to reflect on what we consider important for humanity in a broader sense, as well as to rethink the suitability of the current system for our future.

At the beginning of the pandemic, there were restrictions on movement, travel and gathering, which resulted in a lower level of production in factories and offices. The result was a reduction in carbon and nitrogen levels, and less-polluted air and water globally.[1] At the same time, we have also been spending more time with families as a result of the regulations calling for remote working and home schooling, which has caused some to reflect on the meaning of life and the sense of humanity.

On the other hand, many have been affected by the pandemic in an unfortunate way. Thousands of people have lost their jobs or seen their income reduced, or even lost their family and friends, due to the pandemic.[2] In terms of the environment, the increased use of masks, gloves, plastic bags and hazard suits has resulted in an increase in medical and municipal waste. The pandemic is also testing every country and its people on their ability to manage and cope together in time of crisis.

Thousands of people have lost their jobs or seen their income reduced, or even lost their family and friends, due to the pandemic.

Under the current system and the notion of perpetual growth, this condition of a slowing down in the movement of people and productive activities is regarded as a recession, as it leads to reduced growth of gross domestic products (GDP). Some have argued that this could be what happens when the idea of degrowth, the opposite concept to perpetual growth, is implemented. However, it should be understood clearly that degrowth does not result in recession, but a differently structured system for humans and nature to live in harmony.

Degrowth, which has its roots in the French academic movement, is an idea to re-evaluate what kind of life people should have, apart from material well-being. We have had it instilled in us that progress and development are measured by a growth in GDP, which is a function of production and consumption within a country. However, there has been wide discussion criticising GDP, as it only measures activities that have monetary value, regardless of whether they have a positive or negative impact on society. As an example, the budget for weapons and armaments is included in the GDP calculation, although it does not bring a positive impact on human lives. On the other hand, caring activities for family and society, which do have a significant impact on lives, are not counted in GDP, unless they are commercialised.

Within the field of ecological economics, the concept of growth, which has been measured by GDP growth, is found not to be aligned with the ability of the planet and environment to accommodate its consequences in terms of material growth. It is, then, proposed that we need to slow down the use of materials in order to be aligned with the capability of the earth to emit and absorb the energy. Beyond that, we have to rethink how to shift material wants, to allow other factors to grow, such as activities related to care and the common good.

With the spread of COVID-19, we were forced to rethink which sectors are truly important for the lives of humans. We can see the importance of medical facilities and resources, school and learning activities, and work related to hygiene. We can also see and compare how these sectors have been treated so far with how it should be.

It can be seen that the pandemic is unintentional degrowth, in which, if we prepare the transition well, human beings can have a better life – a life that balances material well-being, the well-being of society, and the importance of nature and the environment. With this slowing down of movement, the pandemic is, in a way, giving us a chance to reformulate what we want to have in our lives. This also gives a break to nature, which has been deeply exploited, to restore its capability to provide the utmost benefit for all the stakeholders of the earth.[3]

The debate regarding whether the origin of the virus was also related to environmental degradation, biodiversity loss and a shift in the habitats of species give us an insight that there should be a change in the way we treat our nature and environment. Beyond the relationship between growth and environment, degrowth also directs us towards other aspects of life that have been neglected in pursuit of the concept of perpetual growth.

Beyond the relationship between growth and environment, degrowth also directs us towards other aspects in life that have been neglected in pursuit of the concept of perpetual growth.

The current proposition has also centred all activities around capital, resulted in the higher acquisition of capital by the wealthy, and created a huge gap between the “haves” and “have nots”. The pandemic also shows that the poor have been deeply affected, while it has had a milder impact on the wealthier part of society. This happens not only within countries but also between them, affecting both developed and developing countries. Developing countries have to request more loans from developed countries, implying a higher burden of debt repayments in the future. Further, the issue of vaccination also shows this gap, since developing countries need to wait for distribution from developed countries.[4]

The above facts are used by the opponents of degrowth to argue that degrowth will only create a recession, destruction and a wider gap between developed and developing countries. However, planned degrowth calls for the realisation on the part of all the stakeholders on earth of the need to balance and cooperate in using resources to achieve the objective of human-centred development. This development has the final objective of human well-being by means of intermediate objectives, such as health, equality, social capital, stable prices, the eradication of poverty, and decreased working time.[5] This calls for a different system by changing the approach towards growth and its long-outdated focus on the acquisition of capital.

The argument that degrowth is also only for developed countries can also be reconstructed to a form in which, together with the developing countries, there should be a shift from material well-being towards better distribution of the essential requirements for developing human well-being. Evidence also shows that countries like Spain, which has a lower GDP per capita compared to the US, have a longer life expectancy.[6] It implies that the essential requirements for human well-being can be achieved without growing monetary and material value any further. The important thing is to ensure a just distribution among society in order for them to reach their optimum potential.

Criticism of GDP growth as the ultimate measure of growth has highlighted several drawbacks, such as a gap within and between society as a result of having capital at its centre, the exploitation of nature, and the proposition of individual maximisation without sufficient care for society.

This pandemic has taught us that imbalances in nature and social metabolism can result in a crisis in health, society and the economy. Having planned degrowth can help all stakeholders to restructure the relationship between humanity, nature and all stakeholders in the earth. This relationship can have a better balance without one dominating the other, to give space for each stakeholder to grow. We can also see that this would provide the momentum for such an alternative system to take a firm root for the future.

Nur Dhani Hendranastiti started her PhD in January 2016, after obtaining an MSc in Islamic Finance from Durham University and BSc in Economics majoring in Financial Management from Universitas Indonesia.