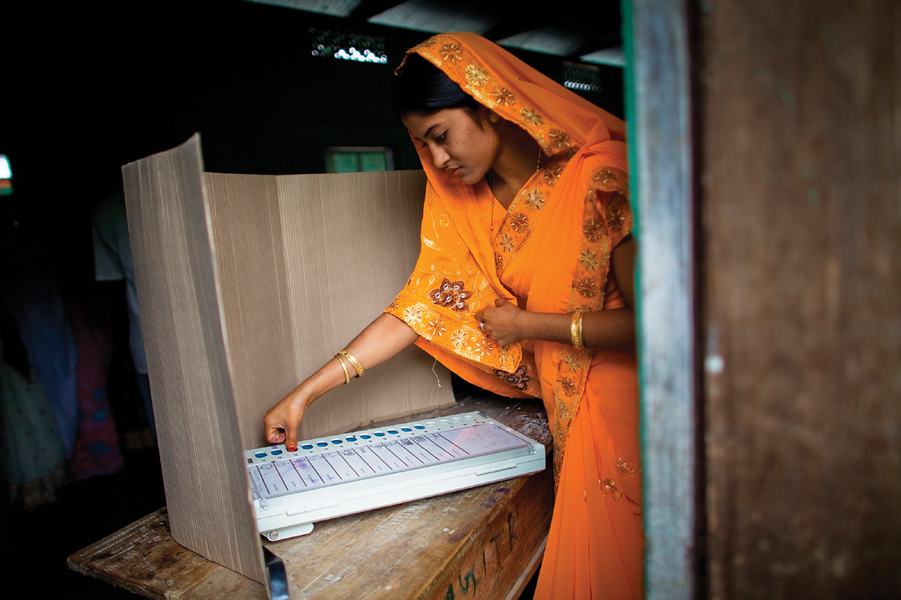 By Bibek Debroy and Laveesh Bhandari 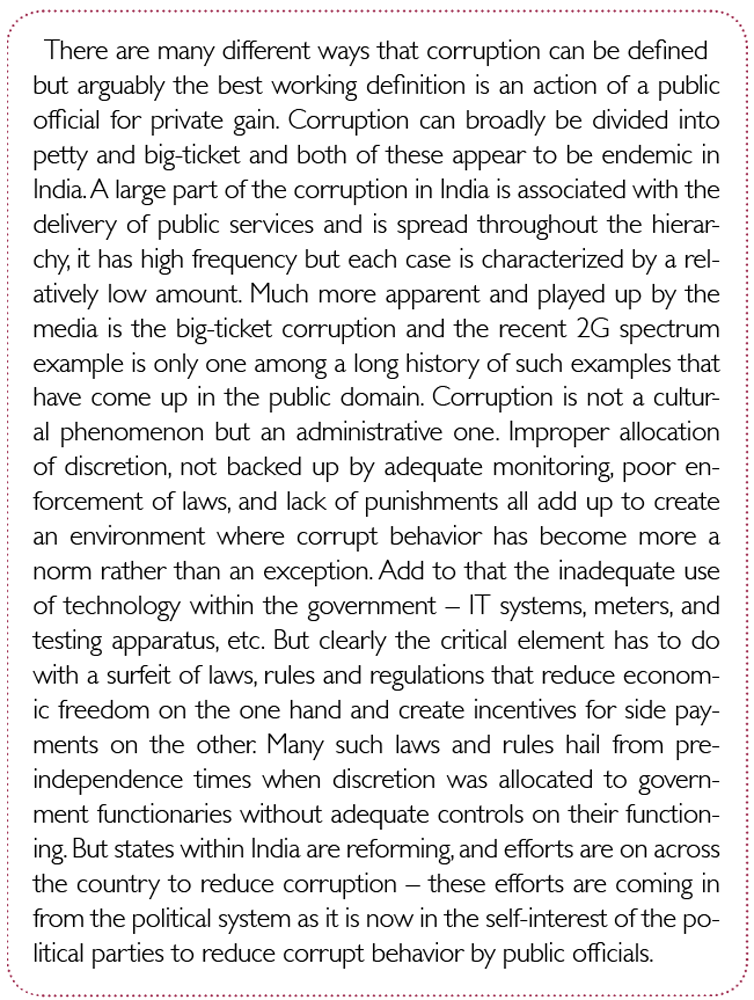 Within this, there is petty corruption, associated with delivery of public services. This type of corruption is different from the big-ticket corruption, such as the scams reported now and in the past. We have had several such instances – Haridas Mundhra (1957), Nagarwala (1971), Antulay and cement (1982), Bofors (1989), Harshad Mehta (1992), palmolein oil imports in Kerala (1992), Telgi (1995), SNC Lavalin in Kerala (1995), Sukhram and telecom (1996), fodder in Bihar (1996), Jain hawala (1997), Ketan Parekh (2001), the Barak missile (2001), Kargil coffins (2002), the Taj corridor (2003), the PDS scam in Arunachal (2004), oil for food (2005), Scorpene submarine deal (2006), stamp papers (2006), cash for votes (2008), Satyam (2008), Madhu Koda and mining (2009), 2-G (2010), Commonwealth Games (2010), Adarsh Housing Society (2010), housing loans by banking and financial institutions (2010), Belekiri port in Karnataka (2010), foodgrains in Uttar Pradesh (2010) and Bellary mines (2011). These are of the big-ticket variety. Although the dividing line between small-ticket and big-ticket corruption is not water-tight, corruption has become an issue in India because the big-ticket corruption has increased. This is more than perception. The monetary values associated with these scams have increased over the years. Not only have they increased in nominal terms, they have increased in real terms too. And since 1991, which is when the present cycle of reforms started, the frequency of scams has also increased. Despite greater external scrutiny by civil society and media, and therefore better reporting, the value and frequency of scams have actually increased. Therefore, this kind of corruption doesn’t ease with economic reforms. If anything, the evidence is to the contrary. Reforms seem to throw up opportunities for big-ticket corruption, as this corruption has links with the electoral process and the role of money in elections.