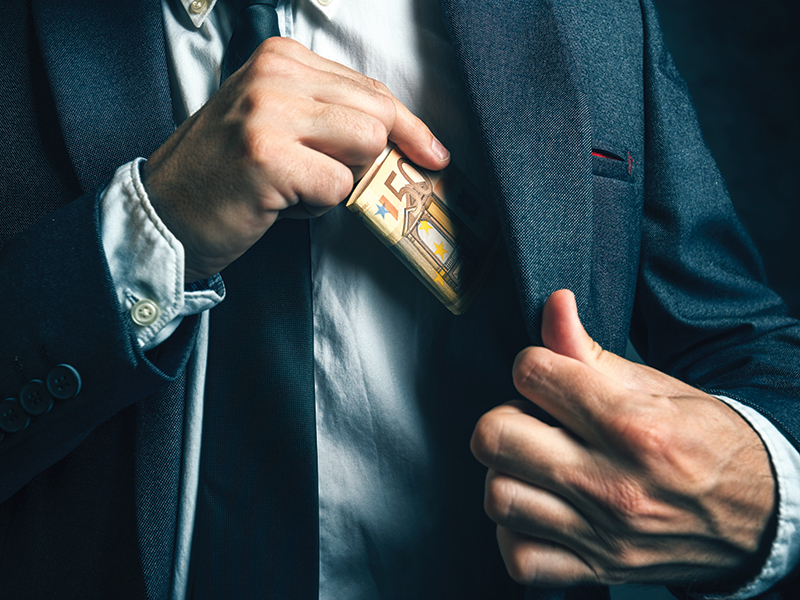 Corruption is a considerable challenge for Governments especially in the developing countries. It has become more serious over the last twenty-five years or so with globalisation and deregulation, which have led to an increased reliance on market forces. Under such circumstances, illegally appropriated money could be transferred abroad, also known as money laundering, which means much less is left for reinvestment into local economies. The author discusses the significant effects of corruption in the developing countries and their people. or reinvestment into local economies.

It is clear that a huge amount of capital is leaving the developing countries, especially from Africa, South Asia and Latin America, while the governments of these countries are often asking the IMF and World Bank for [additional] loans. Such foreign loans have to be repaid in foreign currencies, meaning that these countries have to increase their exports. The majority of the developing and poor countries are very often exporters of primary commodities and minerals, which means that any effort to increase the export of such commodities will simply mean increased supplies; however, if demand remains stagnant, then such efforts will lead to glut in the international market and falling export prices, and despite the fact that the quantities of such products have been increased export earnings will fall due to over-supply.

Over the last decade there has been a significant increase in the study of corruption, and indeed recommendations to control it. In 1998, thirty-eight countries were recognised by the OECD Anti-Bribery Convention. In 2007, the World Bank’s attempts against corruption began by launching its ‘Group Engagement on Governance and Anticorruption’ (GEGA) strategy. The US government also launched anti-corruption drives to reduce corruption with enforcement under the Foreign Corrupt Practices Action. These initiatives clearly show that governments and international institutions are concerned about growing corruption and its negative impact on the developing countries.

Corruption threatens to prevent economic development and prevents political stability. The term itself implies the use of public office for private gain. There are also examples from the developing countries of corrupt income running to billions of dollars by their rulers, like Mobutu in Zaire, Marcos in the Philippines, Mubarak in Egypt and Nawaz Sharief in Pakistan (Siddiqui, 2013). However, in recent decades there have been mass movements against government corruption in several developing countries such as Bangladesh, Egypt, India, Indonesia, Pakistan, Tunisia, Congo and the Philippines, which have resulted in governments being toppled; unfortunately, contrary to expectations, such external intervention did not appear to have much effect on corruption in these countries.

Dr. Kalim Siddiqui is an economist, specialising in International Political Economy, Development Economics, Economic Policy and International Economics. He is senior lecturer at the Department of Accounting, Finance and Economics, University of Huddersfield, UK. He has taught economics since 1989 at various universities in Norway and UK.

• Siddiqui, K. 2017b. “Globalization, Trade Liberalisation and the Issues of Economic Diversification in the Developing Countries”, Journal of Business & Economic Policy, 4(4): 30-43.