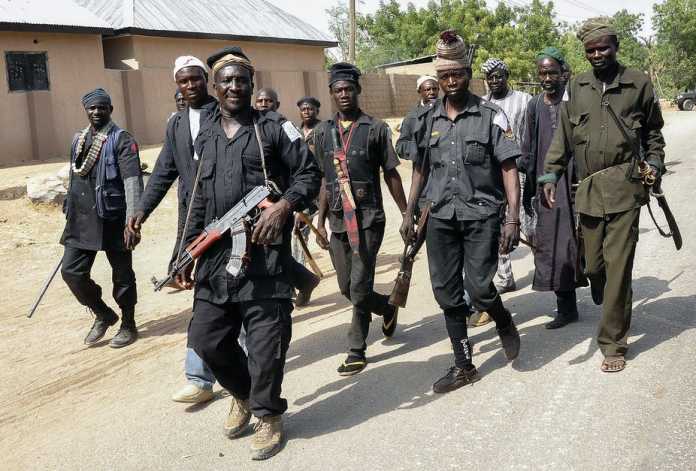 In the past few weeks, news about the massive surrendering of Boko Haram terrorist fighters has dominated the headlines across the Nigerian media. Their repentance is also being followed up with a rehabilitation program under an initiative called Operation Safe Corridor. However, the purported surrendering has raised controversies across sectors, with many questions begging for answers.

Since its emergence in 2009, the Boko Haram terrorist group, whose ideologies and struggle are against western education and democracy, has terrorised northern Nigeria and other countries in the Lake Chad Basin region. It has been 12 years of horror, with tens of thousands of lives lost and millions of people forcibly displaced. The group’s activities have crippled the economy in many parts of the region and rendered many school-age children academically disadvantaged due to its incessant attacks on schools in that region. Given the human and economic loss they have caused and are still causing, never would one have thought the government will one day consider giving amnesty to the ruthless killers. However, that option is now a reality, especially as the rebels are said to be giving up arms in their thousands.

While campaigning for office in 2015, one of President Muhammadu Buhari’s campaign promises was never to give amnesty to Boko Haram because doing so would be “unfair to the system.” The reason behind the dramatic change of mind by the same government is one of the questions on many Nigerians’ lips. Not only are they being pardoned, but taxpayers’ money is also spent on rehabilitating and reintegrating the “surrendered insurgents,” whose repentance is widely doubted among Nigerians. Much like most jihadist fights across the world, the Boko Haram war is more of a battle of ideologies than physical. And given the indoctrination involved, it is hard to see terrorists repent, especially those who have wined and dined with suicide bombers and participated in cold-blood slaughtering of victims. So, it is a question of how soon they will return to their rebellion.

The federal government also seems to have discountenanced the feelings of the affected community members in all of these. The question of whether people really want the terrorists back in their midst seems to have been neglected. Boko Haram has brought untold hardship to many communities across the region. Many families have lost breadwinners and loved ones, some have been rendered disabled, many properties and livelihoods are also lost to the war. Millions were forced to flee their ancestral lands and their community taken over by the terrorists. Sadly, the affected people are yet to recover from the effects, as most promises made by the government to rehabilitate and resettle them haven’t really come to fruition. It is therefore not surprising to see opposing voices from community members who find it hard to imagine having their one-time ‘nemesis’ back in their fold.

Immigration Advice Service gathered that Boko Haram has displaced nearly 2.4 million people in the Lake Chad Basin region, most of whom ended as internally displaced persons (IDPs) in Nigeria. In those IDP camps, there have been reported cases of grave human rights violations, starvation, widespread sexual assaults against women and girls, several other atrocities committed by security forces assigned to protect these terror victims. The camps are also badly managed and porous, and some of them have recorded terrorist attacks.

These internally displaced persons bear some of the greatest burdens of over a decade of violence by Boko Haram and are living witnesses of the horrifying realities that the Jihadists represent. They, therefore, deserve the utmost attention from the government. Many of them have spent years in the camps as the number of residents keeps growing with more terrorist attacks. Efforts to return to their communities have also suffered setbacks as the insurgents relaunch attacks on many resettled areas. Given the severe abuse and deprivation these terror victims have experienced, it is surprising to most Nigerians that the jihadists who inflicted the agony seem to be getting more attention than the victims. So, this most important question, “when are the IDPs going home?” remains unanswered for the umpteenth time.

It is also important to look at the immediate and long-term downsides of this olive branch being extended to the rebels. Amnesty is not a new trend in Nigeria. In 2009, the government of President Umar Musa Yar’Adua granted amnesty to the Niger Delta militants following years of attacks on oil facilities in the region that greatly impacted the country’s economy. The amnesty came with juicy benefits, including loans to start businesses, formal education in Nigeria and abroad, and a monthly allowance of US$400 for every fighter who handed over their weapons. The monthly allowance was far higher than the minimum wage, which was about US$60 at the time. Their leaders were also offered highly profitable and massive contracts in the oil industry, and many of them gained political power in their communities. But the amnesty and its accompanying juicy packages only benefitted only the fighters who were just a fraction of the population, as the government failed to tackle the wider socio-economic grievances in the region. Years after, new militant groups emerged and resumed attacks on oil facilities, which reduced oil production by half in 2016.

Drawing from this past experience, the ongoing amnesty to Boko  Haram fighters may end up creating more problems, especially as the yearnings of the affected victims remain largely unanswered. It could also set a precedent that will attract the emergence of new armed groups in the future. Already, some groups in northern Nigeria are advocating amnesty for the so-called bandits who are as deadly as Boko Haram and have terrorised the country for the past few years. This leaves many people wondering where the government’s priority lies: rewarding crime with financial benefits and pardon or ensuring criminals face justice for their crimes?

In the past few weeks, about 6000 Boko Haram members have reportedly surrendered. In a shocking twist, however, the Islamic States of West African Province (ISWAP), a splinter of Boko Haram, is massively recruiting to replace those repentant members. This shows that the terrorists will remain a big threat to the country’s security as long as they have the resources needed to continue the war.

Many analysts believe the lasting solution is to identify their sponsors and bring them to book. Judging from the rapid growth of the Boko Haram group in the past decade, it is becoming more apparent that the fighters are being bankrolled and aided by powerful individuals who benefit from their activities. On September 13, the UAE federal cabinet named some Nigerians among global financiers of terrorism. An official in the Nigerian government was also said to be involved.

There have also been reported cases of top Nigerian military officers aiding and abetting the terrorists in their heinous activities. While the masses call for naming and prosecuting Boko Haram sponsors, the government, on the other hand, believes the time is not ripe for that as investigations are still underway. The continuous attacks by the Boko Haram group, the ongoing amnesty for the surrendered members, and the refusal to mention those terror sponsors make many Nigerians doubt the government’s seriousness in bringing this decade-long war to an end.

Olusegun Akinfenwa is a correspondent for Immigration Advice Service. A law firm based in the United Kingdom and offering immigration and citizenship services globally. 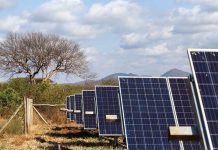