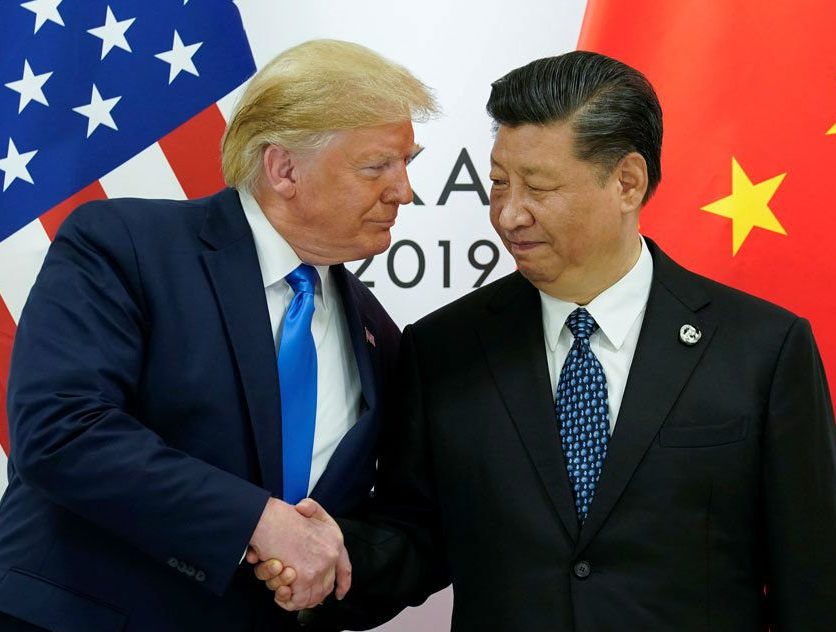 This past June 29, 2019 Trump and China president, Xi, met again at the G20 in Japan in the midst of a potential further escalating the trade war. Has anything changed as a result of their meeting? Or is it just deja vu of their prior G20 meeting in Buenos Aires on December 2, 2018?

In the months leading up to the December Buenos Aires meeting between Trump and Xi, US neocon trade negotiators (Lighthizer, Navarro) had scuttled in May 2018 what was then a pending trade deal negotiated by US Treasury Secretary, Steve Mnuchin, and his Beijing counterparts.  Thereafter, China had refused throughout the summer and fall 2018 to meet with Trump, despite Trump’s repeated attempts to lure Xi back to the bargaining table with threats and ‘happy talk’ praising Xi before the US November midterm Congressional elections. Xi did not take the bait. Trump and Xi finally met again at the G20 in Buenos Aires on December 2, 2018. The outcome was more typical Trump public ‘happy talk’ laced with platitudes about how he and Xi had such a great relationship; how the two countries trade teams would now work toward an agreement; and how Trump in the interim would not impose a further hike in existing tariffs on China $200 billion imports, scheduled for January 2019.  Stock markets began to recover, after their 30% swoon of late 2018, in expectation of a trade deal—assisted at the time as well by the US central bank, the Fed, capitulating in late December 2018 to Trump demands to stop raising US interest rates.

Following the Buenos Aires G20, the two countries’ trade teams resumed negotiations in February 2019 and it seemed were about to reach an agreement once again. But, once again, as in May 2018, the negotiations broke down a second time this past May 2019—once again scuttled by the US neocons and anti-China hardliners who had retained control of the trade negotiations and access to Trump’s ear.

In the aftermath of the Japan G20 meeting of June 29, once more the same ‘spin is in’ that followed the Buenos Aires meeting: i.e. Trump declares publicly he has such a great relationship with Xi; Trump announces there’s a great deal now pending between the two countries; and the US and China trade teams will soon begin again to thrash out the details on the remaining 10% or so of US-China trade differences. In the interim, Trump announced he will withhold imposing his threatened increase in tariffs (this time on an additional $325 billion of China imports to the US).

Dr. Jack Rasmus is author of the forthcoming book, ‘The Scourge of Neoliberalism: US Policy from Reagan to Trump, Clarity Press, September 2019; and the recently published ‘Alexander Hamilton and the Origins of the Fed’, Lexington books, March 2019. He blogs at jackrasmus.com and his website is www.kyklosproductions.com. Dr. Rasmus tweets at @drjackrasmus and hosts the Alternative Visions radio show on the Progressive Radio Network.