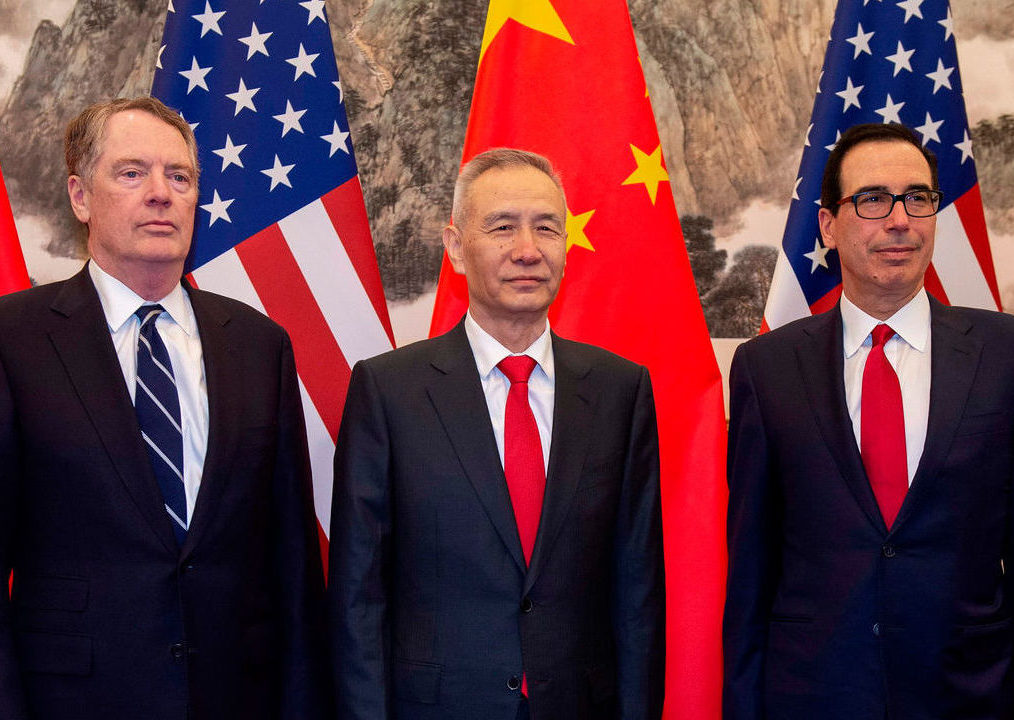 This past week the US and China failed to reach agreement on a new trade deal, despite high-level China representative Lie He meeting in Washington on Thursday-Friday, May 9-10.

In the wake of the meeting, Trump and his administration mouthpieces attempt to put a positive spin on the collapsed talks, while placing blame on China for the break-up.  The ‘spin’ at first was that China had reneged on a prior agreement and changed its terms when they arrived in Washington.  China had caused the breakdown, not the US. The stock markets swooned. Trump quickly jumped in and said he got a nice letter from China president, Xi, and that it wasn’t all that bad.

But make no mistake, a trade negotiations ‘Rubicon’ has been reached. The real trade war may be starting.  Or, it may all be theatre to make it look like both sides are acting tough and that an agreement will be reached this summer. But that scenario may now be fading. Trade wars—like hot wars—have their own dynamic. Once launched, they drive their adversaries in directions they may not have initially sought.

To listen to Trump and his neocons running the US foreign (and trade) policy show now, it was the Chinese. They changed the agreement at the last minute. But who really did the changes? Who set off the process? And how?

If the Chinese backtracked on some terms of the deal, it was clearly in response to the Trump-Neocon trade team initiating the backtracking. Here’s what the Trump team did:

• The US publicly declared the week before that the US would keep tariffs on even after an agreement. This violated the understanding that both sides would remove the new tariffs once an agreement was reached ($100 billion China on US; $250 billion US on China)

• Trump threatened tariffs on the remaining $300 billion of China imports

• The US demanded that China stop subsidizing its state-owned enterprises (SOEs) with low-interest rate loans that put US multinational corporations in an uncompetitive position in China (even as the US continued to subsidize via tax cuts, trade credits, etc.)

• The US indicated it would continue its global efforts to prevent US allies from doing business with China tech companies like Huawei, ZTE, China Mobile, etc. regardless if an agreement was reached.

If one wanted to scuttle negotiations at the last minute, this was certainly a way to do it. And as this writer has been saying for the past year, scuttling is just what the neocon China hard-liners driving the US negotiations have wanted all along. They don’t want a deal to reduce the US goods trade deficit with China, and they are willing to forego China’s significant concessions already made to the US in negotiations on US company access to China markets, if they can’t also stop China’s technology development—especially in the key nextgen technologies of AI, cybersecurity and 5G.

Trade wars—like hot wars—have their own dynamic. Once launched, they drive their adversaries in directions they may not have initially sought.

These are not only the new industries of the next decade; they are also the new technologies with major military implications. Should China reach parity or leapfrog the US in these areas, it could upset the US empire’s military dominance.

From the very beginning of negotiations with China, back in March 2018, the tech issue was central. Neocon, China hard-liner and head of the US negotiation team, Robert Lighthizer, issued way back in August 2017 a warning report that China’s 2025 plan aimed at surpassing the US in these three tech areas. That report promised to show that China was, in fact, stealing US technology from US companies in those areas. Lighthizer’s March 2018 subsequent report than allegedly proved it. The US-China trade war was then launched that month.

Dr. Jack Rasmus is the author of the forthcoming ‘The Scourge of Neoliberalism: US Policy from Reagan to Trump’, Clarity Press, September 2019; and the just published ‘Alexander Hamilton and the Origins of the Fed’, Lexington Books, March 2019. He blogs at jackrasmus.com and hosts the radio show, ‘Alternative Visions’. His twitter handle is @drjackrasmus.

An Investors Guide On How to Apply for an EU Citizenship

6 Things That Make Your Business More Attractive to Investors

U.S. Interest Rates are on a Gradually Buoyant Trend