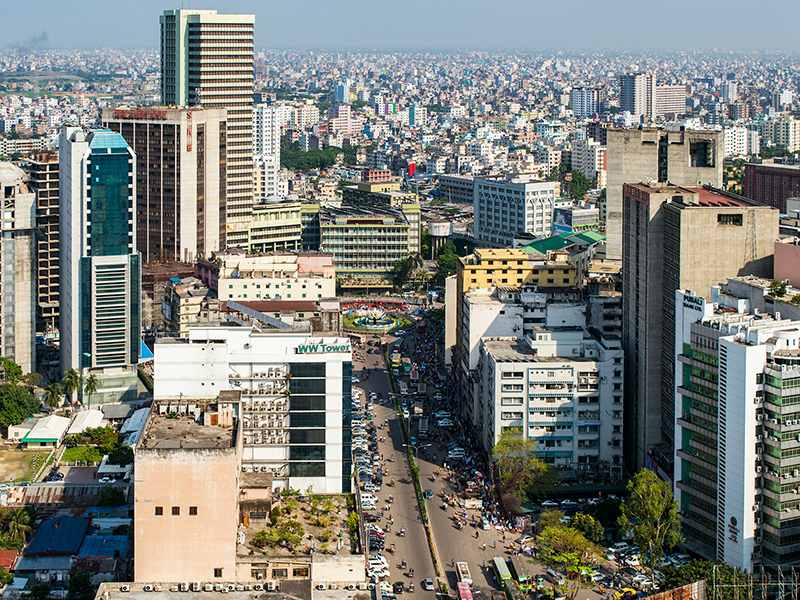 There has been on-going debate about the utility of the ‘free market’ system versus ‘government intervention’ in promoting development policies and wellbeing for general populace. In this article, the author examines the question as to what pattern of development should be adopted if developing countries need to build institutions.

I think institutions are very important in the building of a democratic and economically prosperous country. All the current developed countries have very efficient and transparent institutions to promote growth and prosperity within them, and it is for this reason the developing countries should learn from developed countries regarding the importance of institutions to promote economic advancement. Institutions have to be transparent and professional, such as ensuring an independent judiciary, law enforcement agencies, and bureaucracy in order to attract inflows of foreign capital, facilitate economic development and domestic transformation of the society in general. This will also curtail corruption and malpractice.1 Such policy measures will promote equity and the fair distribution of the fruits of economic growth, as happened in the recent past in the East Asian economies, where the state has played an important role in successfully building institutions.2

The establishment and functioning of any institution is critically dependent on the social, economic and political support it receives from the government. It is assumed that the well-directed and efficient functioning of institutions will ensure a better quality of life for people at large.

Institutions are created as a part of any national building process. Our focus here should be on state sponsored institutions such as the judiciary, police, education, and government officials. The establishment and functioning of any institution is critically dependent on the social, economic and political support it receives from the government. It is assumed that the well-directed and efficient functioning of institutions will ensure a better quality of life for people at large.

Over the last few decades, there has been on-going debate about the utility of the ‘free market’ system versus ‘government intervention’ in promoting development policies and wellbeing for general populace. The question was put forward as to what pattern of development should be adopted if developing countries need to build ‘institutions’. Everyone agrees that there is a need to apply the rule of law, good governance, political stability, transparency and accountability. These policies are important to implement in order to achieve the target of raising the living conditions of the common people. The question arises, though, as to what the purpose of an institution actually is: is it for keeping law and order to maintain the status quo, or for a transformation and real change in society?

Foreign Intervention and Undermining of Sovereignty

A progressive country is where real power rests in the hands of the people, and those in authority are accountable to the people through various structures of accountability. Developing countries need democratic governance, which is transparent, has checks and balances, and the decision-making process engages a wide range of stakeholders and citizens. The democratic process should also enable the weakest and most marginalised sections to participate in decision-making processes and to claim their stakes.

However, foreign intervention in the developing countries hinders the development of independent institutions, and protects the strategic interests of their former colonizers (metropolis). For example, in the first quarter of the 20th century, the British did two major things in the Middle East which affected not just the entire region but the rest of the world; namely, they undermined the peace, prosperity and development of the region.

First, the colonisation of Palestine fitted well with the interests and policies of the British Empire on the eve of the First World War. With the backing of Great Britain, the colonisation project expanded, and became a solid presence in the country after World War I. . The British control was strengthened with the establishment of the British mandate in Palestine (i.e., between 1918 and 1948). The Arabs in Palestine protested British colonialism and Jewish immigration from Europe. Their revolt in 1936, which lasted for three years, failed to change British policy, which was already decided in 1917 when the British foreign secretary, Lord Balfour, promised Zionist leaders that Britain would help to establish a homeland for the Jewish people in Palestine, which is also known as Balfour Declaration (Said, 1993). More than one hundred years have passed since the Balfour declaration was signed, which reminds the promise then made by the British of a Jewish “national home”, while completely ignoring what were notoriously described as the “non-Jewish communities”, then constituted about 92% of the population of the country.3

Under the British mandate, the number of Jewish immigrants increased rapidly, and by the mid-1930s, the Jewish population had risen to around a quarter of the total population, but possessing only 4% of the total land. In 1948, the Zionist organisations decided to expel native Arabs and, by doing so, would create a Zionist state. As Pappé (2009) argues, from its early inception Zionist thinkers propagated the need to ethnically cleanse the indigenous population of Palestine if the dream of a Jewish state were to be realised. The preparation for implementing these two goals of statehood and ethnic supremacy accelerated after the Second World War. Hussein Sharif’s revolt achieved only minor victories over the Ottoman army and failed to mobilise people in any part of the Arab world, despite being subsidised by the British to the tune of  £11 million (around $400 million in today’s money). British officers such as Colonel T.E. Lawrence served as military advisers to Hussein during the revolt. Meanwhile, one month before the Arab revolt broke out, Britain and France had secretly decided to divide the Middle East between their zones of influence, in what was known as the Sykes-Picot Agreement, in 1916.4

Second, Britain provided money and support to Abdul Aziz Ibn Saud to consolidate power in the Najd and finally the Mecca and Medina region, which is now known as Saudi Arabia. The Middle East was seen by the British government as critical to both its strategic and commercial interests. Britain then fully backed the takeover by the Islamic extremist of Wahhabi sect, namely Abdul Aziz Ibn Saud in Saudi Arabia in 1915, while at the same time also assisted the Zionist organisation to take over Palestine and to establish Israel. Both these acts by the British imperialists promoted religious extremism and violence. And both tactical moves were undertaken with the aim of securing the region for imperial strategic interests, in particular the Suez Canal and safe routes to India. British officials described Abdul Aziz Ibn Saud as a desert Bedouin warrior, determined to unify the country and save it from the chaos of tribal warfare. Later, in the 1960s and 1970s, when the US and British hegemony came under threat from nationalism and communism, Saudi Arabia exported radical Islam and its Wahhabi extremism to assist its allies.