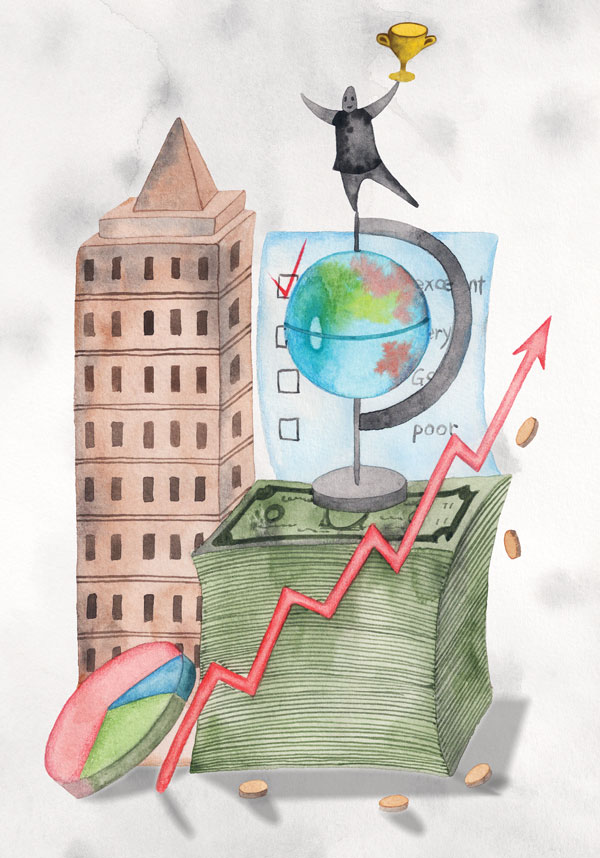 The obsession with quarterly earnings and the inability to learn from the past are probably the two most dangerous trends in finance today. In a study of firms which survive the Great Depression, two World Wars, the Oil Crisis, and the recent Financial Crisis I offer five big ideas how firms can succeed in the long run. It is a story of intelligent conservatism that emphasises the efficient use of resources and a cautious approach towards change.

“No! No! No! Bear Stearns is not in trouble. If anything, they’re more likely to be taken over. Don’t move your money from Bear.” On March 11, 2008 Jim Cramer appeared confident that the New York investment bank will be just fine when a viewer of his CNBC show Mad Money wanted to know whether he should pull out his money. Three days later the Bear Stearns’ stock price fell 92%. Jim Cramer did not look good that day. At the same time he cannot be brushed off as a clueless TV host. Starting of as a stock broker for Goldman Sachs he soon found his own hedge fund in 1987. 14 years later he retired with a commendable track record of 24% average annual return. Jim Cramer made a mistake that is all too common in the world of finance. He offered definite predictions and on top of this did so based on a few financial ratios.

While I do not dispute the importance of key performance indicators I am not comfortable with the notion that they capture a company’s current state of affairs, let alone its future potential sufficiently. In order to achieve this, an understanding of a firm’s business environment, as well as its strategic direction and the ability to implement it is required. “Modern strategy research emphasises that companies succeed if they find a unique position that competitors are unable to copy.” Still, this does not rule out the possibility to offer broad directions. In search for these broad directions I started a research project in 2003. Together with a team of eight (three PhD students and five graduate students) I compared nine 100 year old European companies which outperformed the stock markets by at least the factor 15 over the last 5 decades with nine competitors which were less successful. Our intention was to identify how firms were able to stay aligned with their business environment and hence successful for decades. Five ideas emerged which should help companies to set priorities and investors to pick companies which are on track to enduring success. As a note of caution I want to add that also the Century-Champions were sometimes beaten by their competitors – though they prevailed in the long run.