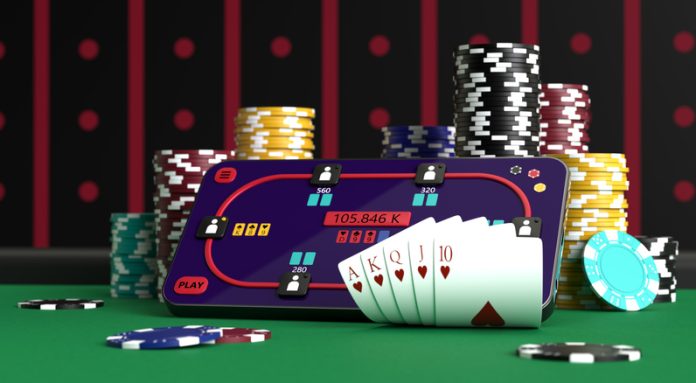 The casino and betting industry has many negative effects, from financial to mental health. However, the thing that has stopped governments from imposing stricter regulations is the revenue that the industry generates in tax.

It’s this income that has encouraged governments to turn a blind eye or has even spurred them on to relax laws even further to generate even more money.

Cash-strapped nations may need this tax income to pay for public services such as schools and hospitals. In this guide, we’ll look at some of the countries that generate the most revenue from betting.

We’ll also take a look at how much money is actually spent in brick-and-mortar casinos, but first, let’s take a look at the growth of the online casino market.

The online casino market has enjoyed something of an explosion in users in the last few years. This, in part, is due to the forced closure of brick-and-mortar casinos around the globe.

It has also been helped by the increased performance and computing power of mobile devices. Apps on mobile phones have made online casinos far more accessible than before. With a few taps of a finger, players can find themselves playing roulette at a live table, with a stream of the wheel spinning in real-time.

Betting companies have been battling it out for a slice of this growing market share, from top mobile casinos in Russia to those in the UK and US. When you look at the figures, you get a sense of just how much money is at stake.

In 2021 alone, the online gambling market had a value of around $57.54bn. This figure is set to increase year on year by 10% between 2022 and 2030, making it a fast-growing and potentially lucrative industry to be in.

With more countries around the world relaxing online betting laws, it’s no wonder that these projections are so high.

How much revenue do brick-and-mortar casinos generate?

Despite the rise in online casinos and the global pandemic forcing many, if not all casinos to close their doors, the brick-and-mortar casino industry remains strong.

This, in part, is due to the growth of new Las Vegas-style cities that have sprung up around the globe thanks to the relaxation of gambling laws.

One of these places is Macau. Despite China having relatively tough laws on betting, Macau stands alone in its relaxed approach. Dubbed the new Las Vegas, more than 50% of the city’s tax revenues are generated by casinos. It generates more than Vegas due to its high taxes, which are between 35 and 40%.

The result of all these establishments globally was a total revenue of $231bn. Around half of that was generated by Asian regions such as Macau and Malaysia. In the US, revenue is predicted to increase each year up to 2024.

Casino tax revenue around the world

There are plenty of countries and states around the world that rely on the income generated by casinos, both online and physical buildings.

In Malta, for example, there are around 287 casinos. This is a huge number for a country that has a population of just over 525,000 people. Despite its modest size, it still manages to generate around €1bn/year in tax revenue, which makes up about 11% of the entire Maltese economy.

The situation is similar in Singapore, though its rise in revenue has been a recent one. The first casino opened in Singapore in 2010. By the 2017/18 fiscal year, casinos were generating around $2bn in tax revenues, which amounted to about 7% of all taxable income for the government.

However, it’s mostly tourists that spend in Singaporean casinos. To dissuade residents from taking part, they must pay a significant fee to visit a casino.

The situation is far stricter for the locals of Monaco. They’re completely outlawed from betting in casinos, yet around 1,300 of them are employed in the industry. Monaco is one of the world’s smallest yet richest nations and gambling plays a sizeable role in its local economy. On average, it generates around €210m/year, making up about 6% of the tiny nation’s GDP.

Lastly, the Philippines is another nation that relies on tax income from casinos, bringing in around $1.5bn/year, and the competition to grow that number remains fierce.