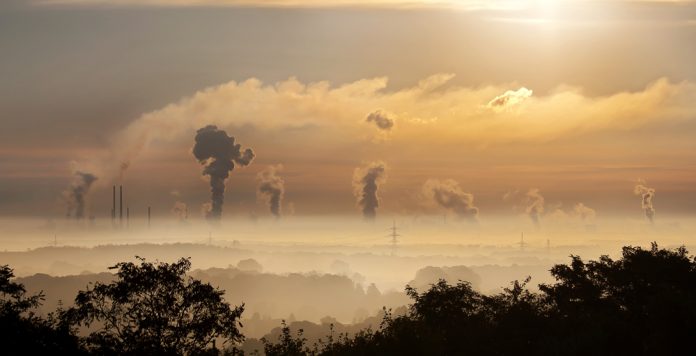 Sustainable investment is on the rise. With discussions about how to tackle climate change dominating policy across the globe, the attention of investors is now turning to the technologies that are presenting viable solutions to climate change. Carbon dioxide might seem an unlikely place to invest. However, with recent parliamentary reports suggesting that adoption of CCUS (carbon capture, utilisation and storage) technologies by businesses and governments alike is essential for hitting net-zero carbon targets, we are now on the verge of a shift in perceptions. Carbon dioxide is being transformed from villain of the climate crisis to an asset.

Policymakers are at last recognising CCUS’s potential for helping to tackle climate change. Most notably for the UK, the Business, Energy and Industrial Strategy (BEIS) committee stated in a report earlier this year that implementing CCUS technology is imperative if we want to meet climate change targets at minimum cost. The report forecasts that the UK will spend 1-2% of its GDP every year (equating to an eye-watering £30-60 billion annually for 30 years) to meet the UK’s net zero carbon goal by 2050. Ignoring the potential of CCUS would be a costly mistake. Concluding that these technologies are ‘crucial’ to the 2050 net zero emissions target, the BEIS report also voiced surprise that, despite the fact that the UK is considered to have one of the most favourable environments globally for CCUS technology, policy support has, to date, been unstable. The report marked a welcome clarification of support for CCUS technology and called on businesses to invest sooner rather than later.

The Business, Energy and Industrial Strategy (BEIS) committee stated in a report earlier this year that implementing CCUS technology is imperative if we want to meet climate change targets at minimum cost.

Following the renewed support for CCUS, the Government also recently announced funding for the UK’s biggest carbon capture project, set to be built by Tata Chemicals Europe in Cheshire. The funding represents a long overdue move from the UK to use carbon capture on a commercial scale: the first project of such a scale was the Sleipner gas field project in Norway, back in 1996. Indeed, globally, some countries are more advanced in their support of CCU than others; Canada, for instance, has funnelled substantial investment into accelerating its carbon economy.

Dr Rowena Sellens is the CEO of Econic Technologies. Her distinguished career in the polymer industry has led to her holding senior management positions in R&D, manufacturing, sales & marketing and general management. Rowena joined Econic from Lucite International where she was firstly Director of Global Research, moving to Commercial Director and then latterly General Manager, EMEA Materials. In addition to her leadership qualities, Rowena has an extensive track record in new product delivery as well as experience commercialising ground-breaking technology.