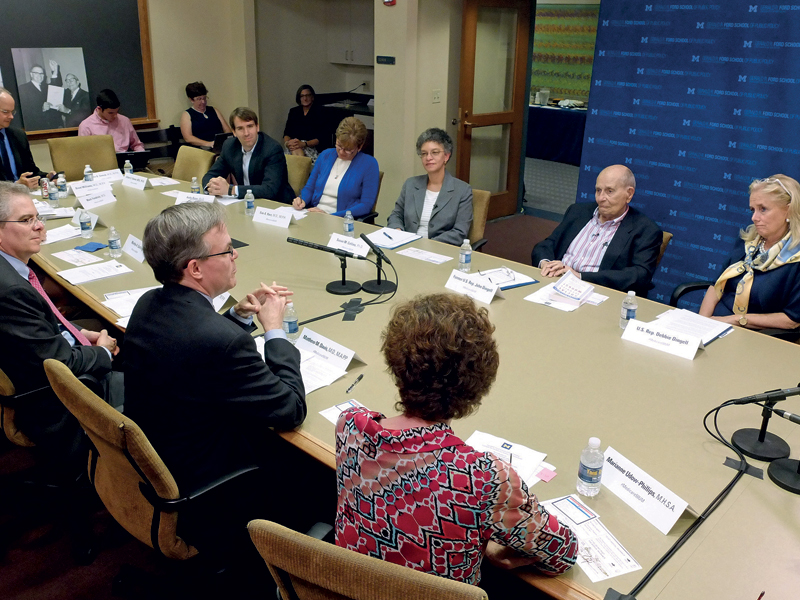 Recourse to a glorious past is of course nothing new in political rhetoric. And Americans suggest that a return to that state – that getting back on that track – should be the goal of American politics.

Recourse to a glorious past is of course nothing new in political rhetoric. But these kinds of appeals do not hearken to America’s Founders and their principles, or to some heroic peaks of achievement and greatness that might inspire us now to live boldly. They hearken to a living memory so powerfully present for many Americans as to seem like the natural state of American life. And they suggest that a return to that state – that getting back on that track – should be the goal of American politics.

The lost golden age at the centRE of these stories occurred in the decades that followed World War II. A great many of our current political, economic, and cultural debates are driven by a desire to recover the strengths of that period. As a result, they are focused less on how we can build economic, cultural, and social capital in the twenty-first century than on how we can recover the capital we have used up. That distinction makes an awfully big difference.

Liberals are especially nostalgic for the economic and political order of that era. Government was growing, the labour movement was powerful, and large corporations in key sectors seemed content to work with government and labour to manage the affairs of the nation.

This kind of analysis is by no means limited to politicians. In fact, it is precisely because such nostalgia characterises the thinking of so many of our most able and important scholars, journalists, commentators, and social analysts that it poses a problem for our capacity for self-diagnosis. Politicians and intellectuals across the political spectrum articulate what we are missing by pointing to what they miss about midcentury America. This inclination is understandable, but its ubiquity means that its blind spots risk becoming our collective blind spots as a nation.

Although liberals and conservatives both frequently look back to midcentury America with fondness, they long for different things about it, and their distinct nostalgias now frequently give our politics its shape.

Yuval Levin is the editor of National Affairs and the Hertog Fellow at the Ethics and Public Policy Center. He is a contributing editor to National Review and the Weekly Standard, and his writings have appeared in numerous publications including The New York Times, The Washington Post, The Wall Street Journal, Commentary, and others. He holds a PhD from the Committee on Social Thought at the University of Chicago and has been a member of the White House domestic policy staff (under President George W. Bush). He is the author, most recently, of The Great Debate: Edmund Burke, Thomas Paine, and the Birth of Right and Left (Basic, 2013).

1. Paul Krugman, The Conscience of a Liberal (New York: W. W. Norton, 2007), 3.
2. Robert Putnam, Our Kids: The American Dream in Crisis (New York: Simon and Schuster, 2015), 1.
3. Barack Obama, The Audacity of Hope: Thoughts on Reclaiming the American Dream (New York: Crown, 2006), 38. Obama seemed to recognize that these rec- ollections were at least a little too rosy, but six years later, as president, he offered a similar ode to the old consensus. “Yes, there have been fierce arguments throughout our history between both parties about the exact size and role of government— some honest disagreements,” he told an audience in Cleveland, Ohio, in 2012. “But in the decades after World War II, there was a general consensus that the market couldn’t solve all of our problems on its own. . . . In the last century, this consensus—this shared vision—led to the strongest economic growth and the larg- est middle class that the world has ever known. It led to a shared prosperity.” Barack Obama, “Remarks by the President on the Economy—Cleveland, OH,” June 14, 2012, White House, https://www.whitehouse.gov/the-press-office/2012/06/14/remarks-president-economy-cleveland-oh.